But you, Bethlehem, in the land of Judah,
are by no means least among the rulers of Judah;
for out of you will come a ruler
who will shepherd my people Israel..
-Micah 5:2, 4, quoted in Matthew 2:6 (NIV) 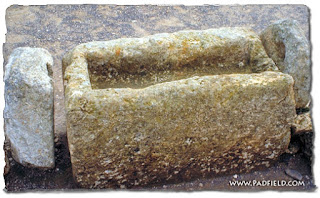 We know where to find the rich, the powerful, the movers and shakers, the VIPs, don’t we? The opinion leaders, the world shapers, they live and work in very specific places.
You find them in Washington, D.C. In London, Paris, Moscow, Berlin, Beijing. You find them moving in the rarefied air of world capitals, in impressive government office buildings and chambers. You find them making policy, writing bills, passing laws, making deals.
You find them in Hollywood, churning out the movies and TV shows we’ll be watching talking about next year, determining by the designers they wear and styles they favor what the rest of us will wear. You find them lending their voices to causes and projects, influencing what the rest of us will care about.
Or you find them in corporate office suites and boardrooms, creating the products and services we’ll buy. You find them making deals and wooing investors and convincing stockholders.
You find them in the financial centers of the world, making transactions that trickle down to affect the interest rates we pay and receive, the value of our homes, the cost of college, the price of a gallon of gas. You find them at universities around the world, teaching the next generation, doing research that affects our health or our understanding of the world. You find them in advertising offices developing strategies that will influence what we buy. You find them in military headquarters, planning operations that can affect even the borders on our maps.
Two thousand years ago, if you wanted to find the rich and powerful, the movers and shakers, the VIPs, you’d have looked in the same kinds of places. You’d have gone to Rome. Alexandria. Antioch. Ephesus. Athens. A little farther down the list, you’d have found Caesarea, and probably a little farther still Jerusalem. In those places, you’d have found the same sorts of people doing the same sorts of things merit a place on the VIP lists of today.
You know where you wouldn’t have gone? Bethlehem. It was a hole in the wall on the way to Jerusalem, known only for who had once lived there, a thousand years earlier. We don’t have cities in America that old, but imagine that we were still calling London the City of Harold I. That was Bethlehem — nothing of significance had happened there since David was alive. If you were looking for the rich, the powerful, the movers and shakers, the VIPs, you’d have gone somewhere else. Anywhere else.
So it shouldn’t surprise us that no one was looking that night for the birth of a King.
Oh, when the movers and shakers heard something about a king being born, they consulted together and decided that the prophecies indicated Bethlehem as a likely birthplace. City of David, after all. But that was after the fact. No one was looking for a King in Bethlehem that night. And, if they were, they would have looked first in the biggest, nicest house in town. It would have taken them a while, even in a town as small as Bethlehem, to find the young, tired couple bedded down with the animals out behind what was likely an average home overflowing with visitors. It would have taken them a while to find a baby wrapped in whatever rags they could find, asleep in a feed trough.
That’s why everybody missed it. We don’t know where in Bethlehem Jesus was born, exactly. Oh, people say we know, but that was long after the fact. We don’t even know the day; December 25th was just a convenient date, though some Christians were celebrating Jesus’ birth on January 6th before that.
In short, we don’t know where or when he was born. That’s because there wasn’t anyone of importance around the mark the date and place. Why would they have been? The important people were elsewhere, doing their important things.
But someone needed to pay attention. Someone needed to mark the event. If the important people had known, they would have had a festival. They would have had a choir in lavish costumes singing praises to the gods and to the newborn king. His subjects would have come to bow before him. His armies would have assembled before him. And so God marked the birth of his Son with a choir of his own, since the VIPs didn’t notice. The ranks of heaven’s armies assembled. But the only people in the whole world that noticed were a group of shepherds in the fields with their flocks.
They were the first to tell the story of Jesus, the first to share the news that the King had been born.
“The Kings of the Gentiles lord it over them…But I am among you as one who serves,” Jesus once said. Our world says it’s preferable to be a mover and shaker, but Jesus was content to be among us as one who serves. And so we who follow him should aspire to the same kind of greatness — the greatness of service.
The VIPs of the world have never been very good at worshipping Jesus. Their solutions never include him. So may this Christmas be a time for us to give up once and for all our need to be VIPs. May we leave behind our compulsions to matter, to be important, to be known and admired, and instead go and bow before him. May we give up chasing dollars and things and security and happiness, and may we leave behind the illusion that the right politicians will solve our problems, and may we stop looking to  celebrities and corporations to tell us how to live the good life.
Go back to Bethlehem. Go back to the fields and hear with the shepherds the proclamation of “good news of great joy that will be for all the people.” Go to that manger, pick your way past the animals, and kneel there before the King.