…Confess your sins to each other and pray for each other so that you may be healed. The prayer of a righteous person is powerful and effective.
Elijah was a human being, even as we are. He prayed earnestly that it would not rain, and it did not rain on the land for three and a half years. Again he prayed, and the heavens gave rain, and the earth produced its crops.
-James 5:16-18 (NIV) 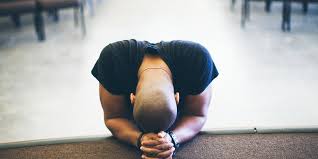