Only be careful, and watch yourselves closely so that you do not forget the things your eyes have seen or let them fade from your heart as long as you live. Teach them to your children and to their children after them.
-Deuteronomy 4:9 (NIV) 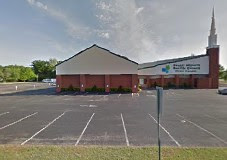 I’ve been thinking a lot lately about the church where I grew up. I guess that’s because I have a kind of unusual opportunity coming up in a few weeks. At the end of the month, I’m supposed to speak at a summer series there.
Well, that’s not exactly true.
The church where I grew up was Hixson Church of Christ on Cloverdale Drive in Hixson, Tennessee, an “unincorporated community in the city of Chattanooga.” The church where I’ll be speaking is Clear Creek Church of Christ on Hixson Pike. (As a side note, people from Hixson don’t appreciate jokes about being hicks. Though I understand the temptation.)
So a lot of folks would argue that the church where I grew up doesn’t exist anymore. That’s one way to look at it. After all, the building is in a different location and the name is different. Another way to look at it is that the church where I grew up is now a Baptist church, since the building is still on Cloverdale Drive but now has a different name. I can understand how someone might think that.
But here’s what I know: the night I speak, some of the people who’ll be there are the people who taught me about Jesus and encouraged me and challenged me and coaxed me along in my walk with him.  Some of them were my best friends from the time I was 5 until I was 20. I went to wakes and funerals for their family members, and when my grandmother died they were there for us. Many of them were in our home, and we were in theirs. Many of them, I’d like to think, have good memories of me. Some of them, maybe, not so much. Some who’ll be there no doubt rolled their eyes as I laughed and whispered in the pews during church. Some there will be the people with whom I was laughing and whispering. (And maybe roll their eyes at the current crop of teenagers…)
Not everyone I knew then will be there, of course. Some have moved on, actually or existentially. Others have taken their places. Things have changed in the 30 years or so that I’ve been away, maybe more than has stayed the same. Still, somehow, it’s the church where I grew up. It’s home.
I’m reminded that the church, whatever else you might attach to that word, is people. It isn’t places or times, schedules or buildings or offices. I still think about Clear Creek as home because of the people who are there, and the relationships I have with them. And those people and those relationships had a lot to do with forming me into a person of faith, a lot to do with who I am even today.
There’s a lot said and written today about what’s commonly referred to as The Church and its inability to reach the next generation. Young adults are walking away from The Church in droves, goes the refrain, and we have to do something to stop it. There is something to that. Some studies say as many as 70% of young adults are leaving the church, and that’s not good.
But, apparently, the church isn’t necessarily leaving them. Other studies suggest as many as 80% of those who leave find their way back.
Life changes. The world changes. Nothing stays the same for long, it seems. When young adults find themselves in new situations, new places, faced with new responsibilities and in new relationships, it shouldn’t be too surprising that they might be absent from the church for a while. And when they come back, it shouldn’t surprise us if the churches they come back to don’t look much like the ones they leave. We can’t expect the next generation to freeze the church into a living time capsule, a walking, talking monument to those who have come before. It doesn’t mean that we’ve failed. Not if we’ve done what has always been the responsibility of God’s people: to teach the wonderful, generous, powerful, and fearful works of God to our children, and their children after them.
All of us who are speaking this month are from the Hixson/Clear Creek church. Most of us grew up there. We all have a topic we’re supposed to address. We’re all speaking on the story of The Prodigal.
You remember that one, right? The story about the son who grows up and decides that life is a little too stifling at home? And so he goes away, and he wastes in a short time what his father worked his entire life to give him. He winds up starving to death in a stranger’s pigpen. And then do you remember what happens?
Yep, he goes home. But before that, he remembers. He remembers his father’s house. He remembers the God against whom he’s sinned. He “comes to himself,” the story says. He remembers what he’s been taught, and he finds his way home, where his father is waiting to receive him.
Sometimes, that’s all the church can do: Be the people who the prodigals remember when they’re at their rock bottom, tell the stories they’ll remember when their own stories aren’t making sense, and welcome them home when they come limping back.
When we don’t tell the stories of God’s grace and faithfulness, we run the risk of forgetting them ourselves. So tell and model the story of Jesus for your children and your children’s children. Do it in families, yes. But also do it in churches. Tell that story, all the time, in all the ways you can think of. Make it the theme of your Bible classes and your worship services. Tell it in your generosity toward those in need. Tell it through deep prayer and holy lives. And sometime, somewhere, a prodigal son or daughter will remember and come home.


He or she may even wind up being the preacher.