Parables sometimes muddy the waters. But sometimes they hold up a mirror so we can see ourselves. This is one of those parables, adapted from Luke 15… 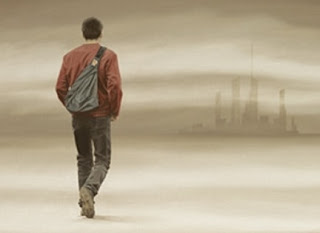 
Taking his son’s hand in his own, he looked him in the eye. “Don’t you see? We have to celebrate.”
Posted by Patrick Odum at 2:13 PM