Therefore God exalted him to the highest place
and gave him the name that is above every name,
that at the name of Jesus every knee should bow,
in heaven and on earth and under the earth,
and every tongue acknowledge that Jesus Christ is Lord,
to the glory of God the Father.
-Ephesians 2:9-11 (NIV) 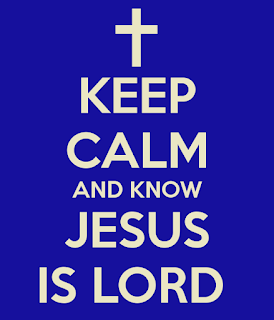 I don’t like writing about politics.
I don’t like it for a lot of reasons. Theologically, my allegiance is with God’s kingdom, and not with any political entity our world divides itself into. Relationally, I know and love and respect people who vote on both sides of the aisle. Practically, I know politics brings out the worst in a lot of us. Personally, I always feel underqualified.
And yet, here I am writing about politics.
Our new President took to the dais at the National Prayer Breakfast this week. The National Prayer Breakfast, if you’re not familiar with it, is a bipartisan meeting hosted by Congress in which political leaders, faith leaders, and invited guests can come together to build relationships, talk about the role of faith in public life, and well, maybe even pray. Every President since Eisenhower has attended.
President Trump solicited prayers for his replacement on Celebrity Apprentice, Arnold Schwarzenegger, since according to our Reality Star-in-Chief the ratings have plummeted since he took over. Just so you know he’s taking the Prayer Breakfast seriously. He also used his literal bully pulpit to talk about how important faith leaders are to him, to thank the American people for praying for him, and to quote Paul in the context of soldiers who “lay down their lives for their friends.”
He talked about growing up in a churched home, about being taught Jesus’ words that “to whom much is given much is expected,” and about his mother’s teaching from the Bible. He talked about his own faith that “lives on in his heart,” his belief that our nation stands for freedoms that were given by God, not government, and that those freedoms apply to all human beings because all are equal in God’s eyes.
I found myself in agreement with all of that. And so I say this:
We should pray for President Trump. Often, and faithfully. Whether you marked his name on your ballot or not, pray for him. Not because you like him, necessarily, but because Scripture tells us we should. Because God uses imperfect people to create the conditions in the world necessary for human beings to live peaceful, quiet lives and for the gospel to take hold in the world. You don’t have to like the things he’s said and done in the past, or even the things he promises to do as President, to make that commitment. In fact, the less you like him, the less you trust him, the more you need to pray for him.
I also say this: Hold him to his better sentiments.


Hold him to his words about all people being equal in the eyes of God, his stated belief that the role of government is not to grant freedoms as much as it is to guard the freedoms already given by our Creator.
Hold him to that when he wants to prevent a refugee mother and child, running from violence, from entering a country that gives them perhaps the best chance of any country in the world to build a new life. Hold him to it. Don’t be mollified into silence by his promises to look out for Christians especially. We don’t need nor do we want special treatment. We follow the One Who gave up his own interests for the lost, broken, forgotten, weak, sick, and sinful — and who calls us to take up our own crosses. If all human beings are equal in God’s eyes, and have all been given the same rights by him, then that applies to Muslims, Christians, Jews, and Atheists. It applies to all races. To citizens of all countries. To those who share the moral and ethical codes of Christianity, and to those who do not. Any government has the right and mandate to make laws for the benefit of its people — but if those laws are not equitable and fair then government fails in its basic responsibility to guard the humanity and personhood of people made in the image of God.
Hold him to his words about faith. Don’t be whipped into a patriotic fervor by his rhetoric about a Secretary of Defense called “Mad Dog” who always wins battles, and wins them quickly. Don’t make the age-old mistake of government of believing that a nation’s security has to do with the size of its army. Don’t overlook the specific words of Scripture in a haze of red, white, and blue lit up by drone strikes and shock and awe. Trust in a strong military and an aggressive national presence in the world is for those who don’t know God or follow the One who chose the way of the cross over the way of the gun.
Hold him to it when he says, “the quality of our lives is not defined by our material success, but by our spiritual success.” That’s correct, and if he or anyone else tries to define quality of life by the growth in our economy, or wants to trade basic human rights for a few more jobs, or wants to prop up CEO salaries on the backs of minimum-wage workers, then they’re wrong and they need to find another way. Hold him to that.
Don’t look to find fault if you voted against him. And don’t blindly accept everything he does and says if you voted for him. If you’re a believer, if you plan this Sunday to gather around the table and share the Lord’s Supper with your church, then you believe that Jesus is Lord. That means something. It isn’t just religious jargon — at least, it isn’t supposed to be. When believers say that Jesus is Lord, they’re also saying that no one else is: not the President, not the party in power, not Congress, not the Supreme Court. To say “Jesus is Lord” is to call into question our nationalistic assumptions about American military might, or economic well-being, or how much we’re loved by our allies or feared by our enemies. If you don’t believe Jesus is King of Kings and Lord of Lords, then fine: you kneel in subservience to whatever American ideals you want to serve. Worship Nationalism, or Nativism, or Capitalism. Bow to the Democrats, the Republicans, or the Whigs if you want to. But if Jesus is Lord, then none of those are. And none should be setting the agenda for someone who kneels to him.
Want a sure-fire way to tell if your politics have taken the place of Jesus as your Lord? If you only hear Jesus defending the platform of your party or ideology, then it’s a pretty good bet someone or something has taken his place in your life. If you can't acknowledge the un-Christian in your own party or candidate or ideology, or what’s good in the other, then you can assume your politics are supplanting Jesus in your life.
I’m praying for President Trump, sincerely and honestly. But I already don’t agree with some of what he’s doing. I have friends who are immigrants, brothers and sisters in Christ, some of them. And if my President wants to stand against them, or wants us on opposite sides of a wall, I’ll follow my Lord in standing with them.
If Jesus is your Lord, then who you voted for in November doesn’t much matter to me. I’ll trust you to stand with Jesus when necessary, too. You don’t need me to tell you that.
Do you?
Posted by Patrick Odum at 1:59 PM