On Change in Church

In the beginning, Lord, you laid the foundations of the earth,
and the heavens are the work of your hands.
They will perish, but you remain;
they will all wear out like a garment.
You will roll them up like a robe;
like a garment they will be changed.
But you remain the same,
and your years will never end.”
-Hebrews 1:11-12 (NIV) 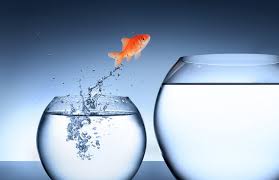 A blog post got me thinking this week about how the church has changed. It dawns on me that after 50 years in church, all 50 of them in the same “tribe,” and almost 25 in literally the same church, I actually have experienced some changes. Not all of these changes apply to the church I’m a part of now; some are differences I’ve only experienced in other places. But here, in no particular order, are the ways in which church is different now than it was in, say, the mid-seventies, when I was old enough to actually pay attention. Funny how so many of these differences have become so ingrained that you don’t even notice them.
The post I was reading when I started thinking of these changes suggested that many of them, at least, were negative: part of what was being called the “juvenilization of American Christianity.” I don’t know that all, or even most, of the changes on my list contribute to making Christianity more “juvenile”: that is, spiritually immature, consumerist, self-centered, and obsessed with feeling good at the expense of intergenerational community and theological literacy. But I don’t know that they’re all (or even mostly) for the better, either.
A couple of things about change in the church: 1) it’s inevitable, 2) its effects take a generation or two to be seen with any clarity, and 3) the pendulum always swings. So don’t imagine that you’ll stem the tide of change by digging in your heels. The church has always been in the process of change, from Day One. James called his church’s assemblies synagogues. Paul’s churches seemed to borrow some things from pagan temples. That way of doing church that you’re tempted to think God dropped the blueprints for down from heaven on Pentecost? It probably displaced some other way of doing church, and probably not as long ago as you think. You might delay change for a while, but it will come, and it will take more forms than you can recognize and trickle through more openings than you can stick your finger in. Change and adaptation are part of being alive, so if you’re feeling a little disoriented by changes in your church maybe take comfort in that truth.
But let’s not be too quick to evaluate a change, either as the greatest thing for the church since the resurrection, or the worst since your church threw out Great Songs of the Church. We’re notoriously bad at imagining where change — or lack of change — might take us and anticipating its effects on those who come after us. Your grandchildren will, invariably, have to undo some damage your generation did; but they may also be believers because your generation had the courage to make some necessary changes. Most of the changes the church wrestles with are neither as beneficial nor as diabolical as we imagine at the time. Patience in times of change is a good thing, patience in wholehearted acceptance or visceral rejection. It will take a while before the effects of those changes become truly evident.
Of course, the pendulum swings back, at least on some changes. We’re already seeing a correction in church architecture, for instance, from pragmatic and utilitarian to increased thought and even theology in design. Many churches are pushing back against what might have been lost in the megachurch boom of the 90’s and 2000’s. Change is rarely permanent, but (back to #1) it is inevitable. Don’t imagine that any changes are “final.”
The writer of Hebrews reminds us, in a mashup of texts from the Jewish scriptures, that everything changes but God. We are creatures, he’s the Creator. Everything that we experience is temporary; he remains. If the heavens and earth themselves will be “rolled up” and changed “like a garment,” why would we imagine that the church can, or should be, unaffected by change? Or that we will, or should, like every change?


However traumatic the change seems, it’s only permanent until the next change.