As Jesus went on from there, he saw a man named Matthew sitting at the tax collector’s booth. “Follow me,” he told him, and Matthew got up and followed him.
While Jesus was having dinner at Matthew’s house, many tax collectors and sinners came and ate with him and his disciples. When the Pharisees saw this, they asked his disciples, “Why does your teacher eat with tax collectors and sinners?”
On hearing this, Jesus said, “It is not the healthy who need a doctor, but the sick. But go and learn what this means: ‘I desire mercy, not sacrifice.’ For I have not come to call the righteous, but sinners.”
-Matthew 23:25-28 (NIV) 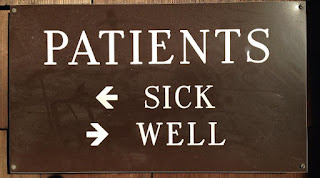 “That’s not what you meant, right, Jesus?”
Simon’s voice carried a little more than he intended, maybe. The conversation that had been going on for the last few minutes, since the Pharisees had approached their little band outside Matthew’s house, came to a sudden stop. Everyone looked at him: Pharisees, disciples, Jesus. Simon could see Matthew, standing just outside the circle looking uncomfortable, and shot him a look that could have peeled paint off a wall. A tax collector – he still couldn’t get over it. Jesus, asking a tax collector to follow him, then eating at his house with all these…these…people! No wonder the Pharisees were talking. Everyone was talking.
They didn’t call Simon “The Zealot” for nothing. It wasn’t that long ago that he and his compatriots would have trampled Matthew’s collection booth under their horses’ hooves. And if that wasn’t enough to push him into a new line of work, they might have just introduced him to the points of their daggers.
He had barely been able to get anything down at dinner. The food they were eating, the house in which they were eating it, had been purchased with the blood, sweat, and tears of his countrymen, stolen without a qualm by their host. Bad enough that he collected the taxes that funded this foreign occupation of the Promised Land. What made it worse was that he funded his own affluent lifestyle with the “surcharges” he collected on top of the taxes. Tax collectors never really tried to hide that those surcharges went right into their own pockets.
And there they had sat, eating at Matthew’s table liked they belonged there. Jesus laughed and traded jokes with his host and all his friends, complimented the food and house, and generally seemed to be enjoying himself immensely. Simon, on the other hand, spent the meal trading astounded looks with the other disciples and glaring at Matthew and his buddies.
So he hadn’t been at all surprised when, as they left the house, the Pharisees were waiting to pounce. They gathered around, looking down their noses at the little group. Their spokesman had stared them in the face, in turn, until they were all looking down at their feet like scolded children. “This teacher of yours – why does he eat with tax collectors and sinners?”
Silence, except for sandals shuffling in the dirt. And then Jesus, approaching the confrontation, threw alcohol on the fire.
“Healthy people don’t need doctors. Doctors are for the sick.”
He said it with a smile, but with steel in his voice, and Simon had been startled to see the Pharisees’ smug self-righteousness melt right in front of them all. He didn’t let them off the ropes. “Go study a little more, and learn what the prophet meant when he said, ‘I desire mercy, not sacrifice.’” Now it was the Pharisees’ turn to contemplate their own sandals.
“I haven’t come to call the righteous, you see. I’ve come for sinners.”
This last, these were the words that Simon was sure he must have misunderstood. Not for the righteous. For sinners. With all this talk of doctors and healthy people and sick people, Simon was getting an unsettling feeling that following Jesus wasn’t going to be what he imagined it was. Surely he had misunderstood, because if he hadn’t then Jesus was saying that following him wasn’t about drawing lines and building walls to keep out the rabble. It wasn’t about reassuring themselves that God loved them. It was about taking that message of God’s open door to those who thought their sins put them outside God’s love and concern.
Everyone looked at Simon, then back at Jesus. Simon swallowed hard, but he wasn’t going to let this go. “I mean, we have to have some standards, right? No one’s perfect, but, let’s face it: some of us are better than others.” He glanced apologetically at the Pharisees, then whispered, “Tell them you don’t mean that the way it sounded. Tell them that they misinterpreted this dinner. Tell them you’re not really welcoming sinners over righteous people.”
Jesus looked at Simon for a moment. He was thoughtful. Quiet. Then he turned to walk back toward Matthew. “Sinner. Righteous.” he murmured, loudly enough so Simon could just hear it. “And which are you, Simon? Which are you?”
And suddenly it made sense to Simon. What Jesus was saying made sense. If Matthew had blood on his hands, so did he. If Matthew had cut corners to get what he wanted, so had he. If Matthew had associated with sinners in the course of his life, so had he. In the end, they were with Jesus for the same reason. He had asked them to follow, and they had wanted nothing more than they had wanted to say yes.
Who was righteous, really? Not Matthew and his friends. Not these Pharisees. Not even him. And yet, by puncturing his self-righteous balloon, Jesus gave Simon something that was, maybe, even better. Acceptance. He knew Simon, just like he knew Matthew. And he loved them as they were, and wanted them to be better. He wanted it enough to live with them, and teach them, and show them.
Simon shook his head and smiled to himself a little. He glanced at the Pharisees. “If you guys will excuse me, I’m going to talk to my friend.” Simon walked over to where Jesus stood talking to Matthew, and he embraced the astonished tax collector. “Thank you, brother, for the hospitality,” he whispered into his ear.


This is going to be interesting, he thought to himself. Very interesting.
Posted by Patrick Odum at 9:02 PM