Not of This World

…As I have often told you before and now tell you again even with tears, many live as enemies of the cross of Christ. Their destiny is destruction, their god is their stomach, and their glory is in their shame. Their mind is set on earthly things. But our citizenship is in heaven. And we eagerly await a Savior from there, the Lord Jesus Christ, who, by the power that enables him to bring everything under his control, will transform our lowly bodies so that they will be like his glorious body.
-Philippians 3:18-21 (NIV)

A couple of weeks ago, a group of evangelical church leaders was invited to dinner at the White House. 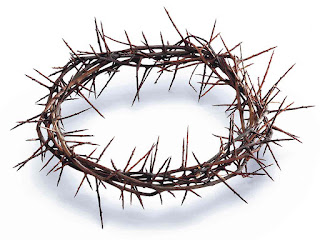 I’m guessing my invitation was lost in the mail. Or maybe I’m not evangelical enough. Or, most likely, I don’t have influence on a large enough bloc of potential voters. (Did that sound cynical?)
The — let’s call him the Host-in-Chief of the dinner — had some words for the church leaders that were present there. Now, before I go on, let me just promise you that I’ll say what I’m going to say again if someone from the other party ever comes out with something like this in a room full of church leaders. But this is the guy who inhabits the White House now that we’re talking about, and so I’m going to come across as critical of him. So, just get ready for that, or stop reading here if you prefer. And know that I pray for the guy and would like to see him succeed. I just can’t let this go by without comment, though.
So, again — room full of church leaders. Pastors, teachers, etc. Not leaders of small churches. They preach to and teach and are read by large numbers of people every week, some of whom hang on their every word. This is why I take it seriously when the President of the United States invites these folks for dinner and then says the following:

He went on to stoke fears of militant action from “violent people” if his party doesn’t do well in the midterm elections. He also talked a lot about getting rid of the Johnson Amendment*, the tax code provision that prevents churches and church leaders from publicly endorsing candidates for office.
“Maybe it’s why you are very plateaued. I hate to say it, if you were a stock, you’d be like, you’re very plateaued,” he said at one point. “They really have silenced you. But now you’re not silenced anymore.”
Well, that’s a relief. We’re not silenced anymore. Maybe now the church will be saved.
So I think I’d like to use my “newfound freedom of speech.” This will be a little weird, having been silenced for so long, so bear with me. I think I’ll use my new liberty to quote some guy whose name I can’t quite remember. I mean, he isn’t a politician or an evangelical church leader, so how important can his name be anyway? But the quote goes something like this: “My kingdom is not of this world."
Jesus said that (I remember now) while on trial before another politician who claimed to have power over him. In response to Pilate’s fear of losing his own power, Jesus answered that power as the world defines it did not interest him in the slightest. The proof, he said, was in the fact that his followers didn’t fight by the rules of those who held power in the world, or those who wanted to take it. They weren’t confronting Pilate’s soldiers. They weren’t appealing to Caesar for an audience. The kingdom of which Jesus is ruler isn’t concerned with the ways in which the world allocates power. It doesn’t care about national boundaries, or party lines, or Imperial governors or Presidents. If the Roman legions couldn’t bring down Jesus’ kingdom then neither, I suspect, would the IRS.
And our President will never be the savior of the church. We already have one, thanks.
I get why he talks the way he does: decades as the head of a real estate and entertainment empire, and a couple of years in Washington, has taught him how to think about power in our world. It’s to be used for personal advantage. It’s to be held onto at all costs. When you have it, those who don’t have it need your influence on their behalf. And they’ll sometimes give a lot of loyalty in return.
The church doesn’t need special treatment secured by loyalty to a politician who won’t give us anything that he doesn’t get back, with interest, in votes and money. We don’t need to be able to endorse political candidates in order to have a message to speak in our world — and, in fact, endorsing candidates gets in the way of that message. If you want to do something for us, Mr. President, then please do what’s right and just for all people — and, when you have to choose, especially for those on the margins of our world. That’s what our King is interested in. That’s what his Kingdom is about.
The danger in all this silliness isn’t that our President believes that his policies can save the church. The danger is that the church might start to believe it. We’ve shown ourselves as having heads that are easily turned by the temptations of power — either having it ourselves or being close friends with those who do. When that happens, we tend to lose our way. We start thinking, like those influenced by power inevitably seem to, about how to get more, and how to use it to our own advantage. We build empires instead of following our Master in proclaiming God’s kingdom and following him in giving ourselves in sacrificial love.
We’re not “one election away” from losing what we have. And, if we are, then it isn’t worth having. The church has never depended on the world’s power brokers to keep it alive, or to keep its “stock” from “plateauing.” If we did, I doubt we would have ever gotten past that night when our Lord and Savior stood before Pilate. We say with Paul that our citizenship is in Heaven. We live for the same kingdom for which the One who died for us lived. And we eagerly await a Savior from there who will bring about resurrection, renewal, and redemption.
I’m going to use my freedom of speech to tell you to vote for whoever your conscience tells you to vote for — or no one, if that’s the way you want to show your loyalty to the Kingdom of God. I’m going to tell you that, whenever some politician on either side of the aisle suggests that a vote for him is a vote for God, you should call that what it is. And I want you to know that the price for any favors any politician wants to offer is too high.
We know who the King really is. Why should we care which pretender sits on the throne at the moment?

*The Johnson Amendment is an amendment to the U.S. tax code, not the Constitution. The President does not have the power to abolish it; President Trump has instructed the IRS not to prosecute violations of it by religious organizations, which they rarely have since the amendment was passed in 1954.
Posted by Patrick Odum at 3:22 PM