I tell you, my friends, do not be afraid of those who kill the body and after that can do no more. But I will show you whom you should fear: fear him who, after your body has been killed, has authority to throw you into hell. Yes, I tell you, fear him.
Are not five sparrows sold for two pennies? Yet not one of them is forgotten by God. Indeed, the very hairs of your head are all numbered. Don’t be afraid; you are worth more than many sparrows.”
-Luke 12:4-7 (NIV) 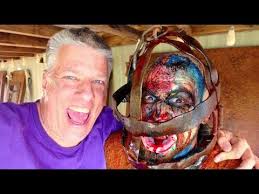 
Next to that, everything that’s ever frightened you is just another costumed pretender.
Posted by Patrick Odum at 2:17 PM