Whatever you do, work at it with all your heart, as working for the Lord, not for human masters, since you know that you will receive an inheritance from the Lord as a reward. It is the Lord Christ you are serving.
-Colossians 4:23-24 (NIV) 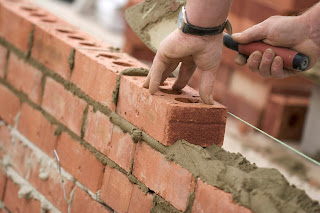 
God has always done secular work. He’s glad that you’re doing it too.
Posted by Patrick Odum at 3:36 PM