“…[H]er many sins have been forgiven—as her great love has shown. But whoever has been forgiven little loves little.”
-Luke 7:47 (NIV) 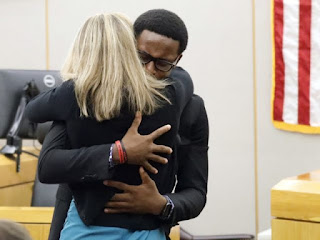 
Maybe it will lead us to truly give our lives to Christ.
Posted by Patrick Odum at 3:17 PM