Just as a body, though one, has many parts, but all its many parts form one body,  so it is with Christ. For we were all baptized by one Spirit so as to form one body—whether Jews or Gentiles, slave or free —and we were all given the one Spirit to drink. Even so the body is not made up of one part but of many. 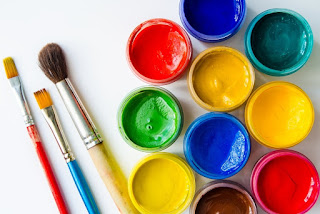 But then I started noticing some things.

I didn't care for the way some people of color spoke and dressed. That wasn’t about seeing color, though, I told myself. It’s just that it doesn’t look or sound good. (Completely ignoring the fact that “good,” to me in this situation, meant “more like white people speak and dress.”)

I started noticing, too, that everyone was saying they didn’t see color. No one was saying the opposite: “Yes, the first thing I notice is another person’s color, and I’m prejudiced toward them.” Every time the subject of racism came up — in school, with friends, at home, at work, at church — someone could be counted on to say it: “I don’t see color.” And everyone else would smile, and nod, and we’d move on to something more interesting as though we’d solved the problem right there.

Thing is, though: If no one sees color, why does racism still exist?

Someone is lying (or at least not being honest with themselves), and they do see color and are perpetuating all the racism in the world, or…

Racism is bigger than that. It’s entangled in our society so deeply that maybe not seeing color is part of the problem, or…

“Seeing color” has nothing to do with racism, or…

All of the above.

I don't want to speak for anyone, and if I’m wrong then I hope someone will correct me, but those who are protesting right now over the treatment of black people aren’t asking that we stop seeing color. They’re asking that we’ll please, please see color. They're asking that we’ll see not only an injustice that’s been carried out against people of color in our country for centuries, but that’s baked into everyday life, and that we’ll finally do something to correct it. They want the rest of us to see that people who are black, brown, red, and yellow are often not treated as equal to white people and that the only basis for that inequality is the color of their skin.

They want to be seen for who they are — including their color — and accepted as equals. Can you imagine how frustrating it must be for them to hear the rest of us say “I don’t see color?”

I get it: you mean well by saying it. But I’m afraid saying “I don’t see color” is just another way of dismissing the problem of racism, waving it away as though it doesn’t apply to me and there’s nothing I can do anyway.

But, sure there is. I can see people of color. I can see who they are, including their color and their culture, and affirm that God loves them as much as he loves me and that I should love them too. And then I can go about loving them the only way you can ever really love anyone — by acting in their interests, even to the point of sacrificing my own.

In Luke 7, Jesus is eating at the home of a prominent Pharisee when a woman “who had lived a sinful life” interrupts the proceedings to wash and anoint Jesus’ feet. It’s an impromptu demonstration of love that the Pharisee, Simon, predictably looks down on. Jesus tells a parable about how a keen sense of being forgiven awakens a fierce love, but Simon doesn’t seem to get the point. So Jesus drives it home by asking him, “Do you see this woman?” What he wants is for Simon to recognize that he has something to learn from this woman, and that his disdain for her and how she’s behaving has made him blind to really seeing her.

It’s funny, I would have thought back when I was saying “I don't see color” that I got that from the Bible. I might’ve quoted something like Galatians 3:28: “There is neither Jew nor Gentile, neither slave nor free, nor is there male and female, for you are all one in Christ Jesus.” I might’ve snapped the Bible shut with a “that-settles-it” finality.

And I would have snapped it shut on passages such as 1 Corinthians 12. That one isn’t as easy to memorize as Galatians 3, but it’s pretty relevant. In that chapter, Paul is building on his idea that the church is the body of Christ, his physical presence in the world. He dwells at length on the point that human bodies don’t work well when all of the parts are the same. He says, “God has placed the parts in the body, every one of them, just as he wanted them to be” — his point being that it’s the same in the church. The parts of Christ’s body vary. They specialize. They’re unique, but united around a common life and purpose.

But hear the implications of that. One is that some parts of the body aren’t allowed to say to or about others, “We don’t need you!” (In the human body, we call that autoimmune disease. The history of the church shows that the body of Christ often suffers from autoimmune disease, too.) Get this: he says that, in the church as well as the human body, the parts that seem weaker are indispensable, and the parts that are perceived as less honorable are treated with special honor. And then this: “God has put the body together, giving greater honor to the parts that lacked it, so that there should be no division in the body, but that its parts should have equal concern for each other. If one part suffers, every part suffers with it; if one part is honored, every part rejoices with it.”

If I read that text correctly, it says that the church ought to see color. We should see each other, and especially see the ways that people of color are treated as weak, less honorable, and less presentable. And then we should treat them with special honor, have equal concern for them as we do folks who have the same skin as we have, and suffer with them in the hope that one day soon we can rejoice with them.

The problems of prejudice and racism seem huge, I know. But there’s hope because of the gospel. And the church — gospel people who are the presence of Jesus in the world — can and should be the one place that can show the world what it looks like when we really see each other, and then treat each other with love.

What a colorful world that could be.