Let us therefore make every effort to do what leads to peace and to mutual edification. Do not destroy the work of God…

So whatever you believe about these things keep between yourself and God.

opinions and mocking, belittling, and openly antagonizing those who have different ones.

Every four years, we elect a new President. It doesn’t seem so unusual now, but when our system was created there weren’t a lot of other examples of working representative governments to go by. It’s kind of remarkable that the voice of the people can so easily unseat those in power. From my perspective, it’s one of the most admirable things about our country.

Unfortunately, it can also cause us to act like complete jerks to each other.

I know of longtime friends who can’t discuss political topics at all. I know families divided along party lines. Sadly, I know of relationships destroyed because someone said something they couldn’t take back in a political argument. All of that’s bad enough.

Worse, though: I know of people who are made to feel as though they don’t belong in a church because they don’t fit with the political ideologies of the majority of the congregation. Some churches have become politically monolithic for that very reason. And, sadly, there are people concluding that Christianity has nothing for them because they can’t reconcile the political opinions they’ve heard voiced in the church with their own convictions. 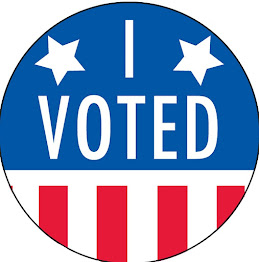 Maybe it’s comforting, in a way, to know that the church was dealing with the tension between competing opinions and ideologies from the beginning.

The Roman Empire, where the church was born and came of age, probably didn’t encourage a lot of political debate. It was an empire, after all. There wasn’t much dialogue about public policy; more like a monologue that began and ended with Caesar. The church likely wasn’t too divided over political parties.

But there was division. In the early days, the church was made up of Jews and Gentiles trying to do what was unprecedented: get along while regarding each other as the people of God. In many ways, their cultures were quite different. They had different views on morality and different ways of thinking about God. While Jewish monotheism and Messianic expectation provided the theological foundation for Christianity, there were many other matters on which there wasn’t wide agreement. Paul deals with two of those matters in Romans 14 and 15: what kinds of food are acceptable and whether or not the observance of Jewish holy days was required of non-Jewish Christians.

This particular debate, for us, sounds awfully strange and not very relevant. Oh, occasionally we’ve applied Paul’s advice in these two chapters to our own debates and differences of opinion, but more often than not we’ve kind of ignored what he says here on matters that are really important to us. I’m convinced, though, that it’s in dealing with those matters that we care about the most that we most need to listen. And, to me, the one phrase that resonates as the church falls victim over and over again to the temptation to divide over political matters is this one: “whatever you believe about these things keep between yourself and God.”

There are matters about which debate isn’t worth the damage it can do. The church should be about kingdom work. It’s OK for Christians to disagree about some things. No one should be placed in a position in which they have to choose between a violation of their conscience and a relationship with a brother or sister in Christ. So sometimes we ought to be quiet. Sometimes it’s enough that God knows what we believe. It’s more important to love your brothers and sisters than to win an argument or get your opinions vindicated.

With that, let me make some suggestions as to how we should approach election season in the church. None of these suggestions require that you change your convictions or adopt the other parties’ platforms or candidates. You can still vote in the way you think the Lord wants you to — or not vote at all, if you prefer.

So, without further ado, here are my suggestions for navigating election season in church with grace, love, and kingdom values:

You may disagree with some — or all — of these suggestions. It would be the height of hypocrisy for me not to give you that freedom. But may we always disagree with grace, with compassion for where differing opinions might come from, and with faithful love that isn’t affected by partisanship.

May we be Christians first, voters second.

And may we give grace to those who vote the other ticket.