I urge, then, first of all, that petitions, prayers,  intercession and thanksgiving be made for all people —for kings and all those in authority,  that we may live peaceful and quiet lives in all godliness  and holiness. This is good, and pleases  God our Savior, who wants  all people  to be saved  and to come to a knowledge of the truth. 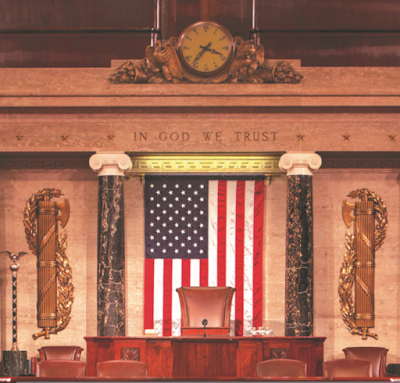 A little over eight years ago, I wrote this about the 2012 election:


It was, by my count, the twelfth time in my life that the United States has peacefully elected a President.

I’m always amazed when it happens. Even a couple of elections ago, when it was weeks before we knew who won, there were no tanks in the streets. No civil war. Even when we elect a new President, the transfer of power is always orderly. In a world where peaceful transfers of power can’t be taken for granted, that’s something to appreciate, even if we sometimes forget to appreciate it.

Well, we managed to do it one more time after that. And then there was this election.

No civil war, but people literally calling for it. No tanks in the streets, not yet, though it’s sounding like we’ll see a lot of troops on Inauguration Day. Hardly a peaceful election. Hardly an orderly transfer of power. Instead, we got a mob forcing their way into the Capitol following the speech of a President still insisting without evidence that the election was stolen. Members of Congress and the Vice-President had to shelter in place. We have credible threats of armed demonstrations in every state capital and D.C. through Inauguration Day. I wrote that I was amazed when an orderly transition happens, but it turns out that I’m more amazed when it doesn’t. It’s still hard for me to believe what I saw.

Most everyone is publicly saying the right things: that the mob scene we saw last Wednesday shouldn’t have happened, that there should be justice, that arrests should be made, that there should be no further violence. I’m thankful we can at least still agree on that, most of us. Congress got back together the same night of the attack and did the work the Constitution requires of them. We did see some courage and leadership.

But so what? I’m not a political commentator. I’m a Christian, and I’m a minister and pastor, and I know that most of the people who care to read what I have to say are Christians as well, the kind of Christians who read wordy, rambling posts like this. So, speaking to Christians, I want to say the following. (If you’re not a Christian, you’re invited to read it as well. Maybe something will speak to you too.)

I know some of my brothers and sisters in Christ are angry and upset over the election. You believe President Trump protected religious freedom, or that he’s pro-life. You’re scared of an America with any Democrat, or this one in particular, in the White House. Maybe you don’t really like President Trump as a person, but you like his policies — or dislike Democratic ones — enough that you wanted four more years for him. I know you don’t share his obvious misogyny, or his disregard for the stories of immigrants. I know you don’t approve of his marital unfaithfulness. I know that there are no perfect Presidents, not in their personal lives, not in their character, and not in their policies. The people we elect never measure up to the character of our King. That’s why we follow him.

That’s what I want to remind you of; if you’re a Christian, you follow Jesus.

Let me be real for a second: Some of what I’ve seen on social media the last couple of months from people who are followers of Jesus is reprehensible. To the degree that we’re guilty of passing on lies and half-truths, we’ve contributed to the current climate in our nation. To the degree that we use incendiary language about those we disagree with, we’re complicit. To the degree that we mock or insult, we’re a part of it. There is no acceptable reason — none — for a Christian to call for violence or war to solve our nation’s problems (but I’ve seen it). There’s no good reason — none — for those of us who follow the One who went to a cross and offered forgiveness to the ones who put him there to excuse violence.

You know how much I suspect Jesus cares about our political opinions? Less than the number of pixels in the period at the end of this sentence.

I say that because Jesus doesn’t tell us to stand up and have an armed rebellion every time an election doesn’t go our way. What we are told is that we should pray for “for kings and all those in authority.” He even tells us what kinds of prayers: “petitions, prayers,  intercession and thanksgiving .” Ask God to guide them, to help them do good and frustrate them when they do evil. Ask him to bless and sustain them in the work that they do. Thank him for giving us leaders, and for the way he does his work in the world through them.

That doesn’t mean that everything they do is the work of God. Doesn’t mean that you can’t or shouldn’t disagree with them when they do wrong. That you should defend them no matter what. That anyone who says something against them is godless. One of the clearest commands in the Bible, though, is that Christians are to pray for our leaders.

That’s because what God wants, above all, is that we live peaceful and quiet lives. “This is good, and pleases  God our Savior,” Paul writes. Whether a conservative or a liberal is in the White House doesn’t make the list. What we ought to be praying about is that our leaders will order society so that we can go about our business quietly and undisturbed. And our business, of course, is to live “in all godliness and holiness.” We don’t need a government to make Christianity the official religion for that to happen. But the less society sees us angry and fighting and the more they see us living godly and holy lives, the better the chances that they will “be saved and to come to a knowledge of the truth.” What’s good, what pleases God, is not that America is Great Again. It’s that people know truth and come to Jesus.

To the extent that we’re contributing to the stench of lies, anger, hatred, and violence in our world, we’re blowing it. We’re blowing it in a huge way.

I’d love to see this: the next time you want to post something critical of your political opponents, do a little more work and post it in the form of a prayer. Something like this:

God, please bless our country during this transition. Please help our incoming President to do what’s best for the most of our citizens, especially those who are the weakest and most vulnerable. Lead him in addressing our worst problems. Give him the wisdom to know what’s right and the character to do it. Frustrate the plans of those who plot evil today. Give those deceived by lies open ears and open hearts. Let justice and righteousness be known. Be with our former President, and give him peace.