“If the Son sets you free, you will be free indeed.… Yet you are looking for a way to kill me, because you have no room for my word.” 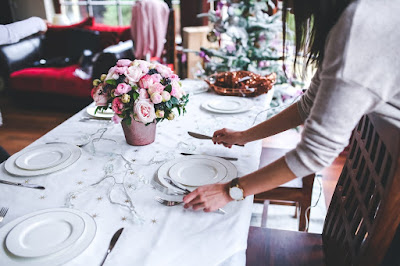 I know you don’t want to read more about what happened at the Capitol two weeks ago. I don’t blame you. But what happened was historically significant, and culturally so, too. So please excuse me for mentioning it, if only to get to what I really want to talk about.

No room for other ideas. No room for alternate points of view. No room for different experiences that might lead someone to a different perspective on the world. No room for the idea that seven million more Americans prefer, at this point in time, a different President in the White House. No room for lawmakers and judges and election officials who won’t support the world they want. And, make no mistake, no room for fellow Americans who don’t have the same view of America that they do.

People who have no room in their worlds for people who are different from them and from the norms they expect will not stop at forcing their way into government buildings. They’ll force their way into workplaces. Mosques, synagogues, and churches. Schools. Even private homes. Given enough resources and emboldened enough, they’ll crash the gates anywhere to find anyone who disagrees with them and silence any critique of the world they want to build. If you think I’m overstating the case, stop and consider. It’s happened everywhere there has been a large segment of society that had no room for an alternate view of the world from theirs.

In fact, that’s where the line has to be drawn, right? People can have different views on any number of issues and work together, serve together, learn together, worship together. They don’t have to compromise their convictions, They don’t have to pretend that disagreements don’t happen. They do, however, have to allow room in their lives — or at least in their worlds — for each other. You’re entitled to your beliefs, and to defend them passionately. But if you lose that ability to allow room for other points of view, you no longer deserve a seat at the table.

An old line, attributed to Voltaire by Evelyn Beatrice Hall, comes to mind: “I disapprove of what you say, but I will defend to the death your right to say it.” I may not like your views, or even you, but there’s room in my world for you. And I’ll do what I can to make sure others give you room, too.

It’s funny — well, maybe “funny” isn’t the right word — but the church has often been accused of not having room for differing points of view. Sometimes, of course, we’ve earned that reputation. But to the degree we’re actually following Jesus, we’re perhaps uniquely qualified to offer room to those who see the world differently. That’s because, theologically, there’s nothing about Jesus that demands we exclude anyone. If you have a different view of Christianity you might be inclined to argue that, but you’d be mistaking what some of us have done with Jesus for the actual Jesus. It’s a fact that some of us have used Jesus to defend our own inability to allow room in the world for people who are different from us, but we didn’t get that from Jesus. That came from our own self-centeredness, our own fear, our own anxiety about change. We just found in Jesus — a radically edited and altered Jesus — a convenient spokesperson.

Jesus, you might remember, is the one who said,

“Love your enemies, do good to those who hate you, bless those who curse you, pray for those who mistreat you. If someone slaps you on one cheek, turn to them the other also. If someone takes your coat, do not withhold your shirt from them. Give to everyone who asks you, and if anyone takes what belongs to you, do not demand it back. Do to others as you would have them do to you.”

I didn’t even have to go out of one chapter of Luke to find those quotes. Later in Luke he told his followers to love their neighbor, and then defined neighbor as the one who needs help, whoever he or she is. Make room for human beings in your world, even inside the boundaries of who you call “neighbor.” Even those who are different from you, even those who at first blush you’d say have no business in your world. Jesus calls us to make room for them and for the needs that they have, and to treat them with care and compassion.

Jesus, in fact, was only really hard on one group of people: those who wouldn’t make room  at their tables, in their world, and in their hearts for someone who was different. He had harsh words for those who would require complete adherence to their view of the world, who would only give acceptance and love in return for total obedience. “Whitewashed tombs,” he called them, because however good it may look on the surface, their way is the way of death. “Hypocrites,” because everything they did was for the applause of the crowd and their own self-interest.

Our world has always been a place where the powerful fail to make room for the weak. It’s always been a place where the privileged refuse to allow the needy the room they need to make their situation better. The pious have not often made room for the sinners. The native-born have often behaved as if there was no room for the immigrant. Whites continue to balk at making room for people of color. And, of course, the point of every election seems to be that one political party crowd the other out of as much room in the halls of power as they possibly can.

But Jesus told his followers to refuse to play by those rules. He said, “whoever wants to become great among you must be your servant, and whoever wants to be first must be your slave— just as the Son of Man did not come to be served, but to serve, and to give his life as a ransom for many.” And shortly before he gave his life to show that there is room for everyone, he prayed that his followers “may be one as [he and the Father] are one," that “they may be brought to complete unity.” In that, he believed, the world might see and believe in him and know the love of God. They might know that there is room in God’s love for them, too.

So, see? To the extent that we really follow Jesus, we will show the world what it means to give room to those who are different, to love those with whom we don’t always agree, and even to show the love of God to those we might consider reprehensible. We’ll reject the importance of winning and holding on to power or being more aggressive or stronger or more ruthless than anyone else. We’ll love each other as Jesus loves us. We’ll make it our life’s purpose to show those around us that there’s room for them among us.

May we make room.