May We Be Trees

Jesus entered Jericho and was passing through. A man was there by the name of Zacchaeus; he was a chief tax collector and was wealthy. He wanted to see who Jesus was, but because he was short he could not see over the crowd. So he ran ahead and climbed a sycamore-fig tree to see him, since Jesus was coming that way. 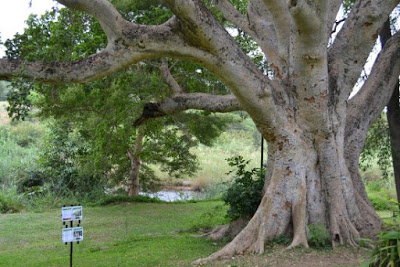 I’ve always liked the story of Zacchaeus. I don’t know what it is, there’s just something about his story that I find — maybe “winsome” is the right word? You have to love a short guy with initiative, right? (In the Greek, he’s described as micro; sorry, that’s just amazing!) I like the way Jesus makes everyone in the crowd uncomfortable by inviting himself to share a meal with the local traitor who’s so corrupt that his neighbors can only refer to him as a “sinner-man.” I like seeing their pompous self-righteousness offended — and I pray that by seeing it I can avoid it in myself. I wonder if, while they were eating, Jesus asked Zacchaeus about work — “So, tell me about tax-collecting” — and if so what Zacchaeus said. Of course, Zacchaeus’ response to Jesus coming into his house is encouraging and inspiring: “Here and now I give half of my possessions to the poor, and if I have cheated anybody out of anything, I will pay back four times the amount.”

I think, though, that what I’ve loved about this story is the one thing I’ve known about it ever since I was a kid and heard it for the first time: this is a guy who’s so entranced by Jesus that he climbed a tree to see him.

I’ve climbed a few trees in my day, but it’s not something I’ve done in a while now. Honestly, it’s something very few adults get the chance to do. Somehow, though, it was the first thing Zacchaeus thought of! It’s called a “sycamore” in some English translations, but it isn’t related to the sycamore we know in America, or even the sycamore of Europe and England. Zacchaeus’ sycamore is a species of fig tree, the kind the prophet Amos took care of when he wasn’t out prophet-ing.

Even though if you know anything about Zacchaeus you probably know he climbed a tree to see Jesus, I wonder if we give the tree enough attention. We sort of treat it like scenery maybe, just part of the set dressing in the story. Sometimes, though, I think it helps to look at familiar stories from a different perspective, and so I want to spend a little time with Zacchaeus’ sycamore-fig tree.

Zacchaeus has a problem when the story begins: he wants to see Jesus, but he’s too short to see over the crowd. Actually, the text doesn’t literally say just that he wants to see Jesus: it says “he wanted to see who Jesus was,” and I think that’s maybe a little different. Zacchaeus, as becomes clear, isn’t just trying to satisfy some curiosity or looking for a great story to tell about the time he saw Jesus. I think Luke chose the language he chose because what Zaccheaus thinks he has in Jesus is a guy who he might like to get to know. More than just laying his eyes on him, Zacchaeus is wanting to see if Jesus is who he thinks he is.

And who does he think Jesus is? Well, reading between the lines, I wonder if Zacchaeus has heard some things about Jesus that make him think this is a teacher who might not necessarily make up his mind about him just because of the line of work he was in. Tax collectors usually made a very good living taking more money in taxes than they had to pass up the line to Rome. As long as Rome got their cut, they didn’t look too hard at how much extra a tax collector might make. So, obviously, you had a system that was full of corruption and favoritism. Zacchaeus is called a “chief tax collector,” meaning that other tax collectors further down the food chain might have had to cut Zacchaeus in on what they took, kind of an Ancient Near Eastern pyramid scheme.

So it’s probably no surprise they called Zacchaeus a sinner. At best, he would have been taking the money of his countrymen to give to an occupying nation. Even if he didn’t cheat them — a huge “if” — they would have assumed that he did.

Zacchaeus, though, has this idea that maybe Jesus won’t make that assumption. Or, at least, that maybe this is a guy who will care about him and believe that there’s more to him than the job he does.

So he has a problem: he wants to see if he’s right about Jesus, but he’s too short to even lay eyes on him over the heads of the crowd.

Enter the solution to his problem: the tree.

And it occurs to me reading this story for the umpteenth time: I want to be a tree. I want my church to be a tree.

I’ve just finished reading a Vanity Fair piece about a well-known church leader, a pastor to celebrities, who brought turmoil to his church by a very public extramarital affair. His bad behavior goes back years, and it includes much more than just that. It extends to mistreatment of people who worked with and for him, and favoritism toward the wealthy and famous.

Reading about his failures reminds me to just be a tree. You too: just be a tree. Just be there to help people when they’re ready to really see who Jesus is. Be there to boost them up when they can’t see past those who despise them and look down on them for the less-than-honorable things they’ve done, be there to raise them up so they can at long last get a good look at Jesus. Trees don’t convince. They don’t argue. They certainly don’t flatter or manipulate or abuse, and they don’t need to have their egos stroked. Trees, like Zacchaeus’, are even OK with being stepped on a little if it means that people get to see who our Lord is.

I really don’t think most people who reject Jesus do so because of Jesus. I’ve heard very few people say that they don’t want to be Christians because of anything they’ve seen or heard from Jesus. Sure, sometimes people might not want to accept the demands he puts on their lives. And there might be some who cover that by blaming the church or their family or something some pastor somewhere has done. But Jesus said that his yoke was easy and his burden was light, and he meant it. Most often, it isn’t Jesus who weighs people down.

That ought to make us concerned. It’s why we need to think of ourselves as trees. Too often, we hold ourselves up before the eyes of people who are looking for Jesus. What if Zacchaeus’ tree had done that? “Hey, Zacchaeus, check out my nice leaves, man. Look how delicious my figs are. My bark is faultless, my limbs are strong. Come see me. Come hang out with me.”

We’re not the ones people need to see. To promote ourselves to people who are wanting to know who Jesus is — that’s malpractice and it borders on heresy. We’re only useful when we’re helping people to see who Jesus is. When we don’t do that, we’re like that other tree Jesus talked about in his parable: “Cut it down. Why should it use up the soil anymore.”

But if we’ll help people see Jesus? Well, look at what Zacchaeus’ tree accomplished: “Today salvation has come to this house…For the Son of Man came to seek and to save the lost.” Jesus came to save the lost. May we help them really see who Jesus is so that he can come to their houses too.

May we be trees.