I urge you to live a life worthy of the calling you have received. Be completely humble and gentle; be patient, bearing with one another in love. 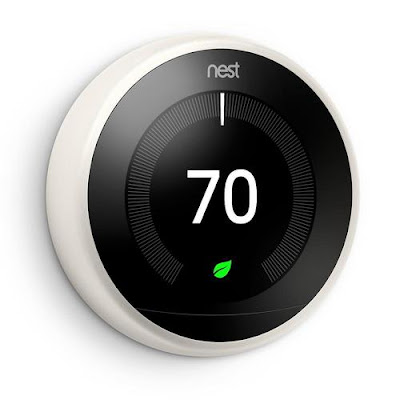 Some years ago, my father-in-law told me about installing a new thermostat at church.

There was nothing wrong with the old one, it worked just fine. And it got a workout. You can tell people must have felt right at home at this church, like they were with family. Every Sunday there was a constant stream of people sticking their heads into the area of the building where the thermostat was located to adjust the temperature. Sister Jones, who thought it needed to be set at 77. Brother Smith, who was much more comfortable at 68. Those who thought that the most important factor in deciding the thermostat setting should be cost-effectiveness (“It’s the Lord’s money!”), and those who thought that the Lord wouldn’t have given us air conditioning if he didn’t want us to use it. Everyone had an opinion, and apparently no one was comfortable at the same temperature.

So my father-in-law put in a new thermostat. He put it in an easily-accessible place, right out in the open, where anyone who wanted to find it could. Everybody could adjust the thermostat to their hearts’ content. Everyone was much more comfortable. He made it easy for them.

Because, of course, the new thermostat was just attached to the wall, nothing else. It controlled nothing.

I don’t know, maybe you feel like that’s a little too deceptive to be done in church. (In fairness, I don’t think anyone ever said that the thermostat controlled anything.) The fact is, though, that wherever there’s a group of people there are disagreements, difficulties, frustrations. There are behaviors that have to be tolerated and eccentricities to endure. And if a dummy thermostat keeps the peace in a church divided by temperature preference, well, that seems like a small thing.

Paul, after all, says that sometimes the best we can do is to “bear with” one another.

I think it’s great when everybody down at church is feeling the love for everyone else. Maybe that’s kind of where a lot of us are these days. We don’t get to see each other much, the pandemic has changed the way we do church, and we’re missing each other. We’ve got a lot of catching up to do. We don’t really think about the weirdness and petty annoyances that might wear on us at other times. We haven’t been together enough to have any real disagreements about anything substantial. We’re all looking forward to being together and hugging each other and seeing how much the kids have grown and getting reconnected.

But there will come a time when we’ll have to bear with each other again.

I’m glad Paul uses that phrase; it’s a tacit acknowledgement that relationships at church aren’t always easy or rosy. After all, we’re dealing with things that matter to us, that we often have strong feelings and moral convictions about, and so it ought to be no surprise when disagreements happen. And when they do, the Bible says we have to bear with each other.

The word Paul uses in Ephesians (and a couple of other places too) has to do with enduring and tolerating each other. It’s used in other places to describe someone persisting through suffering and difficulty. Maybe you have a higher expectation for relationships in the church than that, and if so I don’t want to discourage you, but…ha! Here’s a rule that I think probably holds true most of the time: if you’re not bearing with someone at church, then, brother, sister…they’re bearing with you!

That’s all right, though. What kind of family gets along all the time? Never has a disagreement? Generally it’s the kind that isn’t doing or talking about anything important. If we’re trying to be who we’re supposed to be, there will be times when we don’t all see eye-to-eye on vision, strategy, goals, or what to do next — any number of things, really.

And in those moments, we’re to bear with each other.

It’s not just endurance and toleration; Paul says we should bear with one another in love. What that probably means is that tolerance isn’t enough. Endurance isn’t enough. Just gritting our teeth and drowning out the one with whom we disagree isn’t the “bearing with” he’s talking about. When Christians — sisters and brothers in Christ — bear with each other, we’re still governed by the rule of love. Love tells us what our “bearing with” will look like. It won’t have any trace of hatred or mockery. It won’t make the person with whom we’re bearing feel overlooked, unheard, or devalued. “Bearing with” one another requires humility — a willingness to put aside for the moment our own feelings in order to attend to someone else. It requires treating one another gently. And the standard for it will be the love we’ve received from Jesus.

Jesus, by the way, knew the “bearing with” kind of love that we’re talking about. He knew it well. In three of the four gospels, in fact, he says some variation of this: “You unbelieving and perverse generation, how long shall I stay with you and put up with you?” He uses exactly the same word that Paul uses in Ephesians. It’s a day when the demands are high, his disciples seem to have disappointed him, and he’s just heard God’s voice call him “Son.” His burden feels heavy and his Father’s house seems far away. So he wonders out loud, “How long do I have to bear with these people?”

As long as necessary.

That’s why Paul says that “bearing with” is the calling we’ve received. It is, quite literally, the way our Lord lived his life. It is not too much that he asks us to do the same.

Someone, perish the thought, who’s comfortable at a different temperature?

How can you show them the patience, humility, and gentleness that Jesus has shown us. How can you bear with them in love?

It might not be as simple as installing a new thermostat. But you’ll find a way.