Everything I Ever Did

“Come see a man who told me everything I ever did!” 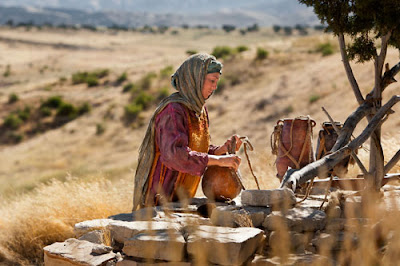 I was reading the story of the Samaritan woman at the well in John 4 recently, and something caught my eye in a way that it never had before. It comes late in the story, and maybe that’s why I’ve overlooked it. Jesus and the woman have had this conversation about living water, and worshiping in spirit and in truth. He’s shown her that he knows all about her scandalous marital history, and she’s tried to deflect him with the theological dispute between Jews and Samaritans over where they should worship. He’s even told her, plain as day, that he’s the Messiah. They’re interrupted by the disciples, but the text says the woman became the first evangelist for Jesus; she goes back to town telling people to come and meet Jesus.


But it’s what she says that has stuck in my head: “Come see a man who told me everything I ever did!”

Information is power, right? We’ve seen many people in our world, in all walks of life, done in by scandalous information someone had about them. Accused criminals don’t invite prosecutors to come talk to the witnesses to their crimes. Politicians and actors with skeletons in their closets pay people money to keep their mouths shut; they don’t call up the media and say, “Come interview this person, he knows everything I’ve ever done.” Just finished reading an article about a celebrity pastor who tried to pay hush money to a woman and her husband, and later took them to court — all to try to save a public image. He’s gone now, but the ministry organization he founded and his family left behind are having to grapple with the effects of hearing about his sins and crimes.

So it’s striking to me that this woman wants so much for her neighbors to come meet this man who knows everything she’s ever done.

Maybe you explain it by saying that what really impresses her is the fact that he knows these things he should have no way of knowing, like he’s wowed her with a magic act. Well, OK, maybe there’s something to that. If that was all this was, though, then there were any number of less uncomfortable nuggets of information he could have used. He doesn’t have to get deep into her sexual history.

Maybe the neighbors already knew all about what she’d done. You’d probably expect that, actually. If they did know, and if because of that she was an outcast (as is usually assumed, though the text doesn’t say so), then I’m not sure that changes anything. How would you like to talk to people who treat you as an outcast about the very thing they’re treating you as an outcast for?

I exchanged emails with a friend recently, and we were discussing Jesus’ attitude toward sin. Sometimes that’s a tricky subject because there are a lot of moving parts. I mean, we have Jesus on the cross praying that God would forgive the people who put him there. The woman caught in adultery (who Jesus defended even though she was guilty), Zacchaeus (who repented after Jesus ate at his table), the woman who crashed Simon the Pharisee’s party to honor Jesus (because of the forgiveness she’d received); sometimes his grace and forgiveness makes us uncomfortable, and that’s a good thing. If we’re comfortable with it, it’s not the unlimited grace of God, is it? It’s something else, something less — something that we can quantify, categorize, and evaluate.

While God’s grace is unlimited, though, there’s still more to it than just unquestioning acceptance of sin. That’s too simplistic as well, to just wave away human selfishness and pride as though it doesn’t really matter. Jesus told the woman caught in adultery to “go and sin no more.” He welcomed Zacchaeus as a full “son of Abraham” and said salvation had come to his house after his repentance. His death “for sins” certainly suggests that sin isn’t to be taken lightly.

Maybe the way to resolve this tension — if it exists — is to say that, for Jesus, sin matters but it isn’t the whole story. In his eyes, a person is much more than her worst acts. Sinful behavior should be stopped, repentance and restitution should be made. The price for the forgiveness of sins is high — but he pays it. A person’s sins don’t annul God’s love for her. We sometimes struggle to continue to love someone who has done wrong; God doesn’t seem to have that problem.

A man like this is, of course, the Messiah: God’s love and grace and hope embodied, God’s future made flesh.

If a person is getting the impression from us that their sins lower their value as a person, like a house that has foundation issues, then we aren’t representing Jesus well. People will do anything — including holding on tenaciously to some destructive habits and behaviors — to keep from feeling like they’re worthless. We’ll find community where we can, including with others who share those same destructive habits and behaviors. We’ll defend ourselves, call ourselves misunderstood, and deflect attacks by others back onto them. It’s self-preservation.

So attacking someone for their sin isn’t evangelism. It isn’t “speaking the truth in love” because the love isn’t there, or at least not being heard. You probably didn’t come to Jesus because you were convicted of your sin — even if that’s how you remember it. On some level, your experience was probably that of the Samaritan woman: “Jesus knows what I’ve done and loves me anyway.” Maybe you were convicted, and afraid of hell, and feeling bad about what you’d done, but I bet you wouldn’t have come to Jesus if you hadn’t known that he loves you anyway. And if you hadn’t felt some kind of acceptance, however imperfect, by the church.

I’m saying, then, that we should do our best to give others that same experience of Jesus and the church. Not everyone will believe, of course, but let’s do our best to let people know that they are accepted as they are and that they can worship in spirit and in truth regardless of the sins that have scarred their lives. Let’s let them know that we’re so sure of that because we can say, like that Samaritan woman, “Come meet a man who told me everything I ever did.”