And this is my prayer: that your love may abound more and more in knowledge and depth of insight, so that you may be able to discern what is best and may be pure and blameless for the day of Christ, filled with the fruit of righteousness that comes through Jesus Christ—to the glory and praise of God. 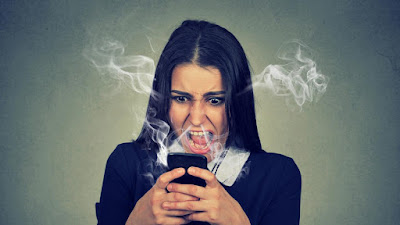 I don’t remember for sure when I started on Facebook. It’s probably been 12 years or so of fairly sporadic-to-light posting. (There’s probably a way to tell, but I couldn’t find it in about five minutes of looking and didn’t care to spend any more time on it.)

In the last couple of years, we’ve tried to do more on social media at church. My son has been the main driver of that, and I see the value of it, I do. Once a day or so, I usually look at Facebook and Twitter, “like” and “share” a couple of things, and that’s about it. Once or twice a week I’ll post something.

When I started social media, it was to try to get back in touch with a couple of old classmates I’d lost touch with. I think that’s what most everyone used it for back then, at least the people I knew. In the years since, it’s become…something else. It’s become argumentative. Angry. It’s become a platform for venting fury and basking in self-righteousness. Many of us use it largely as an easy way to share opinions about, well, everything — often uninformed, often void of nuance, and rarely useful for actually changing differing opinions. It’s usually worst in an election year, and last year, with the election and the pandemic — man, I don’t mind saying I almost gave up on it entirely.

I’ve been shocked by the posts of people I respect — not their opinions themselves so much, but the caustic, ugly, belittling ways in which they share them. There are exceptions, of course. There are some people posting some great stuff that’s well-researched, well-written, fair, and encouraging even when it’s challenging. But then I see some of the responses to some of those posts, and they turn my stomach. And from Christians. People who claim to follow Jesus and should know better than to post like they do.

So I’ve been thinking about how Christians should use social media. I guess with every technology there’s a learning curve as the church figures out to use it, and how to use it, for the work of Jesus in the world. Social media, though, is unquestionably the first tech development that places so much influence in the hands (or fingers or thumbs) of individual Christians. Via a social media platform, anyone, anywhere, anytime can make any of their opinions known about any subject. Sometimes that’s good. Sometimes it’s really, really bad.

Not everyone reading this uses social media. But I think what I’m going to say will mostly translate to other interactions, whether in-person, in emails or letters, or what have you.

And, of course, this is all my opinion. Hopefully well-researched, well-written, fair, and encouraging even if challenging. But my opinion nonetheless. I can’t give you book, chapter, and verse on how Jesus used Twitter, or what Paul would Instagram. But here we go nonetheless.

Whatever you do on social media should glorify God. “Well, duh,” you say? Sure it’s obvious. And yet, there is plenty of evidence on my own social media feeds that not everyone gets this primary and most obvious rule. Maybe we actually convince ourselves that our sarcastic post savaging a political party’s leaders and everyone who voted that way actually does bring glory to God. Maybe we tell ourselves that he needs us to defend his honor or something. Please notice in the text at the top of this post, the progression is love, then, as love abounds, knowledge and depth of insight, then discernment, then purity, blamelessness, and righteousness that glorifies God. A good way to gauge whether a post glorifies God is whether you start it to show how much you know, or to show love.

You’re not going to win arguments on social media. You’ve seen posts go off the rails in the comments as commenters stake out their positions and defend their ground. It’s not a good format for breaking loose hardened opinions. It’s just going to escalate until it gets ugly. People can disagree with you, it’s OK. Don’t post something that’s intended to start an argument, and don’t continue an argument when it occurs. If you really want to continue the discussion, pray for opportunities to do so in a less public setting when the stakes are lower.

Please remember that you represent Jesus and the church when you post. How many people have lost  respect for Christians because of the things they’ve seen us post? I wonder if the gains we make on social media offset the losses we’ve suffered because of our posts. At the very least, if you’re going to post ugly, angry, untruthful, insulting stuff on social media, do the rest of us a favor and delete your Bible verses, evidence of your church affiliation, and other religious posts. You’re sending a mixed message that hurts us all.

Post words of comfort, peace, joy, and hope in Christ. Ephesians 4:29 applies. It doesn’t mean you can never post anything negative or critical, or that you shouldn’t ever call out injustice or unrighteousness. It doesn’t mean you should never curse the darkness. Just don’t forget that we have a fairly significant candle to light in the gospel of Jesus. Consider the effects your posts can have, for good and bad, on your audience.

Never resort to name-calling, insulting, or belittling others. There’s never a good reason, and it means you’ve run out of things to say. First Peter 2:21-23 applies to social media too.

Limit your time. How much is too much? I don’t know, but if you’re on social media more than you’re reading the Bible or interacting with the members of your church, it’s too much. Try this, if you think you might be on too much: delete the apps from your phone. Or tell your phone not to notify you every time there’s a new post. Those apps make it too easy, sometimes. Having to sit down with a computer when you have a wifi signal and open a browser to get to your social media will impose some limits on the amount of time you have to spend with it.

Look, none of us is perfect. We all make mistakes in the things we say and do, and our use of social media will be no exception. So let’s be sure to own up to it when we do. Apologize to those we might have hurt. Resolve to do better. Ask God to help us, the Holy Spirit to guide us, and the life of Jesus to come through in our lives — including our online lives.

To God be the glory. And may those who interact with what we put on social media give praise to him.