This, then, is how you should pray:

“Our Father  in heaven, hallowed be your name, your kingdom come, your will be done,  on earth as it is in heaven….” 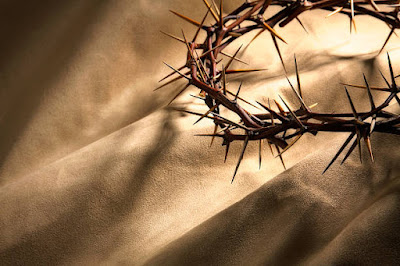 Today, there’s news of invasion and war from Europe. Russia, led by a man with too much power and no one to say “No” to him, has sent troops, planes, and shells into Ukraine. Business as usual in our world, nations and kings vying for dominance and control. Every nation does it, with economics or trade or technology or politics  if not with guns and tanks and fighter jets. Of course, that’s small comfort today to the people of Ukraine.

I was reading the prophet Obadiah recently. That’s not a part of the Bible I’ve spent much time with in a while, but I was reminded as I went through it — it’s a short book, the shortest in the Old Testament, only 21 verses — that it’s a book about war and invasion. It’s about a nation deceived by pride into thinking that it was untouchable and entitled to its neighbor’s territory, that took no pity on its neighbor during a time of catastrophe. The book of Obadiah is a message to that nation, warning it of coming disaster: “the day of the LORD is near for all nations. As you have done, it will be done to you; your deeds will return upon your own head.”

Now you see why no one likes to read Obadiah. I don’t think there’s ever been a nation in world history that would look forward to being measured by that standard. Americans can condemn Russia’s action, and we should, but we shouldn’t forget that our country wasn’t exactly uninhabited “from sea to shining sea” when Europeans first arrived.

It’s how Obadiah ends that is really sticking with me. See, it doesn’t just end with this nation getting what’s coming to it at the hands of another nation. It ends on a different, abrupt note. One sentence, seven words in the English translation I’m using right now. Just three in Hebrew: “And the Kingdom will be the LORD’s.”

“Then the LORD will reign as King,” another translation puts it. Obadiah’s message is that God will break the cycle of nation conquering nation, ad infinitum, and he’ll break this cycle by ruling the whole earth.

This is all through the Old Testament. Daniel’s vision of the image of gold, silver, bronze, iron, and clay, remember that? Daniel tells the Babylonian king Nebuchadnezzar that those precious metals represent a succession of kingdoms, each one blending into the next, until a large rock cut out of a mountain “but not by human hands” crushes them all and “the God of heaven will set up a kingdom that will never be destroyed, nor will it be left to another people.” Not exactly subtle.

There’s Psalm 22. If you know it, you might think that it “predicts Jesus’ crucifixion.” Well, not precisely. It’s more like Jesus’ crucifixion fulfills Psalm 22. It’s about a righteous sufferer, like Jesus, whose cries God hears. God delivers him, and then that sufferer proclaims God’s name and praises him. But notice what the Psalmist says happens as a result of this:

“All the ends of the earth will remember and turn to the Lord, and all the families of the nations will bow down before him, for dominion belongs to the Lord and he rules over the nations.”

Through this righteous sufferer’s ordeal — and his rescue by God — God will be proclaimed King.

Examples could be multiplied, but the calling of Israel in the Old Testament was always for the purpose of demonstrating what it looks like when God was a nation’s true King. That’s why God told Samuel, when the people asked for a king, that they were rejecting him, not Samuel. It’s why Israel’s ideal king, David, was “a man after God’s heart.” It’s why Israel was intended to be a “light to the Gentiles.”

And it’s why, when Jesus came into the world, he came with one very simple, very clear message: “The time has come. The kingdom of God has come near. Repent and believe the good news!”

To people with ears to hear, Jesus was saying that the hope they should have had all along, that God would become King and end the cycle of violence and suffering brought about by endless conquest, was coming to fulfillment.

He told stories about that Kingdom, beginning them, “The Kingdom of Heaven is like…” He healed and cast out demons to show that he was the authentic representative of God’s kingdom, in which disease and evil would have no place. He taught his followers to pray, “your kingdom come, your will be done, on earth as it is heaven.” He didn’t deny it when Pilate asked if he was a king. And when they crucified him, they put a robe and crown on him and proclaimed his title in every language, so that all nations would have a chance to read it: “The King of the Jews.”

That seems impossible to us, that he could be crowned as king in such a way. But that’s actually what the prophets said all along. Isaiah talked about the suffering of Israel — or at least Israel’s representative — but promised it would end with redemption. (Isaiah 53:1-12) He promised that Servant would “bring justice to the nations” and be “a light to the Gentiles” (Isaiah 42:1-4, 6-7) — as a good king should.

Jesus came to show us the world we’re supposed to be hoping for. He came to show us how to create little outposts of God’s kingdom wherever we are. And then in his suffering, God crowned him King. John says more than once that Jesus was “lifted up” — exalted, glorified — at the cross. He tells his disciples, when he appears to them after his resurrection, “This is what is written: The Messiah will suffer and rise from the dead on the third day, and repentance for the forgiveness of sins will be preached in his name to all nations, beginning at Jerusalem. You are witnesses of these things.” Once again, “all nations.” He tells the two disciples on the road to Emmaus that the Messiah “had to suffer and come into his glory.” Cross and crown. The Messiah — the King — had to suffer in order to come into the full glory of his kingdom.

When the early church said “Jesus is Lord,” the world around them was, literally, saying “Caesar is lord.” The New Testament writers saw “the kingdom of God” as the “inheritance” of those who put their faith in Jesus (Colossians 1:12-13, 1 Thessalonians 2:11-12, James 2:5, 2 Peter 1:11) — and that there was a way to live that would disqualify a person from that inheritance. (1 Corinthians 6:9-10, Galatians 5:21, Ephesians 5:5) That inheritance is our hope and expectation, to be fulfilled when Jesus comes (2 Timothy 4:1). But there’s also a sense in which we are already “receiving” this kingdom “that cannot be shaken” — and so we should be filled with gratitude and worship. (Hebrews 12:28)

The cross is not just about the forgiveness of my personal sins — though it is about that. Forgiveness of sins is a part of the Kingdom of God, the state of things when God reigns and his will is done on earth as it is in heaven. In the cross, that Kingdom has commenced. Our lives should reflect our conviction that Jesus is Lord. We should proclaim with our words and actions the good news — and it is good news — that the kingdom of God has come near.