When you hear of wars and rumors of wars, do not be alarmed. Such things must happen, but the end is still to come. Nation will rise against nation, and kingdom against kingdom. There will be earthquakes in various places, and famines. These are the beginning of birth pains.

You must be on your guard. You will be handed over to the local councils and flogged in the synagogues. On account of me you will stand before governors and kings as witnesses to them. And the gospel must first be preached to all nations. 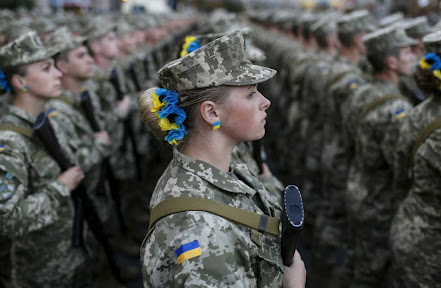 I am, for obvious reasons, far from an expert on birth pains.

I was, once, an interested observer, and I can tell you that my wife was not particularly focused on those pains. The reason why, of course, is right there in the phrase “birth pains.” Something bigger is happening. Those pains are the necessary prelude to something new and wonderful coming into being. That doesn’t mean they hurt any less. But it does mean that it would be a mistake to so fixate on that pain that you forget what’s happening.

Jesus’ disciples asked him at least once about the end of the world. Jews in their day, like many religious people in our own, had a hard time imagining that God would allow the world to spin on indefinitely, filled as it is with unrighteousness and injustice. They thought some judgment, some apocalypse, was inevitably coming, and they thought that maybe their religion might allow them to understand when and how it would happen. They thought maybe the Scriptures contained clues that they could work out. Seemed sensible to ask Jesus about it.

I imagine they were disappointed when Jesus said, “I don’t know.”

It’s human nature, I guess, to look for a higher meaning in war and in natural disaster. So some religious people have resurrected old ideas — ideas I remember hearing as a teenager in the 80s — that Russia’s invasion of Ukraine might fulfill some prophecy of the end times. I understand wanting to believe that, because it also probably would mean that at some point God would intervene and destroy the invading army — and while he’s at it, all the sinners — end this world, and take all the good folks to Heaven. And we almost always, I suppose, assume we’d be in that latter group.

Jesus says, though, that “wars and rumors of wars” aren’t to be taken as signs of an impending apocalypse. That’s not to say there won’t be one: Jesus did say that “people will see the Son of Man coming in clouds with great power and glory.” He promised that he would “send his angels and gather his elect from the four winds, from the ends of the earth to the ends of the heavens.” He just didn't think that “wars and rumors of wars,” nation rising against nation, was anything other than business as usual. “Such things must happen,” he said. “These are the beginning of birth pains.”

But not what we tend to think. The Russian aggression against Ukraine is not a sign that some obscure verse in Revelation or Ezekiel or Zechariah supposedly predicted. It isn’t a sign that we should make a pilgrimage to a mountaintop somewhere to wait for the Lord’s return, and it’s certainly not a sign that it’s time to hide in our holy enclaves and wait for the end to come. It should remind those who believe in Jesus that through God’s kingdom breaking into the world, new life is coming.

Jesus says his people ought to be doing what we’ve always done. “Be on your guard,” sure. “Be watchful.” Stuff is going to happen. Sometimes persecution will come. How is any of that different from how it’s always been for believers in Jesus? It happened to Jesus, why not us? It’s always been part of the Christian experience that important relationships can be lost and rulers can take exception to us. Just because that’s so rarely been the American experience of Christianity doesn’t mean it hasn’t been the experience of Christians all over the world off and on for, oh, about two thousand years.

So Jesus tells us that “the gospel must first be preached to all nations.” I take that to mean that, though the temptation for Christians in times of trouble is to withdraw from the world, that’s the last thing we ought to be doing. A woman doesn’t give up and go home when labor pains get intense. She pushes through. She does the work, because she knows that joy is coming. It’s the same with us. We know what’s coming, so we can’t be distracted and discouraged by the birth pains in our world. Not when there’s preaching to be done.

I didn’t say being preachy, and neither did Jesus — there’s a difference. I don’t think Jesus was envisioning setting up a PA system on a street corner somewhere and letting the fire and brimstone fly. I think, maybe, we ought to pattern the kind of preaching we do on the kind Jesus did; go be with hurting, grieving people, help them mourn and heal, and tell them of God’s love and show them what it looks like. The gospel, for Jesus, isn’t “here’s what to do to be saved.” For him, it was always “the kingdom of God has come near.” He was its envoy, and now we who claim to wear his name are, and our job is not to tell people how far away they are, but how near God is.

I think of Elsa Springer, who our church helps to support in Germany. Muslim refugees in her town have heard about Jesus and have experienced the love of his people through the work the church there does among them. I think of Christians in the Book of Acts, forced to leave Jerusalem because of persecution, who took the gospel with them wherever they went. I think of them, and I think that the events in Ukraine, terrible as they are, should be seen by believers as another opportunity to embody and proclaim the love of God in Jesus and the hope of the gospel.

Christ will come one day. But until he does, it isn’t today. When he does come, he doesn’t want to find us staring up at the sky waiting for him. He doesn’t want to find us hidden away from the world. He certainly doesn’t expect to find us on the side of those oppressing the weak. May we be always on the watch. But may he catch us proclaiming the gospel through our words and actions, the good news that God is near, that sins are forgiven, that injustice will not go unresolved forever, and that wars will one day be at an end.

There won’t even be a rumor.

But, today, a war rages. Bullies think they’re in charge. The innocent and vulnerable pay the price. May we, like our Lord, be there too.