Getting Rid of Your Script

So the Pharisees and teachers of the law asked Jesus, “Why don’t your disciples live according to the tradition of the elders  instead of eating their food with defiled hands?”

He replied, “Isaiah was right when he prophesied about you hypocrites… 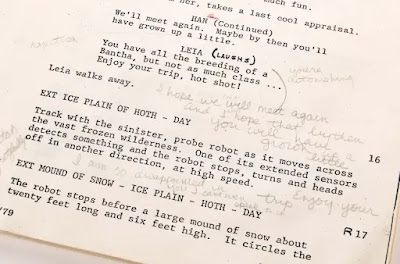 To most people who are at all familiar with the New Testament, the word “Pharisee” has negative connotations. In the Gospels, after all, they are the opposition to Jesus. While there are individual Pharisees, like Nicodemus, who believe in Jesus, and in Acts Paul and an unspecified number of Pharisees become believers, in general they are mostly portrayed as conflicting with Jesus.

Historically, the Pharisees were the group that helped make Judaism a faith that could survive the loss of its temple during the Babylonian Exile, by replacing the sacrificial system with the study of the Torah, the Law of Moses. Through study, a person could be an observant Jew without ever having seen the temple or offering a sacrifice. By Jesus’ day, though there was a rebuilt temple in Jerusalem the Pharisees generally felt it was corrupt and unnecessary.

I think we Christians have kind of adopted a caricature of the Pharisees derived from their opposition to Jesus. They had a conviction about doing what the Bible said — and about the rules that they had set up in addition to what the Bible said. That first thing we should be able to relate to, as people who feel studying and obeying Scripture is really important.

That second thing, their rules, is what usually brought them into conflict with Jesus.

In Mark 7, Jesus calls them hypocrites. That’s a word we know. We use the word almost always to mean someone whose behavior doesn’t conform to the moral standards they profess to have, and we usually assume that said person is aware of the inconsistency and doesn’t care because he’s insincere. The Greek word came to be used, by Jesus’ day, to refer to a stage actor. That fits pretty well our use of the word; it’s a person who makes a big show of their religion and piety, but who doesn’t really mean it. Someone who’s playing a role.

But notice why Jesus calls the Pharisees hypocrites. It’s not because they’re saying he and his disciples should wash their hands before meals and then not washing their hands themselves. They’re consistent in what they say about the practice and what they do. They wash their hands. Their walk matches their talk.

He calls them hypocrites because they’re the spiritual descendants of the people Isaiah condemns — they honor God with what they say, but in their hearts, down deep at the core of who they really are, they’re far away from him and from what he wants. They’re very concerned about things like hand-washing and far less concerned about justice and mercy, some attributes that Jesus thinks are much closer to the heart of God than the condition of their hands. They’ve developed a whole set of traditions about hand-washing and other picky practices — based, true enough, on the Law. But a few verses later, he shows how they “violate the word of God” — one of the Ten Commandments, in fact — “for the sake of their tradition.” Their rules, their traditions have actually become more important to them than obeying Scripture. They “worship [God] in vain,” Jesus says, because they’ve stuck his name on their traditions and rules. While they honor God with what they say, they've actually made him the spokesmodel for their own brand of religion. People could look at a Pharisee and say, “He must be really tight with God — look how often he washes his hands.” Their lives, and what they teach others are about the rules they’ve developed instead of love for God and neighbor.

Two scary things about this. One: These are the Bible guys. They’re hard-liners on obeying Scripture — after all, that’s where their rules come from! (Or at least that’s what they think.)

Second scary thing: They are not, in general, insincere. They truly believe what they’re saying. It’s not that they’re necessarily trying to deceive people. It’s just that their rules have made them more concerned about following the script they’ve written — and getting others to fall in line with it — that with actually honoring God from their hearts.

I’ve been in ministry nearly 30 years, and every year I get at least 5 calls from someone who’s visiting from out of town and wants to know if we’re a “faithful Church of Christ.” And then they ask me about some specifics. If you know Churches of Christ, you can probably already tell me what those specifics are. In case you don’t, here’s the list: Do we use instruments in our worship services, have women leading our worship services, take communion each Sunday, and have elders?

I’ve never once had anyone ask me if we care for the poor or the sick or the hungry. I’ve never had anyone ask if we go into all the world and preach the gospel to all people. Or love our neighbors as ourselves. Always at least some of those four questions that have to do strictly with the way we’re organized and what happens in our worship services, answered by two “no’s” and two “yeses”, in that order.

Now, I think those people are almost without exception good, compassionate, loving people who want to follow Jesus every bit as much as I do. I just think they’ve been handed a list of rules — a script that they think they have to follow in order to be good, faithful Christians.

The danger, when we make Christianity into following a script, is that our lives can become all about the script, and getting others to follow it too. And that’s when we’re playing the role of Jesus-follower without actually following him. And, worse yet, teaching others to do the same.

So I keep thinking: In what ways does Jesus want his disciples to be different? He calls their attention away from playing a role — however well-intentioned the role might be. He tells them to throw out the script the Bible people want them to follow. “What comes out of a person is what defiles them,” he says. Following a script only has to do with what we appear to be. But it can’t change who we really are. That’s only known in what comes out of us in our words and actions in unguarded moments, what thoughts we cherish and enshrine in our minds, and ultimately what we really, truly think of ourselves. That’s where things get interesting for Jesus — when we can recognize who we really are when we aren’t playing a role and let him go to work on us for real. That’s when we can change, and that’s when we can really begin to help others get to know him.

So I hope you’ll ask yourself what script you’re following. How is that script keeping you from acknowledging who you really are, the good and the bad? Because that’s the you Jesus wants to know. Other people might want the script. Jesus wants the real you.

Get rid of the script. Get in step with him instead.