A perverse person stirs up conflict, and a gossip separates close friends. 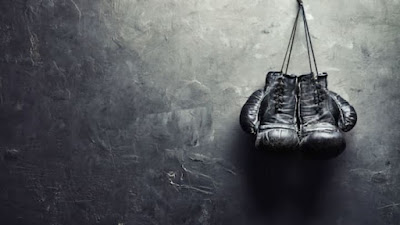 By nature, I’m non-confrontational. I prefer to get along well with people. When I don’t, I tend to avoid the situation rather than deal with it — which sometimes makes it look like I’m avoiding them. But it’s not them, at least not usually. It’s the conflict I’m avoiding. I know people who seem to thrive on conflict, and I don’t get it.

Certainly, I think social media and echo-chamber news have helped to create an appetite for conflict in our world that is not healthy at all. But I’ve started to come to the conclusion that some conflict is absolutely necessary. Handled well, conflict creates new solutions. It pushes us to work out our differences in mutually beneficial ways that we never would have thought of without the conflict. Sometimes it forces us to admit our faults and grow as human beings. So the existence of conflict doesn’t represent a failure. Far from it.

We should know that’s true anyway since, in all four of the Gospels, Jesus is constantly embroiled in conflict. It’s interesting that not one of the Gospel writers imagined writing about Jesus’ life without including the conflict he had with some of the religious leaders of his time: the Pharisees, the experts on the Law, and eventually the Sanhedrin. Jesus himself dealt with conflict.

Not only that, but he told his disciples that those who hated him would hate them too. He warned them that they might be expelled from synagogues and even that their own families might turn on them. He even reassured them that they’d be blessed when everyone hated them — he didn’t mean by that what we sometimes think he meant, but it’s clear that he didn’t imagine that the lives of people who try to follow him will be absent a conflict or two.

So conflict isn’t a failure. It’s just that we so often flub the way we handle it that when it rears its head we tend to throw up our hands and give up. We either avoid, like me, or we adopt a scorched-earth policy and wade in fists flying, voices raised, red-faced and fiery-eyed.

So I have a few thoughts on how to handle conflict. Again, these aren’t thoughts on how to avoid conflict, or win conflict. These things won’t always help to defuse conflict, and there’s no guarantee that they’ll help resolve it. But I think they will sometimes. And I think that if you try to follow these guidelines you’ll at least feel better about the conflict that you’re a part of.

To begin, please remember: you’re not the good guy in the story. We so easily cast ourselves as the protagonist in most any conflict we’re a part of that we often see compromise as impossible. After all, you don’t compromise with the bad guys.

This, by the way, is why it’s hard for us to look at Jesus as a model for conflict resolution. Jesus could call people who disagreed with him “offspring of vipers” or “whitewashed tombs” because when people disagreed with him, they were literally opposing the work and Word of God. However good a person you are, you’re not always on the side of the angels. You probably have a part in creating or escalating a conflict. (If you truly don’t, you might be in an unhealthy or even abusive relationship.) Own your part. Ask yourself from time to time what it’s like to be on the other side of your skin. You’re not the bad guy in the story either, probably, but neither are you the sole representative and defender of truth, justice, and goodness. Acknowledge that you might have some things wrong too, or at least that you don’t have a complete grasp of the truth.

Second, talk to people, not about them. This shouldn’t have to be said, especially to Christians, but it’s violated so often that I probably need to. James calls the tongue “a restless evil, full of deadly poison” because what we say can do so much damage — and we seem so willing to use it that way. What you say about people affects others’ opinions of them too. It can poison those who hear what you say against them. It can damage your credibility, too. And it does nothing to resolve conflict. So do what Jesus teaches: if you have a conflict with someone, go talk to them first, before you tell anyone else about it.

Third, believe the best about other people. Probably because of how quickly we make ourselves the heroes in the stories of our conflicts, we often attribute all kinds of dark, inaccurate, and unfair motives to the people we disagree with. Paul warns the church in Rome against judging their fellow Christians when they disagree, and reminds them that they answer to God and want to please him too. Now and then, maybe, someone will do something to confirm the worst. But, as long as you can, believe the best about them.

This will help in dealing with conflict. You can tell someone kindly that their actions came across as insensitive while also assuring them that you know they didn’t intend them to come across that way. Nine times out of ten, they probably didn’t. If you genuinely believe the best about them, you’ll be less inclined to demonize them.

Fourth, explain your position, don’t blame. Again, I think because of number one, we’re so quick to put the burden of the conflict on others. “Why are you always so angry?” “You never think about what you say.” “Why do I always have to clean up your messes?” Or this gem, often heard in church: “If you’d just read the Bible, you’d see that…”

In marriage counseling, it’s sometimes helpful to have the spouses speak in terms of how their partner’s actions make them feel. That won’t always help with other conflicts, but it’s true that you’ll rarely solve conflicts by assigning blame. (Remember, whoever you have the conflict with probably thinks they’re the good guy, too!) So instead of “You’re always so angry,” try something along the lines of, “You know, it bothered me that you got upset during our conversation. It made me feel pretty uncomfortable. Could we talk about it?”

Or, instead of “If you’d just read the Bible…” how about something more like, “I never really thought about that, here’s how I read that verse…” Or, “OK, I see what you’re saying, but have you considered how that relates to this other verse?"

You get the point. Most conflict isn’t strictly a matter of right versus wrong, but of interpersonal relationships and how we live and thrive together with our differences. Explaining without blaming focuses on improving those relationships.

Fifth, let those you have conflict know that you believe things can and will improve. We tend to equate conflict with the death of a friendship. But if you let people know you expect to get through this conflict and remain close-knit and united, it tells them that you value them and that your conflict won’t change that. Paul tells the church in Corinth that love “always protects, always trusts, always hopes, always perseveres.” Love doesn’t give up easily, so when you have conflict with someone let them know that you aren’t giving up on your relationship.

Finally, I guess I don’t even have to mention that you should pray for those you’re in some kind of conflict with. But, look at that — I did mention it. Prayer gives you empathy for someone else. It banishes hate and bitterness. And it places you on level ground with them: in need of God’s grace, love, and forgiveness.

Which is right where you both need to be.