God is an Encourager

…God did not appoint us to suffer wrath  but to receive salvation through our Lord Jesus Christ. He died for us so that, whether we are awake or asleep, we may live together with him. Therefore encourage one another and build each other up,  just as in fact you are doing...
-1 Thessalonians 5:10-11 (NIV) 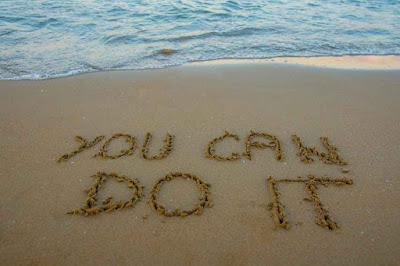 A large chunk of the Bible might not exist if someone hadn’t taken the time and made the effort to encourage someone else.

In the book of Acts, Saul, a Jewish theologian and leader, has a big problem with Christians. Has such a big problem with them, in fact, that he was involved in the lynching of Stephen, an outspoken believer in Jesus who really upset the religious and civic leaders of Jerusalem. Not content to work against them his own city, Saul traveled to other cities to arrest Christians and throw them in prison.

The church seemed to be pretty wary of Saul. Understandably so. So when Saul met Jesus as he traveled to Damascus to persecute Christians, the man God sent to him to teach him the gospel, Ananias, was reluctant to go to see him. When Saul eventually had to sneak out of Damascus and returned to Jerusalem and tried to connect with the church there, they didn’t want anything to do with him. Everybody steered clear. I don’t know, he wasn’t invited to potlucks or to join a small group, maybe. They forgot to tell him that they changed the time for worship. In any case, no one believed that his conversion was real. The church all thought that it was some kind of elaborate ruse.

Except one guy, Joseph. He believed in Saul all the way. He got him in to see the apostles, where he told them more about Saul’s conversion and Jesus’ words to him, and about how he had preached Jesus without fear in Damascus. While the apostles might have doubted Saul, they knew Joseph could be trusted. Acts 4, in fact, tells us that he had a nickname among the apostles. They called him “Barnabas” — “Son of Encouragement.”

What they meant was that Barnabas pretty much exemplified encouragement. He was the epitome of encouragement. When they thought of Barnabas, that’s what they thought of. That’s certainly what he did for Saul by standing at his side when everyone else was holding him at arm’s length. That must have been what he did for many in the Jerusalem church.

If you’ve ever been encouraged by someone when you needed it most, you understand why Barnabas was appreciated for his ability to encourage.

In English, the word just says what it does, right? Encourage. To encourage someone is to help them overcome fears, transcend doubts that they can do what they need to do. When someone encourages you, they give you confidence and hope. They lift your spirits, they make you believe. If you want to change your life in some way, you need people to encourage you. If you want to accomplish something difficult, it helps to have encouragers around you. Encouragers — well, they give you courage.

The word in the New Testament usually translated “encourage” has even more shades of meaning. It has to do with being near someone in order to give them help, comfort, or solace. While we usually think of encouragement as being unrelentingly positive, the New Testament word can also include urging, persuasion, and even warning. (I think of how a parent, in love, might “encourage" their child to change their behavior through threat of punishment.) Where that word overlaps with the English word “encourage” is in the idea of taking it upon yourself to help someone believe that they’re able to do what’s right and what’s best, even when it’s hard.

Did you know that the same word that’s applied to Barnabas in Acts is applied to God in 2 Corinthians 1:3? There, he is “the Father of compassion and the God of all comfort.” It’s translated “comfort” in most English versions, but it's the same word. God is an encourager!

How has God comforted you in the past? How is he comforting you now? There in 2 Corinthians, Paul says that we disciples of Jesus should “comfort — encourage — those in any trouble with the comfort — encouragement — we ourselves receive from God.” God is an encourager, but he doesn’t want us to be black holes of encouragement, receiving what he gives and letting no light escape. The idea is that God often encourages others through us. Encouragement is to be passed on.

Paul writes about encouragement in his letters at least 20 times. Wonder why.

I think it might have been because, before he was Paul, he was Saul. That converted fundamentalist terrorist that most everyone in the church was afraid of became Paul, the preacher who did the most of any single person to share the message of Jesus with the world. His letters make up half the books of the New Testament. Our Bibles would look very different today if Barnabas hadn’t encouraged Paul — and encouraged the church to give him a chance. What would Christianity be missing today if not for Barnabas and his encouraging nature?

I think encouragement might be what makes the difference. If God is an encourager, we should be encouragers too. If the Holy Spirit comes encouraging and comforting, then we in whom the Spirit lives should be known as encouragers as well.

So who might be the Saul to your Barnabas? Who can you encourage? Who can you advocate for? Who’s had their heart taken from them and needs you to help them grow a new one? Maybe you know someone who’s young in their faith, or limping in their walk with Jesus. Maybe someone who’s burned some bridges and needs your encouragement because no one else thinks they’re worth the effort. Maybe you know someone who’s burning the candle at both ends and needs some kind words and helpful acts. Maybe there’s someone in your life who’s turned down a wrong path and needs some encouragement to turn around.

Give them some encouragement, and they may just see God in that. They may just experience the Spirit.

Never underestimate the power of encouragement. God has been known to change the world through just one encourager!