All kinds of animals, birds, reptiles and sea creatures are being tamed and have been tamed by mankind, but no human being can tame the tongue. It is a restless evil, full of deadly poison.

With the tongue we praise our Lord and Father, and with it we curse human beings, who have been made in God’s likeness. Out of the same mouth come praise and cursing. My brothers and sisters, this should not be. 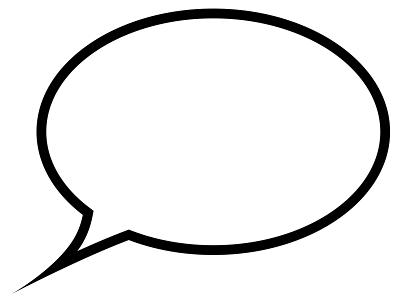 So I’ve realized something about myself over the last 30 years or so. I talk. A lot.

Now, I’m not usually the guy who walks into a room and all eyes are on me. As a rule, I don’t strike up conversations with strangers. In social situations I’m probably just as likely to sit and listen as I am to talk. By temperament I’m an introvert, which means among other things that social situations wear me out and time alone recharges me.

Still, I know that I talk a lot.

Sometimes it’s necessary. If I just sat and said nothing at a meeting, someone would ask me what’s wrong. I teach. I get phone calls. Sometimes someone wants to talk to me about something going on in their life. I talk to my family, of course. I speak to clients at our food pantry. And, every Sunday, my church kind of expects me to have something to say. I try to take that seriously and make sure what I have to say is worth hearing (though I imagine some Sundays they’d be OK if I said a lot less).

So I know I talk a lot. After a meeting recently, I realized I had probably spoken more words (not the same as saying more) than anyone else there. Well, there was a lot I wanted to say. Some things I felt strongly about and wanted to get out. Things I felt we needed to accomplish. I may have overdone it.

I also know that more words from me does not equal a better outcome.

I didn’t come up with that all on my own, of course. Proverbs says the same thing, in lots of ways. One of my favorites is this one: “Sin is not ended by multiplying words, but the prudent hold their tongues.” Another Proverb says, “Those who guard their lips preserve their lives, but those who speak rashly will come to ruin.” Or how about this one, all the incentive I should need to just shut up sometimes: “Even fools are thought wise if they keep silent, and discerning if they hold their tongues.” Or, in the same vein, “Do you see someone who speaks in haste? There is more hope for a fool than for them.”

In fairness, Proverbs also has a lot to say about “words fitly spoken.” That’s what Proverbs does; it pushes in one direction and pulls in the other in the hope that you’ll get the idea and live in the tension between those extremes. Of course there are times we need to speak, times when well-chosen words can make all the difference. But if you’re hoping to find those effective words by just spitting as many words as possible and sorting through them later, you’re going to be disappointed. The general drift of Scripture is that lots of words isn’t constructive. Fewer words, carefully selected, will be the most helpful.

Which brings me to my point, I guess: maybe you, like me, need to shut up occasionally.

Oh, my mother won’t be happy with me for saying that. She hated it when my sister and I would tell each other to shut up. She disliked that choice of words, and rightly so. Don't tell other people to shut up; it’s demeaning, dehumanizing, and you wouldn’t like it if someone said it to you.

However, I think it’s pretty important for all of us to have a self-censorship button in our heads. We all need to tell ourselves sometimes to just…shut…up.

James, Jesus’ brother, said it this way: “Everyone should be quick to listen, slow to speak….” See, I think that’s one of the problems with talking a lot; when we’re talking, we’re not listening. Sometimes, in our rush to say what we think is so important, we literally talk over someone else. But even beyond that — when you’re speaking, someone else isn’t. They’re not being listened to. They’re not being heard. And one of the most egregious ways to sin against another person is to decide that what you have to say is more important than what they have to say.

Maybe that’s why James has such harsh things to say about, well, speaking. He says, this for instance:

“Those who consider themselves religious and yet do not keep a tight rein on their tongues deceive themselves, and their religion is worthless.”

Ouch. That stings a little, doesn’t it? Now, listen, James isn’t saying you’re not really a Christian if you have a hard time shutting up when you should. He admits later in the same letter that “no one can tame the tongue,” and that a person who never sins in what they say would be “perfect.” What he’s driving at is that expression of our faith ought to include the exercising of control over the things we say. While none of us will get it right every time, part of our “religion” — James probably means “worship” or even “discipline” — should be putting a filter on our mouths. And if we have no filter, then we can’t really say we’re putting much into worshipping God or exercising our faith.

So maybe we all need to talk a little less and hear others a little better. It’s interesting, isn’t it, that James follows up that statement about religion with another one that almost seems out of place:

“Religion that God our Father accepts as pure and faultless is this: to look after orphans and widows in their distress and to keep oneself from being polluted by the world.”

But maybe those statements are a little more related than we think. You can look after those on the margins of society without saying a lot, can’t you? And, in fact, maybe we don’t hear the distress of the orphans and widows of our world — who God has a special love for — because we’re too busy airing our opinions about, well, everything. Maybe we need to be quiet sometimes just so we can hear the cries of those around us who need to experience the love, compassion, and faithfulness of God in action.

And maybe one of the ways the world pollutes us is through our open mouths. In our social media obsessed world, we’re encouraged to talk about everything. But could it be that always wanting to have an opinion might lead us to spend far too much time thinking about things that aren’t worthy of the space in our minds and hearts they’re taking up? And far too little time thinking about and considering the things that ought to fill our minds and hearts?

I’m going to go out on a limb: I don’t think I know anyone who talks a lot about politics, or celebrity culture, or the social issue of the moment, or their own grievances, or even “religious” issues, whose faith really seems to be growing. I know that faith might give us a point of view on things like that, but it seems to me that talking too much about such things stunts our spiritual growth and makes us deaf to what God is really calling us to.

So, I’m going to try to shut up and listen every chance I get. I’m excited about what I might hear. When I do speak, I’m going to ask God to help me to make sure I’m saying the right things, in the right ways, so that people can see his glory and hear the good news of Jesus.

How about it? Feel like shutting up with me?