So in everything, do to others what you would have them do to you, for this sums up the Law and the Prophets. 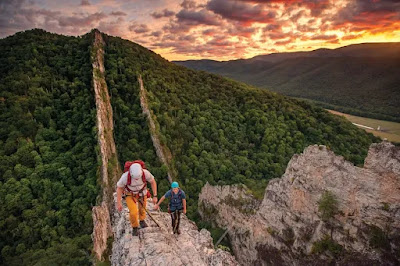 I’ve been thinking a lot lately about recently-released data from the Pew Research Center that shows Christianity will likely slip to minority status in America over the next 50 years. (In 2020, 64% of Americans were Christians; by 2070, as few as 35% of Americans will be Christians.) They imagine four different futures, and in three of them by 2070 Christians are in the minority. (The one in which we are not is the least realistic of the three, imagining that no one in America changes their religion after 2020.)

The same data suggest that religiously non-affiliated people in America will become the majority by the same year, 2070.

Interesting numbers, but what do we do with that?

Well, in one sense…nothing. These are admittedly all projections based on to what degree current trends continue over the next 50 years. As Pew acknowledges, of course, their data can’t account for the work of God, for possible revivals, for the work of the Holy Spirit and new ways of being the church that might disrupt the course of future events. As Christians, of course, I think we should be assuming that God won’t be sitting on his hands over the next 50 years, and that neither will his church.

Something else comes to mind, though, and I hope you’ll hear me out on it.

I wonder if sometimes our views of Christianity are too isolationist. What I mean is, I wonder if sometimes we have trouble seeing the influence of Christianity on the world around us, and on the people around us, because we’re too caught up in the expressions of faith that we’ve come to appreciate best and consider correct or orthodox. If it’s only we and people exactly like us who we think of as “Christian” in any sense, then maybe we’re missing some things God might be doing in the world.

I’m thinking of the Uber driver that took us to the airport a couple of weeks ago. Josh was sitting in the front and saw him better than I did, but apparently before every lane change our driver made the sign of the cross. Now I’ve heard folks in “my” tradition, even recently, be dismissive of that kind of thing: it’s not real faith, it’s not mature faith, it’s not biblical, it’s superstition. Still, it’s hard to argue that he isn’t trying to integrate his faith in Jesus, as he understands it, with his day-to-day life as an Uber driver in Chicago. It’s hard to argue that the Christian story, the gospel, doesn’t have some kind of influence on his heart and mind. It suggests to me that he saw our safety as a responsibility entrusted to him by God.

Yeah, for sure, I’d want to have a conversation with him about our understandings of baptism, for instance, or any one of maybe two dozen points of teaching and practice — important points — we might differ on. But, if God is working on me — and if he’s not, then it’s not because I’m in any sense “done” — then he’s “in progress” on my Uber driver, too. And he’s “in progress” in the world around me, even if Christianity is shrinking or has already shrunk to a minority in America. Surely we can pay attention to the forms of Christianity we see around us, and say thank you to God and praise him for them, even if there are things in those forms that bother us. Surely we can recognize that the sick have been healed, the poor served, and the gospel proclaimed in the name of Jesus for centuries by folks who thought that making the sign of the cross made them more mindful of Christ. No, they didn’t always represent Jesus well. Neither have “we”. But maybe a broader view of what God might be doing in the world will allow us to be more clear in our conviction that we aren’t alone.

Among many Christian denominations, a growing trend is the sending of missionaries from Africa, Asia, and South America to the United States. If in fifty years churches in the global south are planting thriving churches in the United States, God will not be any less behind that than he was when the paths of the missionaries ran the other direction.

Elijah was just sure he was the only one left in Israel who was faithful to God, until God opened his eyes to remind him that a) there were a lot more than he thought, and b) he wasn’t being all that faithful! Maybe we need reminding that there are plenty of people in our world and in our immediate vicinity who haven’t bent the knee to or kissed the images of the Baals of our age.

When we’re in the minority, we can behave more like Jesus. When we aren’t chasing power, we can show love. We can change things by serving and laying down our lives and caring for those on the outside looking in   instead of by exercising our influence and prosperity.

The way of the minority is the way of Jesus. He told us, in the Sermon on the Mount, that we would be in the minority — not because we’re so much better or smarter or more spiritual than others, but because the way of Jesus can be, in his own words, hard to enter and difficult to walk. Maybe being in the minority is baked into Christianity, not because God’s grace is limited in any way but because the gospel makes more of a demand on us than many are willing to pay. Maybe these words of Jesus should remind us not to gravitate toward the majority, but to seek Jesus far from the places where the crowds gather. The writer of Hebrews reminds us, “Jesus also suffered outside the city gate to make the people holy through his own blood. Let us, then, go to him outside the camp, bearing the disgrace he bore.” Sure, there can be disgrace in being a minority. But maybe that’s exactly what we need to discover the real power of the gospel.

Maybe our kids and grandkids will discover, if Christians do indeed become the minority in the next 50 years, more of what it means to identify with Jesus, to boast in him instead of nice buildings and social media followers and candidates who know they can’t get elected without us. And maybe they’ll be able to do a better job than we did of communicating the good news of Jesus to a broken, fragmented world in dire need of good news.

If so, becoming a minority might be the best thing that ever happens to us.