they shall be as white as snow;

though they are red as crimson, 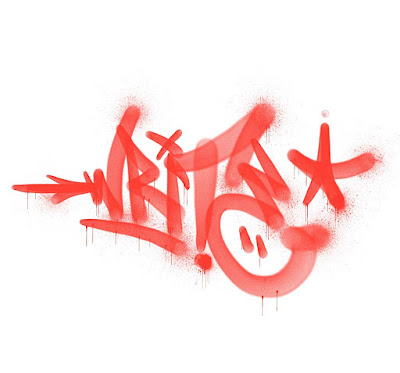 We got tagged this week.

Sometime in the night, someone sprayed graffiti on the walls of the church, and on our sign. It was only the second time it’s happened in 28 years, and by far the most extensive, so we can’t really complain. I do wish it had at least been a little more artistic — I’m pretty sure an 8-year-old with a spray-paint can could have done as well as our “artist” did. Maybe what bothered me most is that one of the tags obscured the “Christ” in our sign.

In the grand scheme of things it’s no big deal, but it was a little jarring. And not just for me: Some neighbors were more upset than I was. More than one worried that it would take a long time for the city to remove it.

Thankfully, I know someone who was able to help, a community liaison officer with the Chicago Police Department named Deanna. She’s volunteered at our food pantry before, so she knows us well. I reached out to her. I don’t know exactly who she spoke to, but by the end of the day there was a guy outside blasting it all off our walls. Fifteen, twenty minutes later you couldn’t tell it had ever been there.

And this verse from Isaiah came to mind.

For context, God says through the prophet that he hasn’t been listening to their prayers. What? Could that be right? Yep, there it is: “even when you offer many prayers, I am not listening.” God says he “hates” Israel’s religious observances, their assemblies and offerings and festivals, that he’s “tired” of them. He tells his people that when they come to the temple for worship, all they’re doing is trampling his lawn. Even though the Law tells them that they need to do these things, God wishes they wouldn’t. Why?

Well, it’s obvious, isn’t it? Their religion has lost its meaning because it hasn’t affected the way they treat each other. The same Law that required them to make sacrifices and observe Passover and what have you also required them to treat each other the right way. “Your hands are full of blood,” God says. “Wash and make yourselves clean. Take your evil deeds out of my sight; stop doing wrong. Learn to do right; seek justice. Defend the oppressed. Take up the cause of the fatherless; plead the case of the widow.”

And that’s where our text comes. “Let’s reason together,” God says. He and Israel have a problem to solve. A good translation actually might be, “Let’s consider your options.” God isn’t going to compromise on this. He expects justice and righteousness. He expects that those with power and resources and leverage should come to the aid of those who lack them. So Israel has some choices to make.

One of those is that their sins, scarlet and crimson and out of place like graffiti on the side of a church, can be washed away. They can be “as white as snow,” as clean as newly-shorn wool. The other option isn’t so good: “if you resist and rebel, you will be devoured by the sword.” They need to “wash and make themselves clean” by learning to do right, seeking justice, defending the oppressed, and advocating for those who have no one else to advocate for them and could be easily taken advantage of.

Here’s what came to mind for me as that city worker blasted the graffiti off the side of the church: “Well, that was easy.” And it truly was. I didn’t have to do anything but reach out to my friend. She took care of everything.

And I wonder if, as believers in the good news of the gospel, sometimes my attitude toward the cleansing of my sin isn’t the same? That was easy. Someone else did the work and, presto, I’m as white as snow. Jesus died for my sins and makes me clean. I’m like those folks in Revelation who “washed their robes and made them clean in the blood of the Lamb.”

Well, John the Baptist called Jesus “the Lamb of God who takes away the sin of the world.”  Paul does say that Jesus was“made sin” so that we could be “made righteousness.” He wrote, “you were washed, you were sanctified, you were justified in the name of the Lord Jesus Christ and by the Spirit of our God.” He tells us that “works of the Law” can only make us aware of sin, not make us righteous, that righteousness only comes by God’s grace through Jesus’ death, and so there’s nothing for human beings to boast about. We’re only clean because we know who to call on.

That’s all true, and I would argue that with my last breath. A hundred other texts, at least, say the same thing.

Still, I think we get it wrong sometimes.

Peter told his listeners on Pentecost that they needed to “repent and be baptized.” Not just be baptized. In baptism, we identify with what Jesus did to take away our sins. But in repentance, we make clear our intentions not to be controlled by sin anymore. God brings us to the place where we’re able to repent. He fills us with his Spirit so that we can, in Isaiah’s words, “learn to do right.”

When we say Jesus “takes away the sin of the world,” don’t think of how easy it was for me to sit back and watch that city worker blast spray-paint off brick. Think about following Jesus into that same work, starting with your own heart and mind.

So what I mean is that what Isaiah said to Israel is still true for us: Jesus can make us clean. He can take the stain of our sin away and make us “white as snow.” And in doing that, he makes it possible for us to “stop doing wrong” and “learn to do right.” He invites us into the lifelong task of pushing back against the power of sin, in our own lives and in the world around us, by doing good. Seeking justice. Taking care of those on the margins.

Sometimes we seem to think that God suddenly changed his expectations between the Old Testament and the New, that he lowered the bar. The truth is that through Jesus God made it possible for us to be the people he always intended for us to be. He brought into being Jeremiah’s “new covenant” in which God’s Law could be in our hearts and we could all know the Lord.

It’s a cheap grace that doesn’t change our hearts and minds and bring us to repentance. That makes us care only about my sins being blasted away, and not at all about how I live in the world around me. If we don’t get that, then maybe we, too, need to take some time to reason with God, to hear that God is tired of our prayers and our religious piety because it does nothing to make us compassionate for those around us.

That’s hard to hear. But it’s what we need. May we all receive the cleansing we need through Jesus.

And may we repent of the scarlet sin that keeps on obscuring that we belong to Christ.