You have searched me, LORD,

and you know me.

You know when I sit and when I rise;

you perceive my thoughts from afar.

You discern my going out and my lying down;

you are familiar with all my ways. 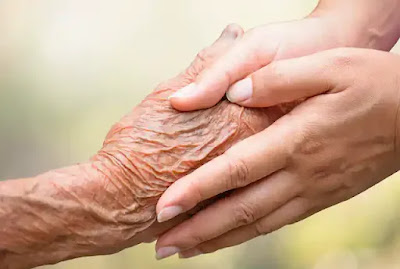 My father-in-law passed away this week. He had been sick for a long time, “gone,” in a lot of ways, for a couple of years. We have faith in Jesus, as did he, so we don’t “grieve like those who have no hope.” We know that “to be away from the body is to be at home with the Lord,” and so we view his death as a home-going. Still, even though Christian mourning is tinged with the hope of resurrection, it’s still mourning. My wife has lost her father. My son has lost his grandfather. Laura’s mom has lost her husband of 56 years. Friends and extended family have lost someone they enjoyed spending time with. That’s a lot of loss.

Laura said tonight as we went over his obituary that some of the people who are caregivers at the facility where John lived for the last few months “don’t know who the people they’re caring for were.” I think that was really profound. Everyone has history. They came from somewhere. They loved, they laughed, they cried, they had careers, they made mistakes, and they did good. Sometimes we tend to freeze people in the moments of their lives that we know them, and for most people we know that doesn’t do them justice. I have no doubt that if John’s caregivers could have somehow been implanted with the memories that Laura has of her dad or Edith has of her husband or Josh has of his grandfather, or even I have of my father-in-law, they’d probably go about their jobs in a different way. Guess that’s not possible, though.

All that’s possible is to tell the stories of the people we love.

So, maybe you’ll indulge me if I tell you who John Blount was. At least as I knew him.

John wasn’t the kind of guy most people would think of as adventurous. Still, he moved to Chicago from Henry Country, Tennessee (not exactly a major metropolitan area) when he was just an 18-year-old kid fresh out of high school and renting a “sleeping room” (his term) across the street from his uncle’s apartment.

John was the kind of guy who’d go pick up two elderly ladies from church who were getting kind of forgetful and take them to the grocery store. And then smile when they came out telling him about how they had “run into” each other in the store. The store that they had just ridden to together. In John’s back seat.

John was a guy who was asked by a dying member of his church to take care of his financial matters, mostly meaning to search his house for the cash he had hidden all around. He told his family members, “You can trust John.”

John was an electrician who was willing to make the one-hour round trip to his daughter’s and son-in-law’s house for any repairs without showing frustration or dismay (for the most part) at said son-in-law’s cluelessness. That includes the time he came over to repair their dryer, took the thing apart and tested every circuit, and then discovered that the dryer wasn’t getting hot because it was set to “air fluff.”

John was a guy who, along with Edith, joyfully spent time with his grandson, teaching him about stock car racing and having “adventures” with him. He was also the kind of guy who sent that grandson off to college with a tool box in his car, assembled from his own collection and now a treasured keepsake.

As long as he could, John went to every funeral of family and friends, whether in the Chicago area or in his home state of Tennessee. Those relationships meant the world to him, and even when he forgotten much he still remembered those names from long ago.

John got a job at the old Oscar Mayer plant at North and Sedgwick in 1955 — by getting off a CTA bus when he saw a “now hiring” sign — and then gave that job his best for the next 30 years. He knew when he had what he needed. He wasn’t always looking for more and better.

When the church he and his family were a part of moved to a “better” building in a new suburb, John, Edith, and Laura and a few other families decided to stay behind and start a new church in the suburb they were leaving because they thought there should still be a church there. They sacrificed to buy and renovate a building. John taught classes and did maintenance. That church is still there today.

And he was also willing, when it seemed like it would be better for his teenaged daughter, to move to that other church and serve there.

John didn’t finish college — his “summer job” in Chicago turned into a 30 year career — but he was one of the most intelligent people I’ve ever known in all the ways that matter: relationally, emotionally, ethically, morally, and spiritually.

We live in a world that reduces people: to characters on a screen, an identity in a computer, a set of financial transactions, a political opinion, a medical diagnosis, an obituary. As Laura noticed, that’s no way to know who people really are.

In Psalm 139, the psalmist celebrates that God knows him. Knows everything about him, what he’s going to say before he says it, what he thinks, what he treasures deep in his heart. God has known him, in fact, since before he was “knit together” in his mother’s womb. The psalmist can’t escape God’s knowledge and, here’s the thing, he doesn’t want to. He welcomes God’s knowledge of him. It’s “wonderful” to him. In fact, he wants God to know him even more deeply, if that’s possible, so that anything “offensive” in him might be found out and eliminated. I don’t know, maybe we don’t really welcome that level of God knowing us. But we should.

We should because it’s part of love to know the beloved. Matter of fact, you can’t say love exists without that knowledge. God knows us because we matter to him. We should, like the psalmist, celebrate that. We shouldn’t want to keep anything from him because the God who knows us loves us deeply.

And we should do people the honor of loving them like God loves us: by knowing them. Be willing to know their pain and sorrow as well as their joy. Know the things that make them delightful, but also the things that make them difficult. Be willing to know them and accept them as they are, without doubting that they can change, grow, and improve. Let them tell their stories. Take the time to know them.

I think you’ll find that people are more fascinating and multi-dimensional than you imagined.