My son and I were having a conversation about what we consider Bruce Springsteen’s best songs. After talking about some of our favorites, I started thinking about how he’s spoken about his (lapsed) Catholicism: he isn’t practicing, but he’s “still on the team.” He uses religious imagery pretty frequently. And he has famously said, of the way he structures his songs, “The verse is the blues, the chorus is the gospel.”

It’s interesting how so much of popular music wrestles with, aspires to, and even embraces faith. I guess that’s  because those are themes common to humanity.

So, mostly for me and maybe a little bit for you, and in no particular order, here’s my list of Bruce Springsteen’s Five Best Songs of Faith. Try it with an artist you like. 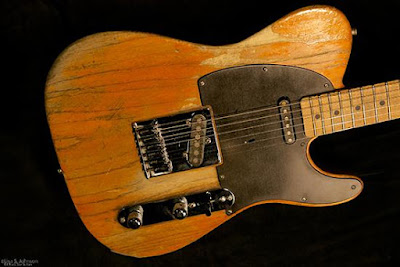 The title track from Springsteen’s response to the September 11 terrorist attacks tells the story of a New York City firefighter who comes to the scene “carrying the cross of [his] calling” — his NYFD insignia, based on the cross of St. Florian, the patron saint of firefighters. He ascends the stairs of the burning World Trade Center, surrounded by the “spirits” of those whose faces have “gone black” in the fire. “May their precious blood bind me,” he sings, “Lord as I stand before your fiery light.”

Author Jeffrey Symynkywicz calls the song "a national Good Friday experience if ever there was one.” In a moment of darkness for all of us, Springsteen called us to believe in “The Rising” — the hope of resurrection.

Springsteen wrote this song about his hometown, Asbury Park, New Jersey, years earlier, but included it on The Rising for obvious reasons. The lyrics tell of a city in decline, with “boarded-up windows,” “empty streets,” and “young men on the corner like scattered leaves.” In a particularly poignant line, he sings, “The church door's thrown open / I can hear the organ's song / But the congregation's gone.” “Tell me how do I begin again?” he asks.

The answer comes in a refrain: “With these hands.” He intends to rebuild. He repeats that line 20 times, alternated with another: “I pray.” He prays for the strength, love, and faith to use his hands to rebuild what’s been ruined. The song captures the sorrow of loss and the hope that with faith in God human beings can rebuild what’s lost. It reminds me that God often does his reconstructive work with the hands of the faithful.

Badlands (from Darkness on the Edge of Town, 1978)

This one is sneaky of me. It’s one of my favorite songs, period. It sounds at first listen like a typical Springsteen rocker about a guy who finds himself discouraged by his situation in life, who’s had his “back burned” by “working in the fields” and has his “facts learned” by “working beneath the wheels.”

This song is probably the most overtly religious of any in Springsteen’s catalog. It a line from a gospel song, “I’m a Soldier in the Army of the Lord,” looped throughout the refrain. From the opening lines, “Rise up shepherd, rise up / Your flock has roamed far from the hills,” and “angels…shouting ‘Glory, Hallelujah,” the song calls for those who would shepherd the wandering flock to listen. “Forty days and nights of rain have washed this land,” Springsteen sings, referring to the financial injustice that Wrecking Ball addresses, but “Jesus said the money changers in this temple will not stand.” “Find your flock, get them to higher ground,” he urges (political leaders, maybe?). “Flood waters rising and we're Caanan bound.” Maybe we all have responsibility as shepherds: “Tend to your flock or they will stray / We’ll be called for our service come Judgment Day / Before we cross that river wide / Blood on our hands will come back on us twice.”

The song wants us to be soldiers, shepherds leading those who are struggling to safety over “rocky ground,” believing that “a new day’s coming.” But there’s doubt still, as captured in a rap section by Michelle Moore:

That your best is good enough, the Lord will do the rest

You try to sleep, you toss and turn, the bottom's dropping out

Where you once had faith now there's only doubt

You pray for guidance, only silence now meets your prayers

The morning breaks, you awake but no one's there.

This is just a pretty little ballad in which Springsteen has said he wanted to “reach into the idea of Jesus…as somebody’s boy.” It begins with Jesus walking up Calvary, with Mary beside him. It flashes back to him laying at Mary’s feet, reading the Psalms as a boy “in the hills of Nazareth.” She remembers her own promise that she’ll be “at his side” to keep away “shadow,” “darkness,” and “tolling bell.” But then in Gethsemane he “prayed for the life he'd never live” — maybe one in which he could comfort his mother as she had comforted him. It ends with these lines, a little stab of hope for everyone who has to watch their children suffer: “Jesus kissed his mother's hands / Whispered, "Mother, still your tears / For remember the soul of the universe / Willed a world and it appeared.” God brings something out of nothing: that’s what he did at Creation, that’s what he did at Calvary, and that’s the promise still when we trust in him.

Some honorable mentions have already come to mind, but I’ll just say that I think it’s good for us as believers to look for the ways God is working in our world. Sometimes we’re inclined to think popular culture is Godless — and sometimes it is. But human beings, Christians believe, have a need for God whether we admit it or not. Let’s look for the ways that need shows itself, thank God for it, and ask how we can help people answer it.