What good is it, my brothers and sisters, if people claim to have faith but have no deeds? Can such faith save them? Suppose a brother or sister is without clothes and daily food. If one of you says to them, “Go in peace; keep warm and well fed,” but does nothing about their physical needs, what good is it? In the same way, faith by itself, if it is not accompanied by action, is dead.
But someone will say, “You have faith; I have deeds.”
Show me your faith without deeds, and I will show you my faith by what I do. (James 2:14-18) 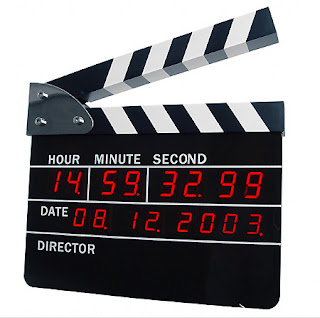 On a tour of one of the movie studios during our family's trip to Los Angeles last week, we visited some of the backlot sets. There was a city street backlot. An Old West backlot. A Europe backlot. And old Mexico. One of the things we learned was that most of the buildings in the backlot are just for show. If you walk through the front door, well, that's about all there is. These sets, called facades, run no more than about five feet deep. They're just made to be seen, made to be photographed, but there's nothing behind the facade. If you want to shoot an interior shot, you have to put the actors in a sound stage or another building.

The other kind of sets on the backlot, as you may have guessed, are completely built out. They're real buildings, as opposed to facades.You can shoot a scene on the outside of the building, or you can use the inside too. The name for these kinds of sets makes perfect sense: they're called practical sets. Practical, because you can use them. You can follow an actor through the front door, move a scene from exterior to interior without editing.

One other thing I learned: it's tough to tell facades from practical sets from the outside. Facades are made to fool you, after all. They're intended to convince you that they actually are brownstones or saloons or hotels. At first glance, you might be convinced that a facade is a practical set.

But look inside, and the difference is obvious.

For several hundred years, Christians have struggled to come to terms with how verses in the Bible that tell us that we're saved by faith and not by works reconcile with verses that tell us that we're saved by what we do, and not faith alone. There are texts, after all, that say both of those things. And it's fair to ask how both can be true, and it's understandable that we might think one contradicted the other. But like a lot of deep theological mysteries, this one dissipates with an application of common sense and a dose of experience. And, as it happens, a trip to a Hollywood backlot.

You know there are people, whether you know any of them personally or not, whose faith is a facade. There's an exterior that might fool someone at first glance. Maybe it's a carefully-maintained exterior, even, that can withstand more than a cursory glance. They're known for their piety. Respected and admired in their churches. Maybe they're leaders in their churches, even: people who others follow and emulate. They say things that give the impression of a deep relationship with God. They know the Bible. They're fluent in “churchy” vocabulary. But get to know them, and you see that their faith doesn't go five feet deep. You find that there's nothing behind the facade.

You also know people, and I bet you know some personally, whose faith is genuine. Oh, you can see it from the outside too, just like the “facade” Christians. But in their case, there's something behind the exterior. Their faith isn't strictly to be seen from the outside. You're welcome to open the windows, walk through the doors, and see what's behind it all. Maybe their piety is known and respected as well, maybe they're fluent in “churchy” vocabulary as well, but their faith is about more than those things. It's a faith that shows itself in their office as well as in their church. It's a faith that's comfortable serving the poor as well as saying important things in a Bible class. They might know the Bible, and they certainly know it well enough to know that “facade” faith isn't really faith at all. They know – and they model – that real faith is practical.

Because that's really the difference, isn't it? That's how we know whether our faith is genuine or not. “What good is it...if people claim to have faith but have no deeds? Can such faith save them?” That may sound a little harsh, a little intolerant, but I think James just means to point out something that deep down we all know. Real faith, real trust in God, always creates action. In response to God's love and grace, people act.

Look at the stories in the Bible of the people who trusted God, and you see that it's true. Abraham, Moses, David, Jeremiah. Daniel, Esther, Nehemiah. Rahab, Joshua, Noah. These were people of action, because they had faith that as long as they trusted God the things they did were not in vain.

You can also look at a lot of those folks and see that they didn't always make the right choices. God doesn't ask us for flawless judgment, and he recognizes that none of us are immune to temptation, and he knows our limits. All he asks is that we trust him – have faith in him – and he promises that he'll watch over us and protect us and redeem us and save us.

I think it's great that the Bible doesn't ask us to judge each others' faith. That's because the only faith I'm truly able to evaluate is my own. And the best way I know to do that is to ask myself one question: “Is my faith practical?” Is there anything behind the facade? Will my faith contain the work God wants me to do? Does it tell the story of his grace in my life? Does it bring about action? Or is it just for show – a false front I wear to play a part for those who might be looking on?

If honest evaluation tells me that there's not much action in my faith, then it's time to make a change. It's time to serve. To work. To act in God's name. It's time to put some depth in my faith, add some practical to my facade. To rest secure in God's love – not because of the things I've done, but through genuine trust in his grace.