There were others who were tortured, refusing to be released so that they might gain a better resurrection. Some faced jeers and flogging, and even chains and imprisonment. They were put to death by stoning; they were sawed in two; they were killed by the sword. They went about in sheepskins and goatskins, destitute, persecuted and mistreated — the world was not worthy of them. (Hebrews 11:35-37) 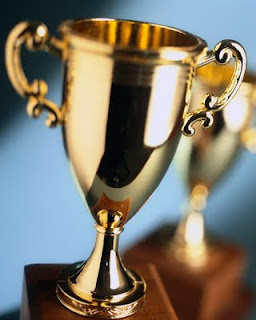 Robert Whittaker is a Welsh physician who went to Nigeria nearly 35 years ago, after being moved by a magazine article reporting the need for doctors in the African nation. He began by spending his vacations in Nigeria, but eventually he and his wife, Annette, relocated there. They live on the compound of Nigerian Christian Hospital near the city of Aba with their son, Ozioma.

Those who know Dr. Whittaker call him “humble” and “selfless.” He could without a doubt earn a very comfortable living in Wales, or most anywhere else, for that matter. He could be very prosperous, and maybe even share some of his prosperity with missionaries when his conscience started bothering him. But he's made a choice to live his life and practice his profession among people who are rich in need, but poor in wealth. He's chosen not to be insulated from those who most need his skills.

The catch, of course, is that he's not insulated from others, either. Others who can benefit from him in other ways

That explains, as far as anything can explain, why a car full of gunmen pulled up to Nigerian Christian Hospital Sunday night. They shot the hospital's security guard, then abducted Dr. Whittaker. Annette was slightly injured in the attack, but is expected to recover completely. The guard is still being treated for his wounds.

Dr. Whittaker was, thankfully, released after 46 hours in captivity, after staffers at Nigerian Christian Hospital negotiated with his captors. He will travel to the U.S., when he's able, to receive treatment for his gunshot wound. He may yet lose an arm.

With a lot of prayer and the grace of God, this story ended as happily as possible, I suppose. At best, though, the events show that a fallen world doesn't necessarily respect and appreciate people like Dr. Whittaker – people who forego “success” as the world defines it in order to answer God's call on their lives.

That's no secret, is it? We all recognize that there are no promises that serving the Lord makes life easier. Some of God's people, in fact, have discovered that serving the Lord complicates matters. Some, the writer of Hebrews reminds us, endured torture and death rather than renounce their faith, placing their hope instead in their promised resurrection. Mockery, insults, violence, prison, and even martyrdom didn't deter them. While they might have wanted a world that worshipped the Lord and recognized their devotion, they accepted the world's disdain, ridicule, and hostility. They went around in rags instead of the expensive clothes of the world's approval. They chose to be destitute by the world's standards so that they could be rich toward God.

“The world was not worthy of them,” the text says. What a compelling phrase. We so often think in terms of being worthy of the world: its accolades, its respect, its admiration, its rewards. And the world sits in stern judgment on people of faith, people who would dare to suggest a different set of priorities, a different standard of measuring worth. The world tries to force us into their mold, make us accept their standards and priorities. In Dr. Whittaker's case, they seem to have done it literally. They've placed a value on Dr. Whittaker's life measured in the desire of the people who love him to have him back.

They have absolutely no idea. No clue whatsoever.

What value do you place on the lives he's saved? The suffering he's relieved? The compassion and care he's given? What value do you place on his faithfulness as a channel of God's grace and proclaimer of the gospel of Jesus? They won't take that into account as they determine their ransom, of course. They can't. They don't care. That kind of value doesn't spend in their world.

And that's why the world isn't worthy of Dr. Whittaker.

By the way, that worth of ours? It doesn't come from what we do, or what we know, or what we may have given up. Without our loving God, without Jesus crucified and raised, without the gift of the Holy Spirit, we're no different from anyone else. It's God who gives us our value, and God who raises our awareness of it. And once our awareness is raised, settling for the admiration of the world will never satisfy us.

Only one thing will. The Bible says “God has planned something better...” for his people throughout the ages who defer the rewards of the world and endure its contempt for his sake. (Hebrews 11:39) I'm surprised to discover that belief makes me feel a little better about Dr. Whittaker's situation. Oh, I'm still praying for his recovery, and the recovery of the guard, and for comfort for his family, and I hope you will too. But I have a feeling that Dr. Whittaker will continue to be the person God has made him through Jesus, whatever happens next. And I believe that, whether or not the world ever treats him with respect and admiration, he will have his reward. His God has prepared something better for him.

For you and I, too. Ironically, we're sent to this world, this world that has consistently proven itself unworthy to host God's people, as carriers of his love and grace. And maybe that world will never understand the gospel of Jesus if they don't see forgiveness, faith, and and grace lived out by us. And maybe that's why people like Dr. Whittaker have to endure the world's contempt because in his faith and endurance, the love of Jesus Christ is re-enacted.

May God grant us the grace to walk in his footsteps, wherever they might lead.


Contributions for the Whittakers and letters of encouragement may be sent to:

Donate via PayPal at www.ihcf.net

Unless otherwise indicated, all Scripture quotations are taken from The Holy Bible, Today’s New International Version TNIV (r), Copyright (c) 2005 by International Bible Society. All rights reserved.
Posted by Patrick Odum at 9:38 AM