"With Gentleness and Respect"

But even if you should suffer for what is right, you are blessed. "Do not fear what they fear; do not be frightened." But in your hearts set apart Christ as Lord. Always be prepared to give an answer to everyone who asks you to give the reason for the hope that you have. But do this with gentleness and respect, keeping a clear conscience, so that those who speak maliciously against your good behavior in Christ may be ashamed of their slander.
- 1Peter 3:14-16 (NIV) 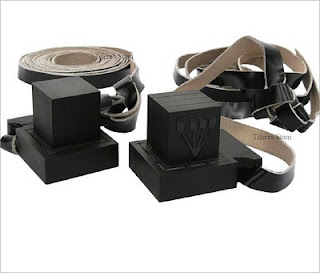 A Jewish teenager from New York on his way to spend some time with his grandmother in Louisville, Kentucky, had his flight diverted to Philadelphia this morning. When the plane landed, he found himself greeted by bomb-sniffing dogs and the FBI.

All because he wanted to pray on the flight.

The teenager, Caleb Leibowitz, wanted to use the time on the plane to catch up on his usual morning prayers. But Caleb prays using traditional Jewish tefillin – small Scripture-filled boxes worn strapped to the left arm and forehead. A passenger noticed as Caleb removed the boxes and began strapping them on. Mistaking the straps for wires, she notified a flight attendant, who asked the boy what he was doing. When he answered that he was praying, without explaining the tefillin, she notified the crew, who made the decision to divert to Philly.

As soon as it became clear to Philadelphia police and TSA representatives that Caleb posed no threat, he was put on another flight to Louisville.

What impresses me about this story is the way that Caleb, his family, and his Rabbi responded to the situation. Caleb’s grandmother, after acknowledging that police pointed guns at Caleb and handcuffed him, went on to quickly add that they only pointed their guns “a little bit” and that the handcuffs were “only for a short period of time.” She acknowledged the fact that terrorist threats had made Americans “skittish,” and said she hoped people would learn about the rituals and not be fearful.

Caleb’s Rabbi, Shmuel Greenberg, said that Jewish people “can’t expect the whole world to know what this ritual is all about.” He added, “When we see people carrying explosive material in their shoes and their pants and I am the passenger next to him and see someone strapping, I would panic too.”

“I would suggest, pray on the plane and put the tefillin on later on,” he finished.

Caleb, for his part, was helpful and cooperative in explaining the prayer ritual to police and other officials who questioned him.

Honestly, the first thought I had as I read the story was, “Here’s a lawsuit waiting to happen.” It doesn’t seem like that’s on Caleb’s radar, or his family’s or his congregation’s, however. I’m sure Caleb was embarrassed by the incident. I’m sure that someone could make a very strong case that his rights were violated – however well-intentioned the violation may have been. I imagined that, if they were so inclined, they’d stand a good chance of winning some damages from the airline. But none of that seems to be on their minds.

In fact, if I didn’t know that Caleb was Jewish, I’d say that he, his grandmother, and his Rabbi, acted in a very Christian way.

Unfortunately, I can’t say that about some Christians I know.

Please understand; I’m a great fan of individual rights. But some of us seem to think that it was Jesus who guaranteed Americans the right to “life, liberty, and the pursuit of happiness.” But it wasn’t Jesus who said that. Jesus said things like, “Don’t be surprised if the world hates you,” and “take up your cross and follow me.” Peter said that we should respond to persecution with a gentle and respectful testimony to the hope that we have in Christ. That’s real persecution, mind you – not jokes by our co-workers or an ordinance from the town council that says we can’t put a nativity scene in the square or a vote on gay marriage that doesn’t go the way we’d prefer.

Jesus was unjustly sent to the cross, yet he didn’t stand up for his own rights. He didn’t threaten legal action or plot elaborate revenge against his tormentors. “As a sheep before her shearers is silent,” the prophet said, “so he did not open his mouth.” If we’re going to follow him, where do we get the idea that it’s OK for us to bear our crosses complaining, arguing, and demanding our rights the whole way?

It’s not enough, in the end, that we be willing to suffer for him. We’re called to suffer like him, as well. There is no greater testimony to the power of God, the love of Jesus, and the presence of the Spirit in a person’s life than graceful suffering. When we take the difficulties of life and the misunderstandings of others on our shoulders with love, kindness, generosity, and forgiveness, the world must take notice. They can’t dismiss us as cranks, or claim that our boorish behavior brought that suffering on us. It may even be, Peter says, that the very people who abuse us, insult us, and misunderstand us may be brought to shame when they see us take what they give us with courage, grace, and even joy. It may be, like the centurion at the cross who saw how Jesus died, that they might even say, “Surely this person is a child of God.”

Let’s be more thoughtful and more prayerful about how we handle difficulty, inconvenience, and injustice. May we put aside anger, suspicion, cynicism, and bitterness. May we not fear what the world fears, but “rejoice that [we] participate in the sufferings of Christ.” May we speak boldly, but more about Jesus and not so much about our own rights. May we give more thought and prayer to our words and actions when we’re under duress. And may the world speak highly of our Lord because we wear his name.