May the God who gives endurance and encouragement give you the same attitude of mind toward each other that Christ Jesus had, so that with one mind and one voice you may glorify the God and Father of our Lord Jesus Christ.
Accept one another, then, just as Christ accepted you, in order to bring praise to God. (Romans 15:5-6) 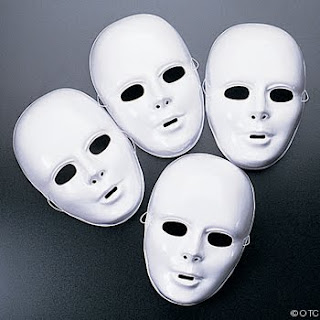 I was reading an article at Sojourners Blog this week. Julie Clawson wrote about women and “Impostor Syndrome” – the secret fear that women have that they’re not as intelligent, capable, and professional than their peers. Clawson suggests anecdotally that this fear is even subconscious – she relates a dream in which she’s talking with Michelle Obama and is worried that she sounds like “a complete idiot” to the First Lady.

I found myself pretty interested in what Clawson calls “Impostor Syndrome” – especially when she suggested that the church actually encourages this feeling in women. Actually, she didn’t suggest it as much as stated it explicitly as fact. “Impostor syndrome,” she writes, “causes women to dismiss praise, add disclaimers to their statements, and constantly feel less intelligent or mature than their peers. In short, to mirror the qualities and virtues of a nice and humble Christian girl.”

A couple of things struck me as I read. The first was that, if we’ve somehow managed to equate the biblical virtue of humility with a lack of confidence and self-esteem, we’ve missed the boat. Humility, as I understand it, is about seeking God and others above our own interests. It isn’t feeling inadequate; it’s knowing you’re more than adequate, giving praise to God, and not taking inordinate pride in it. Humility is recognizing that God is God and I’m not, and that because I’m not I’m of no more – or less – intrinsic worth than anyone else.

But a humble surgeon doesn’t, because he’s humble, think that an accountant is as qualified to remove a gall bladder as he is.

The second thing to strike me was to consider the ways the church has contributed to this thinking among women. Among churches that distinguish between “ordained” and “non-ordained,” and that generally don’t include women as potentially among the ordained – or that ordain men and women for different functions – has there perhaps been more value placed on the ordained? Have women been taught in that way – unintentionally, surely, but no less genuinely – that they are somehow second-class citizens in God’s kingdom? That they should sit and be quiet and mind the children and kitchen while those who are more capable than they are lead the church?

Then it struck me that in churches that don’t explicitly “ordain” – like mine – this could be even more of a problem.

Not that we intend to do that. Oh, sometimes we might, but I think by and large it’s an unintended consequence of the way we read the Bible and the way our churches are built from the ground up to resist change.

But the fact that it might be unintended doesn’t make it any less destructive.

I know that churches that get their identity from Scripture have real struggles with some of the biblical passages that are regarded as limiting the roles available to women. But earlier generations of believers came to decisions about slavery, for instance, that at the time were regarded by some as running counter to biblical teaching. Those believers came to their conclusions because the gospel taught them that all people were equally loved and valued by God. Their convictions motivated them to stand against slavery, and in time the church vindicated their stand.

In any case, any application of Scripture that causes the church to give any of their members the impression that they’re second-class citizens is wrong. Period. It may be well-intentioned, but it’s just wrong.

So churches like mine need to take a long look at whether we’re reading the Bible well, and behaving toward one another in ways that take the gospel seriously. To take texts that may limit what women are asked to do in public worship and use them to shut them out of decision-making and direction-setting, or make it difficult for them to find ways to use the gifts God has given them, is mistaken.

We need to listen to each other. I’m glad Clawson wrote about this, because it made me realize that sometimes in the church we don’t hear each other very well. We focus on defending territory and accurately interpreting Scripture, without noting the irony that when we devalue people in any way we violate some of the most central and consistent truths of Scripture. I’m glad to have had the chance to hear what Clawson said.

But I also want to say something that might surprise her. I have Impostor Syndrome too.

There are times when I’m not sure I’m capable or intelligent or talented enough to carry the responsibilities I have. I’ve sat through conversations where I’ve tried to say as little as possible so the other person wouldn’t know what a moron I felt like I was. I’ve felt like my critics are more accurate than my supporters, and I’ve sometimes chosen no to try something because I didn’t think I was up to it. (I'm already worrying about how people will respond to what I've written here.)

If I had a conversation with Michelle Obama, Julie – even in a dream – I would probably feel idiotic too.

And maybe no one among us will have to feel like an impostor anymore.