I have fought the good fight, I have finished the race, I have kept the faith. Now there is in store for me the crown of righteousness, which the Lord, the righteous Judge, will award to me on that day—and not only to me, but also to all who have longed for his appearing. (2 Timothy 4:7-8) 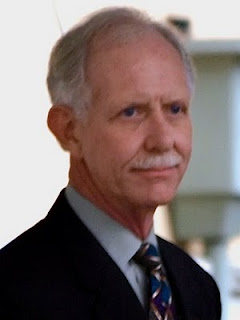 You may not know his given name, but you very well may know his nickname. “Sully” Sullenberger became an (unlikely) household name in January of last year, when US Airways flight 1549, a flight he was piloting, crashed into the Hudson River just after takeoff from New York’s LaGuardia Airport.

Actually, “crashed” isn’t the correct term. The term is “ditched,” which means a controlled water landing, and ditching is better than crashing. When an Airbus A320 crashes, lots of people usually die. When you ditch one…well, people can still die.

Sully’s plane hit a flock of geese as it took off, which filled the engines with, I guess, something like pate’. Without power, he needed somewhere to land the plane. Fast. LaGuardia being where it is, he had very few options. So his best bet was to land on the Hudson.

The fact that no one had ever ditched a jetliner in the Hudson successfully didn’t seem to enter his mind. His voice on the flight recorder as he tells the passengers to “brace for impact” and ticks off commands to his co-pilot is almost eerily calm and cool. You’d think it was just another day at the office.

Of the 155 passengers and crew onboard, everyone made it out safely. Sully would know. He checked the cabin, twice, before he left the plane himself.

There was, however, one casualty in the crash. Sully lost an NYC library book.

When he called to report its loss, they waived the fine.

Sullenberger doesn’t play the hero well, however. He downplays the whole thing. When people want to talk to him about it, he invariably deflects praise to his co-pilot and flight attendants. People who know him describe him as quiet and shy, and not comfortable in the spotlight. About the most he’s said about the events of that day was in an interview with Katie Couric:
“One way of looking at this might be that for 42 years, I've been making small, regular deposits in this bank of experience: education and training. And on January 15 the balance was sufficient so that I could make a very large withdrawal.”

Hardly hero talk. “Education and training.” Sully’s suggesting that heroes are made, not born, and that what makes him a hero is that he had been faithful in doing the small things that made his heroic moment possible. Inexperienced people successfully landing jetliners is for the movies; in real life, it’s almost always the person who’s faithfully prepared himself for a heroic moment who comes through. And when the moment’s over, he usually acknowledges the other people around him who were prepared for the moment as well.

In fact, Sullenberger was involved in the development and implementation of safety standards for the air travel industry for years before his big moment on the world stage last January. He saved 155 lives in one day last year, but his other work will save who knows how many lives for years to come. Oh, he won’t be remembered for that. He’ll be remembered for the other thing. But it might be that his other work will have more lasting significance.

It used to be – or at least it seems to me like it used to be – that you had to do something to be famous. Now we live in a world where, as Andy Warhol predicted, nearly everyone gets fifteen minutes of fame. Reality TV depends on the idea that we’ll watch people who are celebrities simply because the networks say they are. We make celebrities out of people who are rich, or related to someone who’s rich, or who say outrageous things, or who are attractive, or even people who have been disgraced for doing illegal or unethical things. But they’re not disgraced anymore; they just go on Celebrity Apprentice.

While the Chesley Sullenbergers of the world, who faithfully do the right things well for decades, have to land a plane in the Hudson River to get noticed.

Paul was near retirement, like Sully, when he wrote 2 Timothy. Reflecting back on his life, Paul doesn’t list his most obvious accomplishments. He doesn’t dwell on his big moments. As he looks at his imminent death, and at the life he believes in after death is past, he thinks of the consistent direction of his life. “I have fought the good fight,” he says. “I’ve finished the race.” He didn’t claim to have knocked out all opponents or finished first in every race. But he knows that he’s fought, and that he finished. His might not have always been the name on the tip of everyone’s tongue, but he had doggedly finished the course God had laid out for him.

“I have kept the faith,” he says. And that’s what heroism really is. Keeping faith.

Chesley Sullenberger kept faith with the 155 passengers and crew of Flight 1549 long before he met them, by being diligent in the training and education that eventually put him in a position to save their lives. And there are people you need to keep faith with, too – some who you already know, and some you might never meet face to face. God calls us to faithfulness in what he gives us to do – in the diligence and responsibility and integrity that we show in our homes, schools, offices, and neighborhoods. He calls us to love, serve, proclaim the gospel, and live holy lives wherever he’s placed us. He asks us to fight, and finish, and be faithful. Not to worry about where our names are in the standings, or whether anyone else knows how important we are.

Sullenberger appeared on 60 Minutes last year after his heroic water landing. At one point in the feature, he walked into a room filled with people. They were many, maybe all, of the passengers of Flight 1549. They were there with their families, and one by one they came up to him with their children and said, “Because of you, this child has a father.” “Because of you, this child has a mother.” I doubt he ever envisioned that moment when he was sitting in a flight simulator practicing water landings. That’s the thing about faithfulness, though – it’s hard to predict how far-reaching its implications can be.

So go be faithful. Go and fight the fights and finish the races that God gives you. Keep the faith, and know that God is doing more with your faithfulness that you can possibly imagine right now.

Go be a hero. And don’t retire until God tells you too.