“Suppose a woman has ten silver coins and loses one. Does she not light a lamp, sweep the house, and search carefully until she finds it? And when she finds it, she calls her friends and neighbors together and says, 'Rejoice with me; I have found my lost coin. In the same way, I tell you, there is rejoicing in the presence of the angels of God over one sinner who repents.” (Luke 15:8-10, NIV) 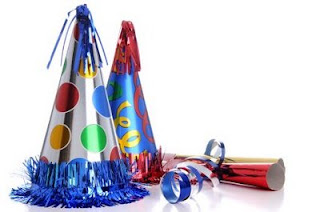 There's no question that's an odd anniversary gift. But this was a special class ring. In 1975 Bill was on a camping trip in Tennessee. He had received the ring not long before the trip, and lost it somewhere at the campground. After searching for it for a while, he finally gave up and returned home to Avon Park, Florida, without it, resigned to its loss.

But 26 years later, Ron and Terry Stewart bought the campground. Ron likes to wander around with a metal detector, and he was sweeping the ground on his new property one day when he found a size 15 class ring that had once belonged to an Avon Park High School Red Devil, Class of 1975. The initials on the ring were W.L.M.

So Ron and Terry went on a quest for the ring's owner. They found the school easily enough, and e-mailed the office with the news that they had found the ring. Someone checked the 1975 yearbook and found a picture of Bill. Then that person talked to Jill, who just happens to be the swim team coach at Avon Park High School. She confirmed that Bill had lost his ring on that trip, and the Stewarts mailed it to Jill. But Jill kept it hidden until October 12, 2001, when she slipped it back onto his hand.

Jill says her husband was "stunned" when he saw the ring. I'm sure he was, because that's the reaction we always have when we find something we had given up hope of ever seeing again. But I'm sure that somewhere down there happiness bubbled, too. Finding something valuable that had been lost always makes you joyful.

Let us never forget that finding the lost makes God joyful, too.

What thrills God? What touches off celebration in heaven? Jesus didn't say that it's the good deeds of the church that do it. He didn't say that God rejoices over the prayers of the devoted, or the songs that we sing in worship, or a really good sermon, or Communion rightly observed, or a full offering plate. He doesn't even say that it's the piety of righteous people that kicks off the party in heaven. In fact, Jesus says that if you want to make God fill the punch bowl and hang the streamers and pass out noisemakers and party hats to the angels, all you have to do is bring someone lost home. That does it every time.

Jesus showed in his own life that this is what thrills God. He came to earth and combed through the dirt to find lost people. And when he found them he picked them up, cleaned them off, restored their shine, and placed them back in God's hand where they belonged. He didn't waste time schmoozing with the religious movers and shakers. He didn't blow his days courting the rich, famous, and powerful. He went to lost, hurting, broken, weak, sick, hungry, dying people and showed them that God could not forget that they had been lost and that he waited in anticipation for each one of them to come stumbling up the driveway, one by one.

And if that's what thrills God most, and if that's what Jesus did for us, it just seems to me that it should thrill us, too. Our mission is to do what Jesus did: to use ourselves up showing and telling of the love of God. Every day we walk by and brush against lost person after lost person. God cares about those people. It saddens him that they aren't yet home. And if we can put an arm around one of them and through our time and service and witness bring him to the cross and to the water of baptism and to the home that God has prepared for him, our Father will be pleased. Thrilled. Overjoyed. He'll call the angels together, and with smiles on their faces and joy in their eyes they'll celebrate the finding of this one who was lost.

Unless otherwise indicated, all Scripture quotations are taken from The Holy Bible, Today’s New International Version TNIV (r), Copyright (c) 2005 by International Bible Society. All rights reserved.
Posted by Patrick Odum at 8:01 AM