I have become all things to all people so that by all possible means I might save some. I do all this for the sake of the gospel, that I may share in its blessings. (1 Corinthians 9:22-23) 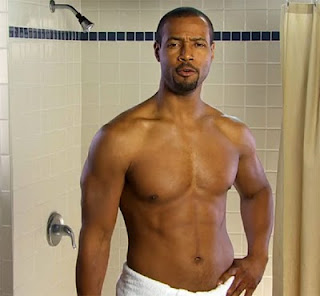 Did you happen to buy any Old Spice Body Wash this week? If you did, you might have Portland, Oregon, ad agency Weiden + Kennedy to thank.

Weiden + Kennedy is the agency behind Old Spice Guy, who's been on TV since the Super Bowl. Old Spice Guy, in real life named Isaiah Mustaffa, is the chiseled, baritone-voiced, shirtless, towel-clad guy who walks confidently across your screen, striding from one manly situation to another, while telling women (and men, implicitly) that their men could smell like him – and be as masculine as him – if they were to invest in Old Spice Body Wash.

I say he speaks to women, because that's exactly why he was created in the first place. Old Spice Guy was born when Proctor and Gamble, the parent company of Old Spice, did some customer surveys that indicated that women actually buy the large majority of male body wash, and that they buy it because they want their men to smell a certain way. So Weiden + Kennedy developed a character who appeals to both male and female sensibilities – he can “bake you a gourmet cake in a kitchen he built for you with his own hands.” Men think he's cool, and women think he's sexy, and both genders appreciate the humor. Everybody wins, and Old Spice sells a lot of body wash.

But Weiden + Kennedy weren't happy with that. And so they took their targeted advertising to a new, never-seen-before level.

This week, Old Spice Guy popped up in a few Web videos. Then the company invited customers to contact Old Spice Guy. You sent a message to him through social networking sites or email, and within a few minutes there would be a new video of Old Spice Guy responding to you, personally. He gave relationship advice, proposed on behalf of one guy, told a Blackhawks fan what he'd do on a day with the Stanley Cup, and answered a question about sharks. Celebrities got in on the act – he responded to four tweets by actress Alyssa Milano, and he gave Demi Moore a “special video response” – meaning that in essence Proctor and Gamble has celebrity spokespeople selling their product for free. And, of course, those videos were posted and re-posted online, widening the reach of the ad campaign that much more.

Analysts are touting the ingenius way the ads target such specific demographics – and especially specific people. By developing an appealing character and refusing to take the one-size-fits-all approach that a lot of marketing uses, the developers of this campaign are using the relatively new technology of social networking to get their message across in a powerful way.

It's not really a new idea, though.

Paul used the idea in proclaiming the good news of Jesus. “I have become all things to all people,” he wrote to one of the churches he planted, “so that by all possible means I might save some.” Paul didn't insist on standing on a street corner – or in a church building – shouting the same “authorized” sermon over and over. He thought about his audience: who he was trying to convince, what their concerns were, where they were already in regard to religion and morality, how their native culture would affect the way they heard him. Paul didn't mass-market the gospel. He didn't even pick one particular demographic and get really good at converting people who fit in that category. He came to people and groups individually, and tried in his interactions with them to gain the best hearing for the good news of Jesus that he possibly could. He could quote from the Old Testament, and he could quote Greek poets. He could address the struggles and questions of people who were coming to Jesus from Judaism, and he could also engage with folks who were coming out of paganism.

He learned the approach, I guess, from Jesus, who never crossed paths with someone who was sick or lame or demon-possessed...or dead...and left them as they were. He learned from Jesus, who could eat with Pharisees and tax collectors alike, and who could make a difference in the lives of Roman centurions, Jewish synagogue leaders, and raving, homeless maniacs. Jesus became all things to all people on the way to a cross, where he would give us the one thing all of us need. But before people could trust him as their Savior, they heard his voice and felt his touch as their friend.

The problem with that approach is that it seems slower, and less efficient, and it takes a whole lot more thought and effort. Is that why the church has largely abandoned the methods that Jesus and Paul used? Is it that we want to proclaim the gospel to more people, more efficiently? Or is it that we really don't care enough about people without Jesus to do the work of getting to know who they are and how we can best communicate the gospel to them?

So we conduct our worship services in buildings full of believers, and call it evangelistic if we offer an invitation or altar call. We worry that people won't come to church anymore. We wonder if even our children will follow the Lord.

Maybe we need to be more like Paul, and Jesus before him. Before people believe our message about the Savior, maybe they need to hear our voices and feel our touch as their friends. Maybe we need to speak less and listen more: to what's on their minds, what they're worried about, what they believe, what they doubt, what they love, what they hate, and where they come from. Then we'll know a little better who they are, and maybe figure out how to talk about Jesus in a way they can hear.

And if you're worried about how we'll communicate that way to all the people who need to hear the gospel, well, take a look at the number of people viewing those Old Spice videos. Most in the hundreds of thousands, already, in just a day. Some over a million views already. You and I won't be able to reach even a fraction of the people who need Jesus. But we won't have to. Because when you hear an appealing message presented in a way that resonates with you, you want to tell others about it, don't you? And they will too, if we speak to them.