Each of you must turn from your sins and turn to God, and be baptized in the name of Jesus Christ for the forgiveness of your sins. (Acts 2:38) 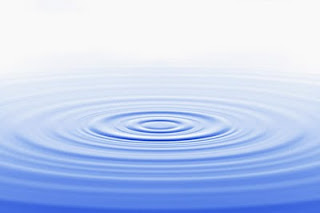 Not too long ago, I had a conversation with a neighbor about baptism. I know, it's not usually the kind of thing you talk about with a neighbor while you walk your dogs. It had clearly been on his mind for a long time, though.

I did think, though, that I might be able to help him understand baptism a little better. And, in case someone else has some of the same question he had, here's a fair approximation of what I said.

Most people who would read this probably know that baptism is a Christian rite (some call it a sacrament) in which either a person is immersed in water, or in which water is sprinkled or poured on him or her. The word is a loan word from Greek: baptizo in Classical Greek meant to immerse or sink. Descriptions of baptism in the Bible as a "burial" (see Romans 6:4, Colossians 2:12), coupled with the word's meaning, indicate that baptism as practiced in the Bible was a submersion in water. It is generally done either to mark entry into the Christian community or to signify the forgiveness of sins. (Or perhaps both.)

Well-meaning believers have debated the meaning, practice, and significance of baptism for centuries. One of the particular debates has to do with the relationship of baptism to salvation: When is a person forgiven of sins and saved? Does he only have to declare his faith in Jesus? Pray a prayer? Or is she saved only after she's baptized?

Well, a little over 19 years ago I stood in front of a group of people in a church, wearing a rented tuxedo, and made promises to a woman dressed in a pretty white gown and veil. I promised to do certain things, be certain things (I honestly don't remember what...) until "death do us part" (or something like that). She made the same promises. We exchanged rings, and then a minister said, “I now pronounce you husband and wife.” (That part I remember, because right after that he said, “You may kiss the bride....”)

Now then. At what point did I go from being single to being married? When the minister pronounced us husband and wife? When we kissed? When we exchanged rings? Legally, we were married the moment everyone had signed the marriage license. So when did my marriage actually happen?

The fact is, you can debate it. You can argue it different ways. But let me tell you a couple of things I know. I know, first of all, that what we did in that church did not of itself mean that we were married. Actors pretend to get married all the time, but no one thinks that TV or movie marriages are actually valid. And, on the other hand, people get married all the time without all the bells and whistles. Gowns, flowers, and rings - even the pronouncement of a minister - don't necessarily mean that a wedding has happened. I know that I did not go from “single” to “married” simply because I showed up at a church and went through the right motions.

You can see the point, I think. Are we saved at our baptism? Well, in one sense, yes. Acts 2:38 is rather clear that "Each of you must turn from your sins and turn to God, and be baptized in the name of Jesus Christ for the forgiveness of your sins.” It's hard to argue with that. Baptism, according to the Bible, is linked to the forgiveness of sins.

On the other hand, Peter writes that baptism, "now saves you by the power of Jesus Christ's resurrection...it is an appeal to God from a clean conscience." (1 Peter 3:21) Yes, he says that baptism saves us. But it saves us "by the power of Jesus Christ's resurrection". It isn't the engine of our salvation. It's the drive shaft that makes the power of salvation real in our lives. It's an appeal to God, who is the one who actually does the saving. It's the moment that an honest, penitent human being can know with absolute certainty that God has washed her soul clean of every sin, past or future.

I make that distinction because we tend to want to make two mistakes with baptism. We want to either ignore it entirely, or elevate it inappropriately. To some, it's a rather outdated ritual only for those without enough faith in the grace of God to trust that they're saved if they'll only “ask Jesus into their heart.” Paul wrote that “all of you who were baptized into Christ have clothed yourselves with Christ” (Galatians 3:27, NIV) If he saw baptism as the moment at which we unite with Christ, clothe ourselves with Christ, I want to be very wary of dismissing it.

On the other hand, neither do I want to try to make it more than it is. “God saved you by his special favor when you believed. And you can't take credit for this; it is a gift from God. Salvation is not a reward for the good things we have done, so none of us can boast about it.” (Ephesians 2:8-9) Baptism is important only because it testifies to and puts us in touch with the work and power of God's grace and Jesus' resurrection in our lives. It is God who saves, not the ritual of baptism or even the good intentions of the one being baptized. The forgiveness of sins and the promise of salvation is a gift. In baptism, we accept that gift. Not because we have faith in the ritual itself, but because we have faith in the promises and intentions that were ratified in the ritual.

I have to assume that most people who are reading this consider themselves Christians, or at least seekers. Wherever you fall there, if you haven't been baptized I hope you'll ask yourself why. What would keep you from sealing your faith in Jesus and your commitment to him with a simple ritual? Wouldn't you like to be able to know that you were “beyond-a-doubt, for-sure” saved as you came out of the water?

And if you have been baptized, I hope you haven't focused on what you did at that moment so much that you've forgotten to appreciate what God did at that same moment. His work was by far the harder and by far the more important.

And for those of you who still think that big tank in the front of the church is a hot-tub and are wondering how to make a reservation...well, I'll have to talk to you later. Save me a dry towel.