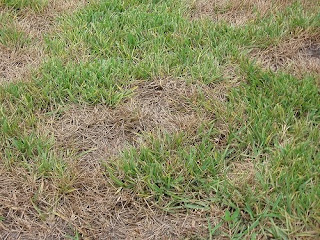 Maybe you've heard of the Mindset List. It's the creation of Beloit College Professor Tom McBride and former Beloit administrator Ron Nief. The Mindset List was originally created to keep faculty members aware of how quickly “contemporary” references in lectures can become dated. Each year, a new list for the entering freshman class is created, and the lists have become something of a yardstick for the passage of time and the changing world we live in. Mostly, it'll just make you feel old. To wit, some excerpts from the Mindset List for the class of 2014....

Most students entering college for the first time this fall were born in 1992. Few in the class know how to write in cursive (Really?), but one quarter of the class have one immigrant parent.

For students in the class of 2014, Buffy has always been slaying vampires. “Caramel macchiato” and “venti half-caf vanilla latte” have always been street corner lingo. John McEnroe has never played professional tennis, and Clint Eastwood is better known as a sensitive director than as Dirty Harry. Fergie is a pop star, not a princess, and Reggie Jackson has always been in the Baseball Hall of Fame. Ruth Bader Ginsburg has always been on the Supreme Court, and the Post Office has always been going broke. And as far as they're concerned, there has always been free trade between the U.S., Canada, and Mexico.

Entering freshmen have never twisted the coiled handset wire around their wrists while chatting on the phone, and they've never owned a computer that didn't have a CD-ROM drive. They've never seen a carousel of slides, and Korean cars have always been common on American roads. As long as they've been listening to radio – if they listen to radio – Nirvana has been on the Oldies station. They may not intuitively recognize pointing to one's wrist as a request for the time, and the name Beethoven has always made them think of a big dog. They have never worried about a Soviet missile strike on the United States. They consider e-mail too slow. And they rarely, if ever, actually mail a letter.

You get the point. A decade or two can make a world of difference in your frame of reference. When I was a college freshman, no one imagined Berlin without a wall. It's been a while, but not that long. The fact is that the world changes around us. We're young, and then one day we're not so young anymore. One day we're welcoming a child into the world, and it seems only the next that we're sitting across a table with someone who's getting frighteningly close to adulthood. One day we're talking with friends about who we're dating or what career path we're on, and the next the topics of conversation have changed to mortgage rates and our parents' declining health.

It seems that we instinctively freak out about change and the passage of time. (“Freak out” - I don't think anyone says that anymore, do they?) We don't like it when things change around us. Hang around an office one day when they upgrade the computers and you'll see it. Or a church when they change – well, pretty much anything. As a rule, change makes us uncomfortable. We develop certain little shortcuts in life, certain little routines that revolve around things staying generally the same. It can be downright unsettling when things change and those little shortcuts don't work anymore.

And, of course, the most unsettling changes of all are the changes that we see in the mirror. A few more lines in the face. A few more gray hairs. A little more width around the middle. The inability to hold what you're reading far enough away from your face to get it into focus. All evidence of the one change in the world that affects all of us most deeply: that one day we won't be here anymore.

Our world screams hysterically that we have to resist the passage of time. It sells us creams and dyes and exercise equipment and clothing and surgeries that will make us look – more or less - like the passage of time isn't affecting us. But that's an illusion, of course, as evidenced by the fact that it gets harder and harder to pull off as the years go by. However loudly our culture screams that we must look untouched by age, you can still hear the rush of the river of time.

“People are like grass, and all their glory is like the flowers of the field,” the prophet reminds us. It's a good thing he does, otherwise we might forget what really matters. We're not built to resist the passage of time, any more than the grass and flowers in a meadow are. We navigate a changing world in dying bodies, and all the hair coloring and pilates in the world won't change that. Oh, in some cases we can improve a little on Job's “three score and ten,” but not by much. “The grass withers and the flowers fall,” the prophet says. “Surely the people are grass.”

“The word of our God stands forever.” Yesterday, today, and tomorrow, what God says is true. What he speaks, exists. Isaiah's point in reminding us of our mortality is to remind us of God's glory. “The glory of the LORD will be revealed, and all mankind together will see it,” he says. “For the mouth of the LORD has spoken.” (Isaiah 40:5)

So bring on your Mindset List, Beloit College. You don't scare me.

I still know how to use a rotary phone, after all.