The wrath of God is being revealed from heaven against all the godlessness and wickedness of human beings who suppress the truth by their wickedness, since what may be known about God is plain to them, because God has made it plain to them. For since the creation of the world God’s invisible qualities—his eternal power and divine nature—have been clearly seen, being understood from what has been made, so that people are without excuse.
For although they knew God, they neither glorified him as God nor gave thanks to him, but their thinking became futile and their foolish hearts were darkened. Although they claimed to be wise, they became fools and exchanged the glory of the immortal God for images made to look like mortal human beings and birds and animals and reptiles. (Romans 1:18-23) 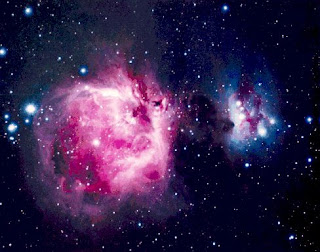 At least for Creation, according to Dr. Stephen Hawking. In his newest book, The Grand Design, the world's best-known physicist explains that “it is not necessary to invoke God to...set the universe going.” He claims that the natural laws of physics that govern the universe, like gravity, are sufficient to explain how planets, stars, solar systems, asteroids, and galaxies could just create themselves from nothing.

“Spontaneous creation is the reason there is something rather than nothing, why the Universe exists, why we exist,” Dr. Hawking tells us.

Hawking claims in his book that the 1992 discovery of another planet orbiting another star deconstructed Isaac Newton's view that the Universe could not have spontaneously arisen out of chaos. He says that the discovery of that planet “makes the coincidences of our planetary conditions – the single Sun, the lucky combination of Earth-Sun distance and solar mass, far less remarkable, and far less compelling evidence that the Earth was carefully designed just to please us human beings.”

So there. God is unnecessary.

Well, I'm not going to argue physics with Stephen Hawking. But he's not arguing physics when he says that God is unnecessary to the creation of the universe – he's arguing theology. And, frankly, he's kind of in over his head.

Paul wrote about folks who looked at the world around them and, instead of seeing the Creator, made gods of his creation. Their mistake was evident in the images of their gods that they created – the best they could do was imagine that their gods looked like the people and other creatures that they were able to see around them. “Their thinking became futile and their foolish hearts were darkened,” Paul says. “Although they claimed to be wise...”

With respect to Dr. Hawking's intellect, all he's doing is making idols of Gravity and Thermodynamics and such. Just as people throughout human history have been prone to worshipping creation instead of the Creator.

It's easier, maybe. Gravity doesn't expect much out of you, after all. (Then again, it doesn't give you a whole lot of comfort when someone you love dies.) It probably goes beyond that, though: It's always easier to believe in things that you can observe and replicate and explain. The thing about God is that he doesn't usually submit to lab experiments. You can't quantify him or build an equation to explain him. Most of the time, he seems to prefer to remain outside the realm of human observation. (With notable exceptions.) And so there will always be people who look at what he made and make gods of it.

If it's that planet and star that are bothering Dr. Hawking, then here's a thought that would have occurred to any third-grader in Sunday School: Is there any reason God couldn't have created that star and planet as well? God didn't create the Universe because Earth isn't completely unique? Not only is that abysmal theology, it's abysmal science.

Even Dr. Hawking's central theory, that natural laws like gravity could have spontaneously created the universe from nothing, is flawed. The whole idea that matter can be created out of nothing through natural processes is observable only through mathematical predictions and models. And the tiny particles that may come to exist destroy themselves almost immediately. No one's ever seen a rock – or even an atom of an element – appear out of nothing. Much less a planet. Or a solar system. Or a galaxy. In short, there's about as much observable, repeatable evidence that gravity created the universe as there is that, well, God did.

Speaking of that, to get a universe you still need a catalyst. A Big Bang, if you will. So you have a big void, nothingness – and then a Bang. A catalyst. “Let there be light,” spoken by a God who was in a creative mood, might do, mightn't it? Something – energy, matter – out of nothing.

I'm not going to argue that Dr. Hawking's theory couldn't have happened – I'm certainly no physicist. I just don't think it best explains the available data. I've never heard of anyone dying for gravity. (Because of gravity, yes – but never for.) I've never heard of someone calling gravity his Father, or claiming that he was raised from death by the power of gravity. I've never seen a life transformed by gravity, either. Never even heard of anyone writing a hymn in praise of gravity. And none of that empirically proves anything either, of course. But, as an alternate theory, I think it better fits the data.

Dr. Hawking may be right. Scientifically speaking, it may not be strictly necessary to invoke God as Creator. Of course, there have always been alternate theories of creation. The pagans imagined that rival gods made the various parts of the world they could observe. Physicists like Dr. Hawking say that natural laws made the universe, or multiverse. Call the rival gods what you like, but that's still what they are: rival gods that cause hearts to darken.

And that's inevitably what happens when God is dismissed as unnecessary. Creatures become lost when they divorce themselves from their Creator. Hearts darken. Thinking becomes futile. And people, again in the words of Paul, “become filled with every kind of wickedness, evil, greed and depravity. They are full of envy, murder, strife, deceit and malice. They are gossips, slanderers, God–haters, insolent, arrogant and boastful; they invent ways of doing evil; they disobey their parents; they have no understanding, no fidelity, no love, no mercy.” (Romans 1:29-31, TNIV)

So maybe you can have a world without God, scientifically speaking.

You just won't want to live in it.

Unless otherwise indicated, all Scripture quotations are taken from The Holy Bible, Today’s New International Version TNIV (r), Copyright (c) 2005 by International Bible Society. All rights reserved.
Posted by Patrick Odum at 9:37 AM