Geocentrism, Segregation, and Other Biblical Doctrines

In the 16th Century: 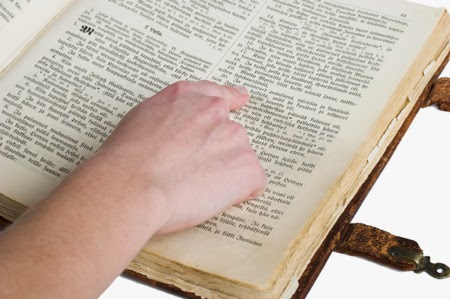 “People gave ear to an upstart astrologer who strove to show that the earth revolves, not the heavens or the firmament, the sun and the moon. This fool…wishes to reverse the entire science of astronomy; but sacred Scripture tells us that Joshua commanded the sun to stand still, and not the earth.” - Martin Luther in "Table Talk" on a heliocentric solar system.

In 1637:
“Sometimes the Scripture declareth women and children must perish with their parents…We have sufficient light from the Word of God for our proceedings.” - Captain John Underhill, defending the Puritan decimation of the Pequot tribe.

In 1846:
“The evidence that there were both slaves and masters of slaves in churches founded and directed by the apostles, cannot be got rid of without resorting to methods of interpretation that will get rid of everything.” - Rev. Leonard Bacon, in defense of American slavery.

In 1869:
“The Bible is the revealed will of God, and it declares the God-given sphere of woman. The Bible is, then, our authority for saying woman must content herself with this sphere…Who demand the ballot for woman? They are not the lovers of God, nor are they believers in Christ, as a class. There may be exceptions, but the majority prefer an infidel’s cheer to the favor of God and the love of the Christian community.”  - Rev. Justin Dewey Fulton

In 1960:
“Wherever we have the races mixed up in large numbers, we have trouble….These religious liberals are the worst infidels in many ways in the country; and some of them are filling pulpits down South.  They do not believe the Bible any longer; so it does not do any good to quote it to them.  They have gone over to modernism, and they are leading the white people astray at the same time; and they are leading colored Christians astray.  But every good, substantial, Bible-believing, intelligent orthodox Christian can read what the Word of God and know that what is happening in the South now is not of God.” - Bob Jones Sr., in his treatise against integration entitled, 'Is Segregation Scriptural?'

One thing that every person quoted above was sure about, without doubt or hesitation, is that the Bible was absolutely clear on the subject he was addressing. They defended a geocentric universe, genocide, slavery, denying the right of suffrage to women, and segregation by appealing to Scripture - and they had no doubts. They weren’t racists, they would have assured us. They weren’t misogynists. They were simply pointing out and defending what anyone could read for themselves in the Bible.
Of course, they would also have had to conveniently ignore the fact that at least some of those arguing the other side of those same issues were also just as convinced that the Bible was indisputably clear and supported their side of the debate.
Ironically, if we want to isolate the primary cause of our culture’s disregard of the Bible, we don’t have to look much farther than the church. Too often, the use of Scripture by Christians eager to defend the Bible’s “obvious” and “clear” meaning has done more harm than good in encouraging those around us to read and listen to and try to live by it. Our use of Scripture, as seen above, has left at best a legacy of embarrassing missteps and at worst a set of catastrophic and tragic consequences in which we have found ourselves arguing for the oppressor against the oppressed. We’ve played our exegetical fiddles while Rome, and the church with it, has burned around us.
The psalmist calls God’s word a lamp, lighting the way he walks on a long and possibly treacherous journey. That’s interesting, on a number of fronts. First off, the lamp and the journey are not the same. The lamp lights up the path ahead so that the holder can move forward, set off on the way. When the church has been at its worst, it’s often because we’ve gotten stuck sitting huddled in the comfortable glow of our lamps, maybe holding them up every now and then to peer down the dangerous path and shake our heads at the difficulty of the journey. God has given us his light as a call to lives of service and ministry, and instead we’ve often used it to stake out comfortable positions along the way and ensure ourselves that our prejudices and preconceptions aren’t only right, but sanctioned by God himself.
That image of light for a long and dangerous journey is also interesting, though, because it does assume that there is a proper path to be illuminated. I think the church’s impulse to find authority in the Bible is right. While most of us probably aren’t satisfied with a view of inspiration that has God dictating the Scriptures word-for-word, we’re not wrong to believe that they are in some way inspired, and therefore in some way authoritative.
In what way, exactly, demands more space than this. To take a stab at it, though, I would insist on a few touchstones for finding authority in Scripture. The first is that Jesus, not the Bible, is primarily the Word of God. The rest of the Bible is to be read through the lens of Jesus, and not vice versa. I know that can be tricky, but it’s fundamental. We are Christians, not Biblians.“What Would Jesus Do?” might be the most important exegetical question of all.
I’d insist that the Bible belongs to the church as a whole, not just the part of it that’s in the majority, or in power, or is most influential at any given time. The church might have seen the evil of slavery long before it did if black Christians had a seat at the interpretive table. We might have a better record on the treatment of women if women’s readings of Scripture were given more of a place in the discussions. The church’s attitudes toward immigration might change if immigrant believers get the chance in our churches to share their understandings of Scripture. It’s no surprise that the most deviant theology gets a foothold in the segments of the church that are most closed to diversity and dissent.
Finally, I’d insist that love - for God and neighbor - be the dominant interpretive key for our reading of Scripture. Jesus said that all the Scriptures hang on those two commands. Love demands that we think of others before ourselves and that we obey God when our own preferences lie elsewhere. Love is the only counter for a reading of Scripture that enshrines the status quo, elevates opinion, and allows the oppressor to go unchallenged.


If nothing else, may we be reminded that often when we say, “The Bible is clear” the loudest, it’s anything but. May we have the courage to recognize that if believers were wrong in their reading of the Bible back then, they might be today. And we might be among them.
Posted by Patrick Odum at 3:32 PM