“Never take your word of truth from my mouth,
for I have put my hope in your laws.
I will always obey your law,
for ever and ever.
I will walk about in freedom,
for I have sought out your precepts..”
-Psalm 119:43-45 (NIV) 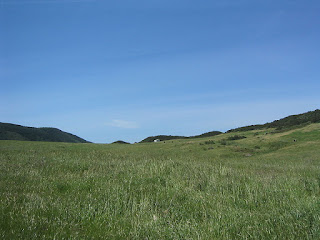 
Enjoy the wide-open spaces of God. They’ll take you an eternity to explore.
Posted by Patrick Odum at 10:17 AM