For the word of God is alive and active. Sharper than any double-edged sword, it penetrates even to dividing soul and spirit, joints and marrow; it judges the thoughts and attitudes of the heart..
-Hebrews 4:12 (NIV) 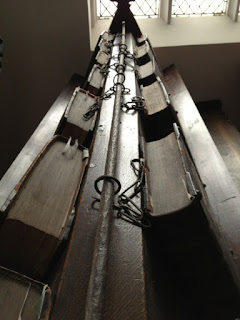 
But don’t just read it, like you read a newspaper or a novel or a cookbook: confront it. Encounter it. Wrestle with it. Wrestle with it on your own, and with people you love. Don’t take the “official” interpreters at their word: take God at his Word. Expect it to be alive, expect it to cut deep, and open your heart to its work. We don’t need to protect the Word of God. If anything, we might sometimes want to be protected from it.