You are the light of the world. A town built on a hill cannot be hidden. Neither do people light a lamp and put it under a bowl. Instead they put it on its stand, and it gives light to everyone in the house. In the same way, let your light shine before others, that they may see your good deeds and glorify your Father in heaven.
-Matthew 5:14-16 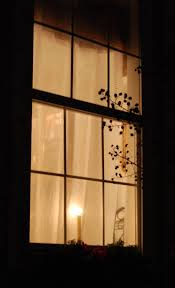 In fairy tales, everyone lives happily ever after. In real life, not all stories have happy endings. Remember that as you read this one.
Red McElroy was a college junior who loved music. His father was a frustrated army pilot, too old for active combat in World War II. His older brother had been a pilot in the Korean War, and was killed when his damaged plane hit the end of an aircraft carrier.Red's mother died when he was 12, leaving Red and his father alone. During Red's junior year, war broke out in Vietnam. His father wanted a war hero in the family. He encouraged Red to drop out of school and join the service.
Red loved music. So he compromised. He dropped out and signed up at a recruiting office to join the army band. After his junior year ended, he left for basic training with the recruiter's promise that the band was waiting for him.
Things didn't work out.
Red didn't get into the Army band. Instead, they trained him to be a helicopter med-evac medic. After his training, before being shipped off to Vietnam, he came home for a visit.
One thing Red loved as much as music was his truck. He washed the truck, inside and out. He topped off the gasoline tank and fluids. He backed it into an unused shed behind his father's house and tied a tarp over it. Then he left for Vietnam.
He wrote home regularly. His letters ranged from excitement, patriotism, and eagerness to fear and frustration. He sounded torn in half by the war, in fact. One part wanted to serve his country. The other part realized there were no winners in war.
The news came one night that Red was missing. His helicopter was shot down. When the wreckage was found, Red was officially declared dead, though his body wasn't found. The funeral arrangements were made. The memorial service was held. Mr. McElroy could never convince himself to accept that his son was dead. "He can't be dead. He's going to be a hero."
Several months after the memorial service, Mr. McElroy had a visitor, a friend of Red's from Vietnam. He handed Mr. McElroy an envelope marked "Last Will and Testament". But Mr. McElroy wouldn't open it. He placed it on the mantel of the fireplace in the house he now lived in all alone. He never opened it.
The next summer, as if to add insult to injury, Red's truck was stolen from its shed. The thief even took the tarp that covered it.
Mr. McElroy lived alone for 12 years. When he finally died of a stroke, neighbors gathered to clean up the house. While they were cleaning, they came across Red's sealed will, still on the mantle. They looked at each other. Shrugged. One of them opened it. The will was a standard printed form. But on the back of page one was scrawled handwriting.
Red's writing.
"I am not dead," it said. "...I must get out. Every time a chopper goes into action, a few of us sign up but don't go. We send dog-tags and boots and uniforms, but we don't go. If the chopper doesn't come back, the extras disappear.
"...I do not know if you'll want to see me again after this or not. Because I cannot be the kind of hero you wanted. If I get all the way out, I will somehow come and get my truck. If you want to see me again, leave the light on in my room for a few days after the truck disappears. If not, I won't embarrass you anymore. No matter what -- Dad, I love you."
Not all stories have happy endings. This one didn't. But you're writing stories. The characters in your stories are the people around you, people who have done disappointing things. And they need to know that there's a Father who still cares for them, however disappointing they've been. They need from you a glimmer of light that says it's not too late to come home.
I'm still writing some of my stories. And I'm wondering if someone looking to me hopefully for the light of God's mercy and grace and love is seeing only the darkened, cold windows of my hurt, or selfishness, or indifference. After reading Red's story, I'm wondering about that. Now that you've read his story, it might be a good time for you to wonder about it, too.
Folks will stand on the outside looking in until they know they’re welcome. No one wants to stumble blindly though the dark, hoping to find their way to someplace warm and bright. We’re called to light the way. The kingdom of God isn’t intended to be a secret society, accessible only by the few who crack the code and find their way in. It’s supposed to be a city on a hill, its lights beckoning to exhausted travelers who need a place to rest. And you and I are the lights.
May we lift high the light of Jesus in our homes, our schools, our workplaces, our neighborhoods. It’s not as hard as we think it is sometimes. Really, it just requires us to follow Jesus, to try in our own imperfect ways to be like him. To shine the light that he’s given us into our worlds.


Let your light shine. Someone needs it to find their way back home.