Though you have not seen him, you love him; and even though you do not see him now, you believe in him and are filled with an inexpressible and glorious joy, for you are receiving the end result of your faith, the salvation of your souls.
-1 Peter 1:8-9 (NIV) 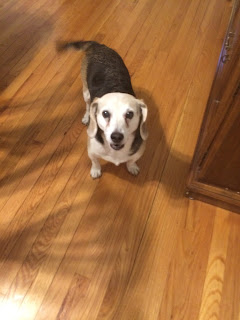 
Come take our dog for a walk one night if you want to see how it’s done.