After this the Lord appointed seventy-two others and sent them two by two ahead of him to every town and place where he was about to go. He told them, “The harvest is plentiful, but the workers are few. Ask the Lord of the harvest, therefore, to send out workers into his harvest field. Go! I am sending you out like lambs among wolves. Do not take a purse or bag or sandals…
-Luke 10:1-4 (NIV) 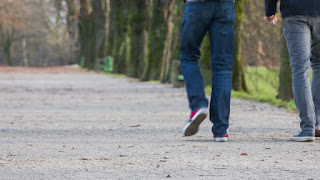 You can call me a disciple, I guess. Just not with a capital D.
I wasn’t one of the main group, the ones we all called The Twelve. They were around him pretty much 24/7. He told them things, I think, that he never shared with the rest of us. People got to know them, just like they got to know Jesus. You know them too, or at least their names: John, Matthew, James, Andrew. Peter, of course. Philip and Bartholomew. Even Judas and the other Judas. Thomas, the one you probably remember as the doubter. The other James. Simon. When I tell people I was a disciple of Jesus, they think I was one of those guys. But you don’t know my name.
The fact is, I didn’t know him that well at all.
It isn’t that I didn’t want to. It’s just that there were a lot of us gathered around him. While The Twelve were almost always with him, the rest of us kind of came and went. I had a home, after all. A family. A job that I had to do. I think I would have liked being with him all the time. Maybe, if I had been, I would have understood him better. I loved the things he said, but I didn’t always get it. Sometimes he talked like a revolutionary, like one of those Zealots who worked for the overthrow of the Romans and the return of the House of David to the throne. But then he’d tell us that if a Roman soldier made us carry his stuff for a mile, we should go another mile. Instead of preaching violence, he preached love. Instead of a God who was raising up an army to wipe out the pagans, he talked about a heavenly Father who would give us what we need, and whose Kingdom was big enough for anyone to enter. He never made you feel like you weren’t good enough, or religious enough, or important enough. He treated everyone around him with compassion and grace.
And the things he did! I saw him heal people, over and over — the blind, the deaf, the lame. Once, I swear to you (oh, he wouldn’t like that!), I saw him feed thousands of people with just a few fish and a few loaves of bread. He drove demons out of people, too. And I even heard stories that he could raise the dead.
So, yeah, we followed him. When he came to my area, I’d catch up with him. Even had him to the house to meet the family a few times. I’d stay with him for a while until I had to get back. I listened to every word he said, too, and tried to live like he wanted us to. So, yeah, call me a disciple. Just not with a capital D.
Except, well, I had one big moment. One day, I heard he was looking for volunteers, so I went and signed up. I was one of the 70 or so that he sent out on a big mission to spread the word of the coming Kingdom of God. He wasn’t going with us, he just sent us out to knock on doors and share the good news that God hadn’t left us, that even now he was inviting people to be citizens of his kingdom, and that one day his kingdom would displace all the other ones that ruled us. He told us not to take any money, not even changes of clothes. He promised us that there were people of peace who would welcome us, and that we should stay with them.
He told us to heal the sick. Yeah. I couldn’t believe it. Me, heal the sick? And he said that when we did, we should say that the Kingdom of God had come near to them. So, you know what? That’s what we did. The first time we went into a town, we started healing the sick. We’d do it in his name, and we were more amazed than anyone when it worked! And we’d tell people, “We can only do this because God is bringing his kingdom near.”
I guess it shouldn't have surprised us that they believed us.
I can tell you this: what we were able to do didn’t come from us. We just went where he told us to go, said what he told us to say, and tried to do what he told us to do. The power and authority to do it — all that came from him. “Even the demons submitted to us in your name,” we reported to him later, laughing with the wonder of it all.
If I deserve any credit for anything, it’s just for the fact that I showed up.
That’s who this guy Jesus is. He doesn’t need the educated religious minds, or the political minds, or even the sword arms of the soldiers. He doesn’t need royalty, because quite frankly he already occupies the highest throne in the universe. He doesn’t even need me, or my fellow disciples (with a small d). But he used us, because we showed up.
This Jesus uses people who show up. Don’t know your Bible too well? Neither did I. Ultra-religious people make you a little squirmy? I feel you. Have some stuff in your life you aren’t too proud of? Same here. But, since what Jesus is doing doesn’t depend on any of that, he can still work with you. Just show up. Show up and trust him. Go where he says go. Say what he tells you to say. Ease the pain of the hurting.  Love the unloved. And I think you’ll find that the demons tormenting the people around you will submit to you in his name, even if just for a little while. And the Kingdom of God will break through into their lives, even if just a little bit.


That’s what it means to be a disciple, after all.