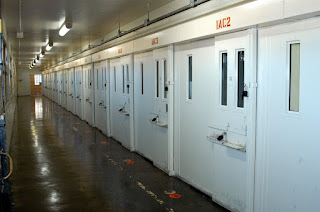 A few thoughts this week. They might not seem connected at first. I think they are. I hope I can show you how.

This weekend is our church’s Vacation Bible School. Some of us have been working to get ready for it, planning and decorating, writing scripts for skits, preparing lessons, making food, and just generally trying to make sure everything is ready for the kids. We think VBS is pretty important because we think it’s an opportunity to teach kids the gospel in a language they can relate to and understand. As much trouble as churches seem to be having in communicating our faith to the next generation, we think of it as a responsibility and an opportunity to host our church’s kids — and with God’s blessing some from the neighborhood as well —  for a few hours on a weekend, and we want to be faithful in how we use those hours.
In some ways, VBS is a cross-cultural mission effort. Ditto for Sunday school classes. It’s trying to speak their language, it’s bringing the gospel to them in their context. We sometimes think of it as simplifying, but I don't think that’s the best way to look at it. The gospel is simple; VBS just reminds us of that and challenges us to communicate it in ways that will resonate with kids.
It gives us a chance to embody Christ’s love for them too, so that we teach with our lives and hearts and not just our words. By spending the weekend with them, we try to communicate that they’re important to us. That’s the shape love usually takes.

Sometime this week our President told a group of four young Congresswomen who have disagreed with his policies to “go back where they came from” and fix the problems in the “totally broken and crime infested places from which they came.” Maybe he meant New York, Minnesota, Michigan, and Massachusetts. (Only one of the four is not a natural-born citizen.) Somehow I doubt it, though.
I don't care who you voted for. I really don’t. But I’ve never heard a President say such things. This is the worst thing I can ever remember hearing a President say about members of Congress, or American citizens in general. Those Congresswomen have a constituency to represent and have every right to question and criticize the President. And he responds like the worst caricature of a Southern redneck I’ve ever seen.
What really angers me about it, though, are the people at his rallies chanting “Send her back.” If polls mean anything, a large percentage of those supporters would claim to be Christians. Many, in fact, would claim a strong faith in Jesus and would be found in church most every Sunday. They’d probably say they pray and read their Bibles and even take their kids to VBS. How can they stand in that crowd and chant their wish to “send back” anyone? Is there no thought given to how that chant might be heard by immigrants — even some who might share communion with them on Sundays?
A Facebook friend of mine posted her anger and disgust about the statement this week. One of her friends posted in response: “I am feeling afraid…I am a black female immigrant…do my fellow Christians feel I should be sent back?”
Well, do we?
I’m reminded of the parable of the Good Samaritan. Jesus told that story to reply to a question: “Who is the neighbor that I have to love as I love myself?” In the story, of course, the people you expect to love their neighbor, the people closest to the man in the ditch, cross the street to avoid him. The neighbor, it turns out, is the one in every way farthest from him. “Who was a neighbor to the man in the ditch?” Jesus asked. “The one who helped him,” came the (reluctant) answer.
We don’t get to choose our neighbors. We don’t get to choose the ones who look like us or talk like us or agree with our politics. “Neighbor” is a verb, and we only love them as we love ourselves when we show compassion and offer help. And we shouldn’t call ourselves Christians if we’re not willing to try to follow one of Jesus’ two main commands. We’re just auditing, at best.

My cousin, Tom Liner, is as full of the love of Christ as anyone I know. He works with Kairos Prison Ministry. In the course of that work he spends a lot of time, obviously, in prisons. He recently sent me a piece he’d written about his experience being with a prisoner named John Peoples on Death Row at Holman Prison in Alabama.
“He talks about his mother and about dying. He has ‘gotten his date,’ as the men say…That morning volunteers and inmates sing together. Charles Runnels, the leader of the volunteers, says, ‘Let’s sing Jesus Loves Me. That is my favorite song.’ And we do, our voices rising somehow clearly in the clatter of that place. We sing a cappella and with joy. We sing the verse through twice, and Charles says, ‘That is all we need to know.’ We stand in a circle and talk about our spiritual struggles and joys, the men from the outside and the men who live here. We share as friends. We hold hands and pray together…
“I went to Death Row at Holman Prison willingly, knowing I would make friends who would die. After all, that is what they are there for…
I wish my friends in Holman D.R. did not have to live like that. I do not understand why a man lives there in a tiny cell for 20 years before the state kills him. I do know some of these men are my friends, and I will be their friend. I know that my God loves them just as much as he loves me. Probably that is all I need to know.”

It’s funny: as I’m preparing for VBS Tom reminds me of the simplicity of the gospel. It is about the fact that Jesus loves me. I don’t know either why Death Row has to exist, but I know what Jesus’ love can do there. I don’t know why we’re so conditioned to hate those who are different from us, but I know that Jesus’ love can drive that hatred out. Probably that is all I need to know.


Jesus loves me…and you, and those totally unlike us in every way we can think of. If I’m grateful for his love,  I must take it and love my neighbor as myself. There is no other choice. This  I know.
Posted by Patrick Odum at 3:53 PM