Life is What Happens to Us

A person plans his course,

but the LORD directs his steps. 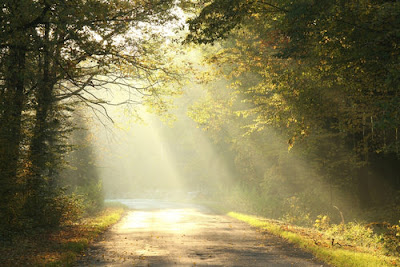 This year, I’ve gotten interested in a British TV show called Car SOS. Each week the show’s hosts, Fuzz Townshend and Tim Shaw, restore a broken-down, rusting-away classic car to factory condition for unknowing owners. The cars are chosen when friends or family of the owner contact the show. The stories are unique, but there’s a theme that runs through every episode: owner loves the car, has always intended to restore it, but circumstances have prevented it. Those circumstances are almost always a medical problem, the medical problem of a spouse or family member that has made the car owner primary caregiver, financial problems, grief and trauma, or some combination. Tim and Fuzz, with family’s or friends’ help, take the car away to their shop, spend a few weeks getting parts, repairing it, and restoring it to like-new condition, and then return it to the owner in a dramatic moment.

I really like seeing the cars, many of them not very common at all or never sold in the US. I’ve learned a little bit about how a car works. But the main thing I’ve taken away is best summed up by a quote I’ve heard all my life: “Life is what happens to you when you’re busy making other plans.”

Haven’t you found that to be the case? How many people do you know who are working in a field far-removed from what they studied in college? How many do you know who have changed careers, gone back for another degree, or started their own business?

Do you live where you thought you’d be living when you were a kid and pictured the future?

Know anyone who swore they’d never get married or have kids, and they’re now taking care of bustling families? Or how about the reverse: Do you know anyone who always intended to get married and have a family, but never found that one they thought they were meant to be with?

I’ve done a lot of weddings and counseled a lot of couples; no one gets married intending to get divorced in a few years. No one thinks that they’ll be dealing with financial issues, or a child with a medical problem or substance abuse problem. No one plans to be financially unable to retire.

No one plans to contract cancer or some chronic medical problem. And no one planned to spend 2020 basically in their houses.

I’ve lived in my neighborhood for over 27 years. As long as I’ve been here, at least once a week I guess I’ve seen a woman and her son. Years ago, they walked together down the sidewalk, her holding his arm to help guide and steady him. In more recent years I’ve seen him on a three-wheeled bike, pedaling while she walks beside him and keeps a hand on the handlebars, helping him steer. The son’s obviously disabled in a profound way, growing physically but, it seems, not much mentally. She’s starting to get older now. He’s in his 30s. She clearly loves her son and is determined to care for him, and I admire her for it. But, I guarantee you, as a young woman looking ahead and imagining what her life would be, she never pictured this.

An old Yiddish proverb comes to mind: a good English translation would be “People make plans, and God laughs.” Sometimes it seems so, but I don’t think I see God that way. That saying suggests that God frustrates human plans intentionally, in a capricious way, just to sort of entertain himself. Maybe that’s reading more into it than is intended, but it’s hard for me to imagine the God who sent Jesus, the God of the Bible, laughing as he maliciously frustrates the plans of that mother in my neighborhood faithfully loving her son just to prove a point.

I think maybe the biblical Proverb above is better: “A person plans his course, but the LORD directs his steps.”

The Proverb doesn’t suggest that it’s wrong or arrogant or pointless to plan your course. I mean, one way to react to the tendency of life to take us in unexpected directions is to expect nothing, plan nothing. That strikes me as careless, directionless, and just not very smart. “People make plans,” the Proverb says. That’s what we do. It’s spoken of like that because it’s a characteristic of human beings that we can all relate to. We keep calendars and save money and plan for college and retirement. We plot out the path we intend to take through life. That self-awareness and intentionality about our lives is part of what makes us human.

But. It’s not wise to see those plans as final. James takes issue with people who make plans without recognizing that those plans depend on “the Lord’s will.” “You don’t even know what will happen tomorrow,” he says. “What is your life? You are a mist that appears for a little while and then vanishes.” So when we make our plans, we should understand — and maybe even say out loud sometimes — that our plans are only provisional. The final right of approval or disapproval is the Lord’s, and we must bow to his will.

The LORD directs our steps. When you see “LORD” written like that in the Bible, it’s because the word used there is the name God revealed to Israel when he made a covenant with him. Through faith in Jesus, we are included in that covenant. So let that word remind you that God is faithful, that he can be trusted with the most sacred plans you make for your life. That he loves you. That he’s with you in whatever direction your life takes. That however your plans may change, he never will.

If life is what happens to us when we’re busy making other plans, then maybe life’s greatest blessings are to be found, not in everything working out just like we intended it, but rather in seeing how God has been faithful to us through the unexpected twists, turns, and blind alleys.

The Psalmist reminds us that “[God’s] word is a lamp  for my feet, a light  on my path.” (Psalm 119:105) God can be trusted. He leads us and directs us through the gospel of Jesus, through revelation, through the presence of the Holy Spirit. He’ll shine light on your way, no matter how twisty the road gets.

So plan your course, by all means. But don’t forget to let him direct your steps.