We are those who have died to sin; how can we live in it any longer? Or don’t you know that all of us who were baptized into Christ Jesus were baptized into his death? We were therefore buried with him through baptism into death in order that, just as Christ was raised from the dead through the glory of the Father, we too may live a new life.

For if we have been united with him in a death like his, we will certainly also be united with him in a resurrection like his. For we know that our old self was crucified with him so that the body ruled by sin might be done away with, that we should no longer be slaves to sin — because anyone who has died has been set free from sin….

In the same way, count yourselves dead to sin but alive to God in Christ Jesus. Therefore do not let sin reign  in your mortal body so that you obey its evil desires.. 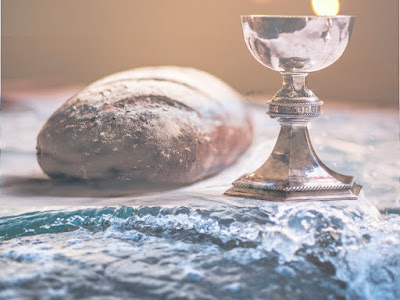 Please forgive me for saying so, but baptism is kind of embarrassing, isn’t it?

Oh, I still believe more or less what I was taught since I was a child: that baptism is important, that it “washes away sins” and connects us with Jesus and that it’s the place where the Holy Spirit descends on us like that dove did Jesus in the Jordan River. I’m definitely on board with the concept.

It’s the execution of it that can be a little embarrassing.

First of all, baptism usually necessitates a clothing change. Awkward. Then there’s the whole thing of dunking someone in a tank of water. (No one ever looks photo-ready when they first come up.) Not to mention that it has always seemed to me to be a little…anticlimactic. It’s a big moment, the culmination of maybe years of faith development and then, on the chosen Sunday — splash — it’s over in just a few minutes, counting the wardrobe change.

In my last post, I mentioned an editorial by former Christianity Today managing editor Mark Galli, in which he suggests that baptism and communion — two things that Jesus explicitly tells us to do — have lost their importance in many segments of Christianity. He suggests that part of the reason for that is the discomfort I refer to above: outsiders, and, increasingly, even Christians, see baptism as too weird. We don’t see that it has much meaning to visitors. We even wonder what such a strange tradition should mean to us.

Galli goes on to suggest that baptism and communion are important precisely because they make us turn from contemplating our own feelings. He writes:

“Rather than encouraging us to ponder the feelings that are going on inside us, the sacraments require us, however briefly, to focus on God and what he has done for us in Jesus Christ.”

I think that this might actually be the heart of the matter.  It seems to me that Christians today tend to think that what happens in a worship service is only significant and meaningful if it excites us, fires us up, fills us with joy and determination and peace. But is it really true that nothing of significance has happened when we’re together as the church unless we’re all feeling something?

Look at Romans 6:1-12, for example. Paul has been wrestling with a conundrum, or at least what some people might perceive as a conundrum: if we’re saved by God’s love and grace, not by things we do to put ourselves in his favor, then where’s the incentive to live a godly life? He’s just written, “where sin increased, grace increased all the more”; so why not “remain in sin so that grace may increase?” There was probably no one who’d actually say that out loud, but some of Paul’s stricter critics were likely suggesting that as the logical outcome of his theology. If God really does save us by pouring out as much grace as necessary to forgive our sins, then what motivates us to change our lives?

In answer, Paul points to our baptism.

Baptism reminds us of some things we should know. Baptism is sharing in Christ’s death and resurrection: just like him, our old selves — the selves “ruled by sin” — have been done away with so that we can live a new life, a resurrected life in which we’re “set free from sin” and live to God as well. So you don’t offer yourself to sin; instead, you offer yourself to God as an “instrument of righteousness.”

These are all things you should know, Paul says, from your baptism. You may feel at a given moment as though sin has control of you; your baptism should assure you that it does not. You may feel sometime as though you can’t be an instrument of righteousness; your baptism should tell you that you can. It may feel like you’re the same old person; baptism speaks a louder word that you are not. Baptism makes you turn from your subjective feelings of the moment to an assurance that is beyond you and outside you.

But it’s not just about what you know, is it? Go back through those first verses of Romans 6 and notice that some things happened at baptism — not things you did, but things God did. The verbs tell the story: we were united with Christ. We were raised with Christ. We were set free from sin. We died to sin. Baptism reminds us of some things that we should know, but it also assures us of some things that have been done to us and for us. This is why baptism is a sacrament, not just an ordinance: it assures us of what God has done for us in Christ.

We ask the wrong question, I think, when we ask if a person can be saved without baptism. What we ought to be asking is, “Do you ever need assurance of your salvation?” If the answer to that question is Yes — and I think every believer who’s honest would have to admit that at times they’ve needed assurance — then why would you not be baptized?

There will be times when your feelings will not line up with what’s true. That’s not a knock on feelings; God has made us feeling as well as thinking creatures, and feelings are an essential part of being human. But try to operate off feelings alone and you’ll find yourself grasping in the dark for anything that will make you feel the way you think you should.

Baptism reminds us of who we are and what God has done for us. As strange as it might seem, it matters.