Go and make disciples of all nations, baptizing them in the name of the Father and of the Son and of the Holy Spirit… 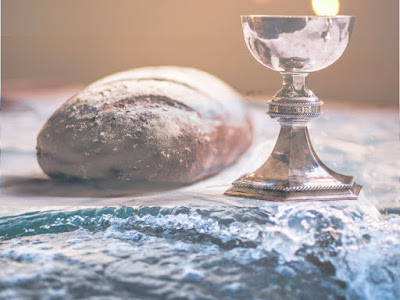 As I write this, I’m reminded of an old joke.

There was a preacher who, every Sunday, preached on baptism. The correct theology of it, the correct practice of it, encouraging his hearers to be baptized: Every Sunday this guy was hammering baptism.

The elders of the church had spoken to him about it a couple of times. They told him that they also appreciated the importance of baptism, but that there were also other issues and struggles that the church needed to hear him speak about. They couldn’t seem to get through to him; every Sunday the subject of his sermon continued to be baptism.

Finally, they came up with an idea. They told him that, going forward, they’d be assigning his lesson text each week. He was free to handle it as God led him, but he must base his sermons on the text they’d assign him. The following week’s lesson, they told him, would be on the Creation story.

So Sunday morning came, and the preacher stepped into the pulpit. “I’ll be preaching this morning from the Creation story. The text is Genesis 1:1-2:

In the beginning God created the heavens and the earth. Now the earth was formless and empty,  darkness was over the surface of the deep,  and the Spirit of God  was hovering  over the waters.

Then, giving the congregation a long look, and especially the elders, he hammered a fist on the pulpit and said, “Which brings me to my subject this morning…”

OK, yes, that’s kind of a long way to go for a joke that’s not that funny. But, coming as I do from a church tradition that can find baptism in most any biblical text, it always kind of makes me chuckle.

A couple of years ago, while he was still Editor-in-Chief of Christianity Today, and as dialed in to trends in the evangelical Christian world as anyone, Mark Galli wrote an editorial called Whatever Happened to Communion and Baptism? He included some anecdotal evidence that “[baptism and communion] are in a profoundly low state in many areas of evangelical church life.”

He cited large megachurches in which communion “is something that is presented during the offering, at a small table holding crackers and juice on the side aisles for those who feel so led to partake. Sometimes this is accompanied by the words of institution, but sometimes it is not.”

He mentioned his experience at his own church, which attracts many students from a prominent evangelical university nearby. He talked about how so many of these students — “no doubt some of the most earnest, devout, and intelligent young believers in the evangelical world” have not been baptized. “One would have thought that their churches would have attended to this matter long before they left home for college,” he says.

Again, anecdotal evidence, to be sure. But I suspect he’s not far off in his assessment that the sacraments (or ordinances, if you prefer) of baptism and communion are seriously neglected in some parts of the Christian world. I think there are numerous reasons for this. One is that both rites would be perceived as a turnoff to unbelievers, that non-Christians who might be in the service would feel disconnected and out of the loop if they had to sit through them. That takes for granted, of course, that a church’s worship assembly should be treated primarily as an entry point for non-Christians. I’m not convinced, myself.

But, I suspect, that another large problem with the observance of communion and baptism is that they’re considered by many Christians to be meaningless. And apparently to many Christian leaders, else they might say more about their significance. I think the struggle here is that so many Christians think that what happens in a worship service is only significant and meaningful if it makes us “feel all the feels.” If it doesn’t make me teary or fluttery or give me goosebumps or a shot of adrenaline, then nothing real happened.

Galli makes the point, and I think it’s a great one, that baptism and communion are important precisely because they make us turn from contemplating our own feelings. He writes:

“We are required to look outside ourselves, to the physical means by which Christ blesses his people. Rather than encouraging us to ponder the feelings that are going on inside us, the sacraments require us, however briefly, to focus on God and what he has done for us in Jesus Christ.”

We spend lots of time every week thinking about how we feel. When we participate in the Lord’s Supper or share in a person’s baptismal moment, we remember Christ’s death and his resurrection as the means of our own salvation.

Now, I’m part of a church that continues to emphasize baptism; in fact, we see in Scripture that the moment of conversion to Christ and the moment of baptism are usually (though not always) entangled. We’ve even been accused of believing that baptism itself saves us; we don’t, but it illustrates how closely we hold baptism and salvation together.

We also continue to share in communion every week. We see in our Bibles — a little too woodenly, perhaps — a reason to believe that the early church considered weekly communion important.

Still, the fact that we practice both baptism and communion doesn’t guarantee that we don’t fall victim to the same sorts of problems as churches that disregard them entirely. Starting next week, I’ll make some suggestions about first baptism and then communion: How can we continue to observe both of these theologically and historically important acts in ways that cause us to “look outside ourselves” and fix our eyes on Jesus?

May the acts of baptism and communion — acts that have blessed our spiritual ancestors for two thousand years — continue to be seen as a blessing by us as well.