They devoted themselves to the apostles’ teaching  and to fellowship, to the breaking of bread  and to prayer. Everyone was filled with awe at the many wonders and signs performed by the apostles. All the believers were together and had everything in common. They sold property and possessions to give to anyone who had need. Every day they continued to meet together in the temple courts.  They broke bread  in their homes and ate together with glad and sincere hearts, praising God and enjoying the favor of all the people.  And the Lord added to their number  daily those who were being saved. 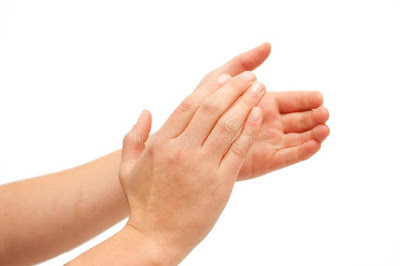 I was just taking a look at some recent survey results by the Barna Research Group. It made me think of my tenth wedding anniversary.

Back then I wasn’t nearly as smart as I am now, and I made the mistake of asking Laura, “So what’s one way I can be a better husband?” I know. I already admitted I wasn’t so smart back then.

What I was hoping, of course, is that Laura would smile and tell me how lucky she was to be married to me, thus confirming what I kind of already thought: that I was a pretty good husband.

I also recognized the possibility that she might have some sort of sweetly-worded constructive criticism that would push me over the top from “pretty good” to “the best husband any woman ever married.”

Have I mentioned that I wasn’t so smart back then?

The answer I got was neither of those. Laura rolled her eyes, sighed deeply, and said, “I wish you’d just take the garbage out without my having to ask.”

To which I almost replied, “Maybe you shouldn’t ask so often.” At least I was smart enough not to say that.

Now, that may not seem like such a stinging criticism, and it isn’t. She wasn’t wrong, either. But it hurt a little because I really thought I was far beyond such petty oversights. That so basic a change was the very first thing she thought of challenged the basic assumptions I had about my husband-ing skills.

Self-awareness is an important thing.

The research I saw highlights what might be a pretty serious self-awareness gap on the church’s part.  What it demonstrates is that there’s a wide gap between how non-Christian people see the church versus how people who attend church see it. The numbers say that the more unchurched you are and the younger you are, the less favorably you see the church.

Well, those are exactly the numbers the church is looking at according to this survey. It’s great that 80% of our members speak highly of us. But it’s a big problem that only 21% of those we’re trying to reach have positive thoughts about us.

Some other statistics from the survey:

48% of unchurched adults in the US don’t trust Christian pastors and church leaders.

53% say pastors have been strong community leaders during the COVID pandemic and in regard to racial justice.

35% of unchurched adults say that churches are irrelevant to them.

38% say we’re detached from real issues their community is facing.

It’s true, of course, that Jesus told his disciples that if the world hated him, then they’d hate them too. But this survey doesn’t suggest to me that unchurched people who dislike us do so because they dislike Jesus. It suggests to me that they dislike us in large part because we haven’t, in fact, been much like Jesus.

Acts 2:47 says that the early church “enjoyed the favor of all the people.” A few chapters later, though the text says that folks were a little skittish about associating with them (given what happened to Ananias and Sapphira, I suppose), “they were highly regarded by the people.” Luke seems to make the point that it was the church together in their functions of teaching, fellowship, sharing hospitality, prayer, and generosity — and that they did these things with “glad and sincere hearts” — that created this positive opinion.

We can’t ignore those numbers, but they don’t tell the whole story. There are many churches in many places doing faithful work in their communities. What we can do is be self-aware enough to recognize that just because we think of ourselves as loving doesn’t meant that our communities do. Maybe we should be asking folks more regularly, “What do you think of us?” And listening to their answers with humility.

Surely, we can be faithful to our work of teaching, fellowship, sharing hospitality, prayer, and generosity. When we do these things, we’re most faithful to our calling and most like Jesus. It’s when we do other things that we contribute most to divisiveness. Not everyone will like everything we say and do. But teaching, fellowship, sharing hospitality, prayer and giving keep us centered on gospel things. If people object, let it be to the gospel.

And let’s do these things with hearts as glad and as sincere as our spiritual forefathers way back then. Let joy and a sincere humility be what we’re best known for in the future. Let people be drawn to Jesus because they see in us a deeply-rooted joy that circumstances around us can’t choke out. Let them see his genuineness and integrity in our lives. May they detect in us no hypocrisy or ulterior motives.

Maybe, if we’ll make it our business do these things in these ways, people who see numbers like these in the future will say, “That's not the church I know.”

And maybe God will add to our number daily too.